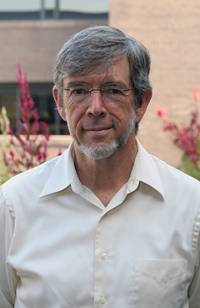 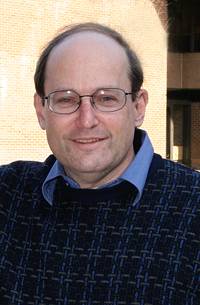 Below left: One of the first thematic programs planned by the new Princeton Center for Theoretical Physics, titled “The Big Bang and Beyond,” will focus on the origins of the universe. The program will examine new questions raised by findings of the Wilkinson Microwave Anisotropy Probe (WMAP), a collaboration between NASA, Princeton and other institutions that produced a snapshot of the universe in its infancy. This image shows the WMAP satellite (at right) observing the evolution of the universe over 13 billion years, from the afterglow of the Big Bang (at left) to the structure of galaxy clusters we see today.

Princeton has established a new center to promote the exploration of frontiers in the theoretical natural sciences. Beginning in fall 2006, the Princeton Center for Theoretical Physics will bring together faculty, postdoctoral fellows and students from science departments across campus to study topics ranging from the Big Bang to quantum computing to evolution.

“This is an exciting venture for the University that we believe will be immediately recognized as a site where some of the most important theoretical work around the world is being done,” said President Shirley M. Tilghman. “The center’s unique framework will enable our distinguished scientists to collaborate on key problems intersecting many disciplines. We also expect it to serve as a magnet for some of the brightest and most creative young minds seeking innovative paths for their careers.”

The center will be housed within the physics department in Jadwin Hall and led by director Curtis Callan and associate director Paul Steinhardt, two of the University’s leading theorists.

“A motivation for the center is the growing realization that some very exciting challenges in theoretical science arise when we ask what theoretical physics can do to help comprehend the new phenomena and enormous amounts of high-quality data that other disciplines are now producing,” said Callan, the James McDonnell Distinguished University Professor of Physics and a leader in the fields of particle physics and string theory.

“In discussions among a group of faculty over the last year, we came to the conclusion that Princeton is remarkably well-placed to foster such developments: It is a leader in theoretical physics and it has an unusual number of faculty in other departments — including chemistry, engineering, molecular biology and genomics — who are trained in theoretical physics,” he said. “The purpose of the center is to create a framework in which these people can work together to expand the boundaries of theoretical science.”

In his role as director, Callan will report to A.J. Stewart Smith, chair of the University Research Board and the Class of 1909 Professor of Physics. “This center recognizes the path to the future — that theoretical physics is finding applications and connections well beyond its core,” Smith said. “We really look forward to the give-and-take with other disciplines.”

“Theoretical physics has been expanding its boundaries,” added Steinhardt, the Albert Einstein Professor of Science, a physicist whose research has helped shape understanding of the origin of the universe. “In addition to making tremendous progress in its traditional areas of investigation — such as fundamental physics and astrophysics — theoretical physics has been crossing more and more into biology, chemistry and materials science. Theorists have to be prepared, motivated and capable of exploring this wide range of areas.”

In addition to the director and associate director, the center will be guided by a corps of senior faculty fellows appointed on a rotating basis and representing various departments and research interests. The initial senior fellows are Ravindra Bhatt of electrical engineering; William Bialek of physics and the Lewis-Sigler Institute for Integrative Genomics; Igor Klebanov and Shivaji Sondhi of physics; David Spergel of astrophysical sciences; and Salvatore Torquato of chemistry and the Princeton Institute for the Science and Technology of Materials. Their chief roles will be to solicit proposals for the center’s thematic programs and to recruit and mentor the center’s postdoctoral fellows.

The thematic programs will be chosen from proposals submitted by Princeton faculty. Plans call for two thematic programs per year, beginning in spring 2007 with “The Big Bang and Beyond” and “Frontiers in Quantum Computation” (see related story).

The programs will engage faculty, researchers and students in discussion groups, seminars and graduate courses. Advanced undergraduates will be encouraged to participate in the programs, which will broaden their perspectives and generate a rich source of junior paper and senior thesis topics.

The center currently is working to recruit its first postdoctoral fellows. Each year, the center will conduct a search across all the natural sciences for three theorists who have demonstrated exceptional promise. They will be free to pursue research wherever their interests lie and will play a central role in the intellectual life and activities of the center during their three-year fellowships.

“They need to have a core of traditional training in theoretical physics and a willingness to take that training into some new territory that’s not fully mapped out. That’s not what you normally get to learn how to do as a postdoc,” Callan said. “We’re trying to generate a cadre of people with a certain set of skills and attitudes toward science who also have this wanderlust or adventurous spirit built into them.”

Steinhardt said, “We will be attracting the best and brightest from various fields, people who will enjoy being exposed to science outside their narrow area of graduate research. I think that the center will be an important training ground for the next generation of theorists.”

Smith added that the center’s programs will be attractive to postdocs and graduate students “who are inspired and want to do something a little bit unusual, who want something more challenging and novel.”

In pursuing its goals, the center will be able to build on the traditional strengths of Princeton’s physics department, where theoretical breakthroughs have led to many ideas underlying the current understanding of matter, energy, space and time.

Daniel Marlow, chair of the physics department, said, “Princeton has long been famous for theory. The new theory center will help us maintain our pre-eminence in this key aspect of science.”

The new center also expands Princeton’s numerous efforts to foster interdisciplinary research and teaching in the sciences. “There is an enormous opportunity here to do cutting-edge work on the frontiers of scientific knowledge,” said Provost Christopher Eisgruber. “It’s particularly important to Princeton right now because theoretical physics is not only a venture significant in its own right, but also one that is increasingly a glue that holds together other parts of the sciences.”

Daniel Rubenstein, chair of the Department of Ecology and Evolutionary Biology, said the interdisciplinary nature of the center will be beneficial to his and other departments.

“So much of biology today focuses on dynamics, whether in relation to individuals sorting themselves into groups, genes interacting to produce organisms or centers in the brain competing to influence decision-making,” Rubenstein said. “Since solving these complex problems requires interactions among natural scientists with different perspectives and tools, Princeton’s new Center for Theoretical Physics should become a vibrant place where the next generation of conceptual and empirical thinkers can come together to solve them.”

For more information on the Princeton Center for Theoretical Physics, visit its Web site.