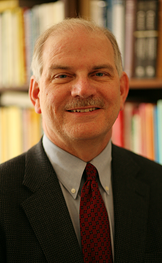 H. Vincent Poor, a Princeton alumnus and professor of electrical engineering known worldwide as a distinguished researcher, teacher and innovator, has been named dean of the University's School of Engineering and Applied Science, effective June 1.

Poor will succeed Maria Klawe, who announced in January that she will leave Princeton to become president of Harvey Mudd College in California. Klawe led the engineering school through an important strategic planning effort and into a period of major growth.

"Vince Poor exemplifies all the qualities we seek in a Princeton professor: He combines world-class scholarship with a true dedication and gift for teaching," said President Shirley M. Tilghman. "Both of these qualities -- along with his great personal warmth -- will serve him and Princeton well as the engineering school moves ahead with its very exciting vision for engineering research and education."

"I am thrilled to be taking on this role and am honored that my colleagues and the University administration have entrusted it to me," said Poor. "The engineering school is on the threshold of great things. Maria's leadership in creating a vision for the school -- and the way that the faculty have rallied around that vision -- set the groundwork for taking the school to a new, even higher level."

"We're moving full-speed ahead," he added.

Poor earned bachelor's and master's degrees in electrical engineering from Auburn University, and completed a Ph.D. in electrical engineering and computer science at Princeton in 1977. Currently the Michael Henry Strater University Professor of Electrical Engineering, he joined the Princeton faculty in 1990 after 13 years at the University of Illinois-Urbana/Champaign. He also has held visiting positions at a number of other institutions, including Imperial College (London), Harvard and Stanford.

In 2005, Klawe appointed Poor to be the founding director of the Center for Innovation in Engineering Education, an initiative to prepare all students -- both engineers and non-engineers -- to be leaders in an increasingly technology-driven society. As center director, he led a group of 10 faculty members from seven departments in creating an alternative freshman engineering curriculum that integrates math, physics and hands-on engineering projects into a unified course series.

Through the center and his own teaching, Poor also has emphasized the need to engage non-engineering students in courses that examine technological issues that shape and are shaped by society. In 2000, he created a course called "The Wireless Revolution," which explores the technical, social and economic dimensions of wireless communications. The course quickly became one of the most popular on campus with enrollments of more than 200 students.

The National Science Foundation recognized Poor's contributions in 2002, presenting him with the Director's Award for Distinguished Teaching Scholars, the foundation's highest honor for excellence in both teaching and research. He received the engineering school's Distinguished Teaching Award in 2003 and the Institute of Electrical and Electronics Engineers (IEEE) Education Medal in 2005.

Poor also has maintained a very active research program. In 2005, he published a book, 25 journal articles and 26 conference papers. He supervised nine graduate students and six postdoctoral researchers working on 10 separately funded projects. He received two patents and served as editor-in-chief of a leading journal, the IEEE Transactions on Information Theory.

An elected member of the National Academy of Engineering and a fellow of the IEEE, Poor is an authority on wireless communications and signal processing. His graduate-level textbook, "An Introduction to Signal Detection and Estimation," is considered the definitive reference in its field. He is also a fellow of the American Academy of Arts and Sciences and a recent Guggenheim fellow.

As dean, Poor said a top priority will be to build on the core elements of the school's strategic vision: setting a new standard for engineering education with an emphasis on innovation and leadership; and conducting cross-disciplinary research that has a major impact on national and global problems.

Poor said he wants the school to leverage its already significant collaborations with the broader University in areas such as biological engineering, neuroscience, environmental science, materials science, information technology policy, finance, architecture and music. "This is happening already, but we want to make these collaborations as easy as we can," he said.

"At the same time, we must maintain our emphasis on fundamental research, which has been a hallmark of Princeton engineering," Poor said.

It also is critical for the school to build its relations with industry and government, both to provide a real-world context for education and to maximize the impact of Princeton research in solving problems and creating opportunities, Poor said. His own experience has included consulting relationships with more than a dozen corporations and government labs.

Tilghman's decision to appoint Poor followed three months of intensive work by a nine-member search committee chaired by Sharad Malik, the George Van Ness Lothrop Professor in Engineering, and including representatives across engineering and the sciences. Malik said the committee met with about 100 faculty members, students and administrators, both from within and outside Princeton, and defined three main qualities it was seeking: strong leadership, scholarship and teaching.

"Vince clearly excels in all these qualities, and he has a great openness and willingness to listen," said Malik. "Maria has done a wonderful job uniting the school behind the strategic vision, and Vince has the combination of skills that will maximize this momentum."