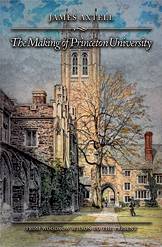 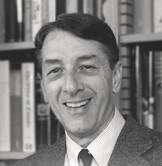 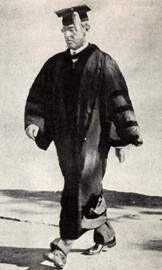 In his new book, Axtell credits Woodrow Wilson with providing the foundation for Princeton to become a leading university. Here, Wilson walks to his last Commencement as University president in 1910. (Photo courtesy of the Princeton University Archives)

When Woodrow Wilson took over the presidency of Princeton University in 1902, the college was a small institution with about 1,300 students and modest ambitions. Wilson’s plan for transforming the University — by radically upgrading the faculty, the curriculum and the graduate school — laid the groundwork for Princeton to become one of the nation’s pre-eminent universities.

The story of that transformation is told in “The Making of Princeton University: From Woodrow Wilson to the Present,” published this spring by Princeton University Press. The author, James Axtell, is the Kenan Professor of Humanities at the College of William and Mary.

Axtell recently spoke about what made Wilson such a pivotal figure in Princeton’s history and the significance of Princeton’s relatively small size.

You graduated from Yale and Cambridge. Why write a book about Princeton?

For a short research paper in junior-year high-school English, I chose — for reasons that defy explanation — Woodrow Wilson as president of Princeton. I had no personal interest in Princeton, but I think I was intrigued by the notion of a future U.S. president apprenticing as a college professor and president. A photo in one of my sources of Wilson walking to his last Commencement in cap and gown, head down, looking defeated, apparently went deep into my subconscious. Some 35 years later, in some random volumes of the Princeton Alumni Weekly that I purchased at a Firestone Library sale en route to a Maine vacation, I saw the picture again and realized that it was something I wanted to explore and explain. After eight books on colonial Indian-European relations and the end of a six-year involvement in the Columbus Quincentenary, I decided to return to my first love, the history of higher education, and to write a new kind of college history.

By then I had also become intrigued by Princeton’s growing ascendance in the academic pecking order, due largely to Bill Bowen’s and Harold Shapiro’s forceful building of the faculty in numbers and intellectual power. I wondered what, if any, connection existed between Wilson’s promising start and Princeton’s recent success.

How does your book differ from other college histories?

Most college histories make pretty dull reading because they’re terribly eclectic in content and don’t distinguish the primary, interesting topics from the secondary or tertiary. The primary focus of any college or university is — or should be — the educational process. Everything else — administrators, architecture, fund raising, stadiums, trustees and policy-making — exists to support the educational encounter between students and faculty, largely in the curriculum, and between the students themselves, largely in the extracurriculum and pervasive student culture. So that’s my organizing principle, rather than presidential regimes. The major topics I chose were the six educational features of any great university, particularly Princeton: faculty, students, graduate program, library and labs, art museum and university press.

I also bring to the study of Princeton’s distinctive culture my anthropological background in ethnohistory. In a sense, I treat the strange Tiger tribe, particularly its student moiety, as I would the cultural strangeness of the 17th-century Iroquois or 18th-century Moravians. I simply asked elemental questions and searched for the primary sources to answer them. Like an anthropologist doing fieldwork, I became a “participant-observer” in frequent research trips to Princeton. Obviously, I knew a great deal about universities like Princeton, but I couldn’t assume that I knew what made it distinctive and different from the others I had known. I especially couldn’t assume that I knew much about it historically. So I had to do my homework, as I would for any other book.

I began at both ends of the chronology. I bought the first 22 volumes of the Princeton edition of “The Papers of Woodrow Wilson” and the volumes from 1939 of the Princeton Alumni Weekly. Of the latter I made an extensive topical index, so I could retrieve information on almost any topic in Princeton’s past. I read the transcripts of extensive interviews conducted by two of Wilson’s biographers in the 1920s, ’30s and ’40s with virtually all of the living people who knew Wilson. Then in the archives in Mudd Library I filled in the gaps. I enjoyed a Friends of the Library summer fellowship in 2000 to pursue that research.

I conducted few formal interviews, but I did talk to a lot of folks — students, faculty and administrators, librarians and art museum staff, Princeton University Press editors and directors — often to locate the best documentary sources and to be alerted to interpretive pitfalls to avoid in trying to understand Princeton’s special culture. I was fortunate because both PAW and University: A Princeton Quarterly, a wonderfully informative magazine edited by William McCleery in the 1960s and ’70s, contain numerous interviews with and profiles of key faculty and administrators, as does The Daily Princetonian.

I did send e-mail questionnaires to all graduate school alumni, the art and archaeology faculty, and several current and former staff members of the Princeton University Press, which proved very useful. And if I had further questions, I simply e-mailed former presidents, current faculty and staff for guidance and information. Everyone was terribly accommodating, which I found to be one of Princeton’s distinctive features: a collegial administration and faculty that put education and research, even an outsider’s, at the forefront.

What made Wilson such a pivotal figure in Princeton’s history?

He was the architect of Princeton as a modern university; his blueprint is still being followed in its essential lines. In eight years he reformed and rationalized the curriculum, improved and enlarged the faculty by 50 percent, and adjusted governance to fit the new realities. He confirmed Princeton’s penchant for Collegiate Gothic. Most of all, he established a realistic and distinctive long-term goal for Princeton: to be selective in what it attempts, but to be absolutely first-rate in all it does. This selective excellence meant that size was not important, only quality. And by quality he meant primarily intellectual quality. He also put a premium on the liberal arts and sciences, and promoted only graduate and professional studies that emphasized those fundamental strengths. As the most popular undergraduate teacher in his day, he continued to give the undergraduates precedence in the University.

He did all this with a combination of uncommon eloquence, personal charm — especially when recruiting faculty members — clear vision born of spiritual conviction and intellectual passion, and great energy. Nevertheless, he failed to curb the power of the eating clubs, to build “democratic” residential quads for all four classes, and to place the new Graduate College in the heart of the campus, where graduate and undergraduate life and study would form an “organic” whole, partly because of some health problems that temporarily affected his personality and judgment, partly because of some rough alumni, trustee and decanal politics.

What were the most surprising things you found?

How apt and eloquent Wilson’s educational vision was, and how readily the University continued to adopt his blueprint and to adapt it to its changing needs. At the same time, how reviled he was by some of his powerful alumni and trustee opponents, who prevented the University from honoring him until after World War II, when President Dodds and, later, President Goheen rehabilitated his reputation locally and nationally. No statue of him nor any building was named for him while those trustees remained on the board. So deep was their animosity that when two of Wilson’s admirers offered to build a new library in the 1930s — which Princeton had badly needed for at least 20 years — they forced the board to reject the offer because it would have carried his name.

I was also surprised to learn what a math and science powerhouse Princeton was as early as the late 1920s. This was one of the reasons the Institute for Advanced Study was founded in Princeton, where it shared University facilities until its own could be built nearby. It was not by chance that in 1933 Albert Einstein was recruited by the institute, whose early fellows shared offices with the math department.

How was the decision to admit women made and has it improved overall academic performance?

The tenuous late 19th-century precedent of Evelyn College for Women on Nassau Street was all but forgotten by the late 1960s when President Goheen, the faculty and the trustees moved Princeton toward coeducation. At first Goheen, the father of four daughters and one son, entertained the notion of moving Sarah Lawrence to the opposite side of Lake Carnegie as a coordinate college, but that was a total mismatch and too expensive and went nowhere. He had come to the realization that Princeton could no longer ignore the education of one-half of the nation’s potential leaders and the full human education of the other half.

When Yale began to move in a similar direction at the same time in 1969, Goheen and the trustees threw open the doors to women, much to the delight of the male student body. Since the faculty was overwhelmingly in favor, only elements of the alumni had to be persuaded. Princeton women not only brought higher academic credentials and challenging new perspectives, their athletic prowess and team successes soon won the hearts of die-hard alums.

What is the library’s importance?

Princeton’s libraries were small, cramped and inadequate until Firestone was built in 1948. Firestone was very carefully planned over two decades to accommodate Princeton’s distinctive educational philosophy. Based partly on the experience of the art and archaeology department with the world-class Marquand Art Library, Firestone was designed to put student reading and work areas and faculty studies in the midst of appropriate subject collections in the stacks. The Department of Rare Books and Special Collections and the large comprehensive collection in general were meant to serve both faculty and student researchers, particularly senior-thesis writers. When Firestone opened, it was the largest open-stack university library in the country. It still serves its original purposes extremely well because it was built in adaptable standard-sized modules and can be expanded in several directions underground, as it has been on three occasions.

What is the significance of Princeton’s relatively small size and its exceptionally low student-faculty ratio?

Princeton has all the advantages of a larger research university and of a smaller liberal arts college rolled into one. It is the poster child of the “collegiate university” or, as former Dean of the Faculty J. Douglas Brown liked to call it, the “liberal university.” Its 5-to-1 student-faculty ratio — one of the lowest in America — makes possible numerous small-group learning experiences, as does the senior thesis, Princeton’s distinctive curricular requirement. Because Princeton expects all faculty to teach as well as to research, and all faculty teach both graduate and undergraduate courses and supervise both theses and dissertations, Princeton professors have a tough job. But they perform better at all levels — to judge by student and other evaluations — because they teach both the least and the most advanced students regularly and in tandem.