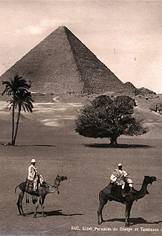 Vintage photographs from the second half of the 19th century are the focus of an exhibition sponsored by the Department of Art and Archaeology. Titled "Global Views: 19th-Century Travel Photographs," the exhibition runs through Friday, Sept. 28, in the first floor lounge of McCormick Hall. It includes this scene near the Pyramid of Cheops in Egypt captured by Félix Bonfils, a French photographer who produced a prolific catalog of images from the Middle East.

Top left: The Great Sphinx of Giza is among the many Egyptian sites featured in the exhibition. 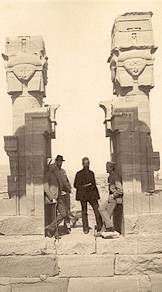 Visitors to Egypt's Kiosk of Kertassi, a small temple dedicated to the goddess Isis, are shown in this image. Above left: The display highlights travel photographs from ancient and medieval sites, including this view of the ruined city of Pompeii, Italy. Below left: A group poses at the temples of Abu Simbel, Egypt, which were built as a monument to the pharaoh Ramesses II.

Images courtesy of the Department of Art and Archaeology

An exhibition mounted by the Department of Art and Archaeology offers a look at vintage photographs from the second half of the 19th century, during the concurrent development of photography and tourism.

The exhibition, "Global Views: 19th-Century Travel Photographs," runs through Friday, Sept. 28, in the first floor lounge of McCormick Hall. An online version also is available on the department's website.

In the second half of the 19th century, professional photographic firms arose in the major cities of Western Europe, as well as in more remote travel destinations such as Greece, Egypt, India, Asia and the Middle East. Catering to an influx of European and American tourists, a growing number of travel photographers documented historical monuments, archaeological sites and scenes of daily life from the Middle East and Asia. The exhibition features some of these unique images, which have historical value in terms of the development of photography and the study of the architectural and social history of the regions in which they were produced. 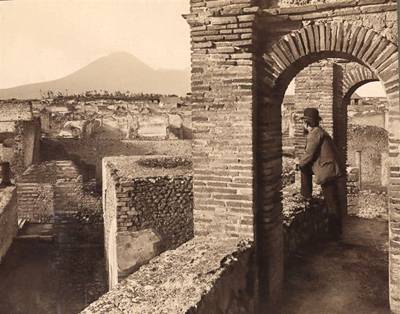 Since the 19th century, many of the monuments recorded in these images have been altered through architectural restoration, damaged or completely destroyed. Images on glass plates and paper are often the only surviving records of these monuments and of certain aspects of 19th-century daily life in both urban and rural areas. The photographs also document cultures and landscapes that have been radically altered by development and modernization.

The exhibition was designed and organized by Shari Kenfield, curator of research photographs in the Department of Art and Archaeology. Hours for the exhibition are 9 a.m. to 5 p.m. Monday through Friday. 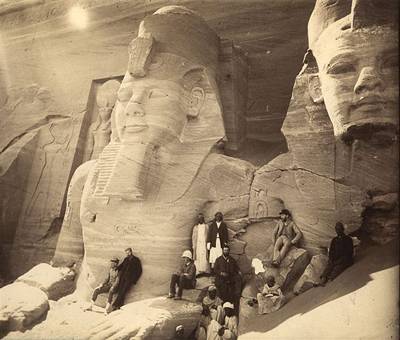