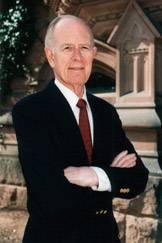 Robert Fagles, renowned translator of Greek classics, died March 26 in Princeton of prostate cancer. He was 74.

Fagles, the Arthur Marks '19 Professor of Comparative Literature Emeritus at Princeton University, was widely acclaimed for his popular translations of Homer's "The Iliad" and "The Odyssey," both of which became best-sellers. He also created English renditions of "The Oresteia" by Aeschylus and "The Three Theban Plays" by Sophocles as well as "The Aeneid" by the Roman poet Virgil.

"He was a quiet man, diligent and decorous, yet one who was unexpectedly equal to the swagger and savagery of Homer's 'Iliad' and 'Odyssey' in a way no one had managed before him," said Paul Muldoon, the Howard G.B. Clark '21 University Professor in the Humanities and chair of the Lewis Center for the Arts. "It was as if two key texts of Western literature had been adapted by a director of Westerns like [Sergio] Leone or [Sam] Peckinpah. Robert Fagles will be remembered for many reasons, not least of which being his extraordinary achievement in giving us not only a Homer, but a Virgil, who were true both to their own moments and ours."

Robert Hollander, professor of European literature and French and Italian emeritus and a colleague for some 40 years, added, "No translator of major writers in the Western literary tradition has ever met with the kind of success that Robert Fagles has enjoyed. His 'trilogy,' both epics of Homer and that of Virgil, has brought these texts to life for over a million readers. It was a joy to share some of his joy in that success with him, just as it was sadness to watch his brave, slow battle with pain."

"My friendship with Bob Fagles goes back 50 years, when we taught in the same humanities program at Yale," said Victor Brombert, the Henry Putnam University Professor of Romance Languages and Literatures and Comparative Literature Emeritus. "As a junior colleague, Bob already had the highest standards and made the greatest demands on himself, displaying a warm humanity and an exquisite interest in others. His leading presence in comparative literature at Princeton was for me years later a powerful enticement for joining Princeton's faculty. His achievements as a supremely poetic translator of great classical texts are outstanding. His passion for literature was genuine, as was his moral fiber. And he knew how to laugh."

Starting in 1966, Fagles was director of Princeton's Program in Comparative Literature, which attained department status in 1975. He served as founding chair of the department from 1975 to 1994.

"Bob's warmth and intelligence provided luminous guidance for our department's growth well beyond his years as chair, and he must especially be credited for comparative literature's ongoing integration of literary study with translation and the creative arts," said Sandra Bermann, the current chair of the department. "He was, we all know, a much praised translator and poet, a gifted teacher and an innovative administrator. In all of these domains he left his mark."

Fagles' teaching and research specialties were the classical tradition in English and European literature; the theory and practice of translation; interrelationships between the arts; and forms of poetry: lyric, tragedy and epic.

"When I came to Princeton in 1976, in the heady days of literary theory, Bob was following an independent line," said Lionel Gossman, the M. Taylor Pyne Professor of Romance Languages and Literatures Emeritus. "His relation to the texts he studied and taught and loved was more practical than theoretical. His way of getting to the inner shape and meaning of a text was to recreate it, not to apply theories to it or use it to illustrate theories. In the last 20 years or so especially, his extraordinary talent as a translator -- his translations of Greek and now Latin classics have become classics in their own right -- won him universal recognition and many honors. It is typical of him that he shared his pleasure in this ever-increasing success and celebrity with his friends and made us all feel somehow party to it.

"In the most difficult last months of his illness," Gossman continued, "in circumstances that would have made many people angry, his innate courtesy, humor and wit (playful and kindly, never mean) were enhanced by an ability to create around him an atmosphere, rare in academic circles, in which the expression of affection was absolutely natural and normal. For his friends the world is colder as well as poorer without him."

Having such a noted scholar on the faculty enabled many Princeton students to take part in a unique experience during their initial years on campus.

"Of all the things I loved and admired so much about Bob, I think especially of his extraordinary engagement with our youngest students," said Nancy Malkiel, dean of the college. "Years ago, I recruited him to teach a freshman seminar. The seminar gave a small group of entering freshmen the chance to read Fagles' 'Iliad' and Fagles' 'Odyssey' under the guidance of the master translator himself. Bob loved that seminar, and he taught it again and again until he retired.

"When we inaugurated the Shapiro Prize for Academic Excellence to honor distinguished achievement on the part of some 70 Princeton freshmen and sophomores, I chose those volumes as the book award for the students," she continued. "Bob came to the banquet, spoke about translating Homer and read from his magnificent texts. The students were mesmerized; at the conclusion of the celebration, every one of them lined up to have Bob sign their books.  And when we inaugurated the Princeton Humanities Symposium for outstanding high school seniors in the humanities and creative arts, it was Bob to whom I turned to give the address at the celebratory banquet; again, the students regarded him as a hero -- someone whose works they had read in their high school classes, and whose reading that night simply captivated them."

Fagles retired from the faculty in 2002. This past June, Princeton awarded him an honorary doctor of humane letters for "four decades of feats on behalf of Princeton, as the founding father of comparative literature, as a gracious and wise colleague and as an inspiring mentor and teacher."

"Bob Fagles was not simply a superb translator, poet and teacher of poetry," said Edmund Keeley, the Charles Barnwell Straut Class of 1923 Professor of English Emeritus and a friend since Fagles joined the faculty. "He was among those select colleagues who were always generous toward others, whether fellow teachers, students or supporting staff. He could not speak ill of anyone he came to know or practice witty judgments, yet he was a discriminating reader. His breadth of spirit, along with his poet's ear for language, were among the attributes that allowed him to understand and render the greatest ancient poets with both sensitivity and passion."

C.K. Williams, lecturer with the rank of professor in creative writing and the Lewis Center for the Arts, added, "Robert Fagles was the most widely read and widely celebrated poet translator of his time, indeed of any time. He was also the kindest, most generous, most loving person I've ever met, and I don’t believe these facts are unrelated. His work is radiant with a love of poetry, of language, of people, of the entire human experience. There was no one like him."

Survivors include his wife of 51 years, Lynne; and two daughters and their husbands and children: Katya Fagles and Richard Friedman and their daughter, Lindsay, of Randolph, N.J.; and Nina and Richard Hartley and their children, Tessa and Jed, of Hampden, Maine.

Burial will be private. A memorial service is planned for 3 p.m. Thursday, May 29, in the University Chapel. A reception will follow in the Chancellor Green Rotunda.