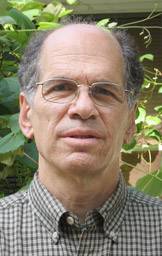 Stewart Prager, director of the Madison Symmetric Torus experiment at the University of Wisconsin and an internationally recognized leader in the field of fusion energy research, has been named director of the U.S. Department of Energy's (DOE) Princeton Plasma Physics Laboratory (PPPL), effective this fall.

Prager, who also is the Dexter Professor of Physics at Wisconsin, will become the sixth director of the laboratory, which is funded by the DOE and managed by the University. His appointment as a professor of astrophysical sciences at Princeton is expected to be acted on in the fall.

"We believe that there is no better person than Stewart Prager to lead the Plasma Physics Laboratory as it moves into the next phase in its distinguished history," said Princeton President Shirley M. Tilghman. "The need for safe, abundant and environmentally benign sources of energy has never been greater, and we are confident that under his leadership PPPL will continue to make exceptional contributions to the field of fusion energy."

Provost Christopher Eisgruber added, "Stewart Prager is not only a superb scientist, but also a proven leader of the nation's fusion research community. All of us at Princeton are absolutely delighted that Dr. Prager has agreed to take the helm at the laboratory."

Prager joined the Wisconsin faculty in 1977 after conducting research for two years with the Fusion Energy Group at the General Atomic Co. (now known as General Atomics) in San Diego. He is a pioneer in the field of plasma physics and is internationally known for experiments that have contributed to both fundamental knowledge and the design of future reactors.

Prager has made his name as an experimentalist in the quest to develop fusion energy, the energy that is released when atomic particles fuse together to form heavier particles. Fusion fuels the sun and other stars. Prager has played a key role for decades in efforts to harness the energy potential of nuclear fusion by working with charged gases known as plasmas.

On the Wisconsin "Levitated Octupole" experiment, Prager worked with a graduate student, Michael Zarnstorff, now a principal research physicist at PPPL, detecting for the first time the so-called bootstrap current, named because the electrical current is generated by the plasma itself. Prager and Zarnstorff will receive the American Physical Society's Dawson Prize for Excellence in Plasma Physics this November.

Prager has led research on another experimental device, the DOE-funded Madison Symmetric Torus, directing a group that was the first in the world to completely characterize the chaotic flow of the charged gases swirling within. Shaped like a donut, the MST holds plasma heated to 10 million degrees. But instead of using a strong magnetic field to hold the plasma, Prager and his team have explored whether weaker -- and therefore more economical -- magnetic fields could accomplish the same task. The work has led to new insights about the properties of plasma.

Experiments that help identify and understand such phenomena are critical to the eventual goal of producing commercially viable fusion power plants.

Prager also has led the Center for Magnetic Self-Organization in Laboratory and Astrophysical Plasmas. Funded by the National Science Foundation, the "physics frontier center" involves Wisconsin, Princeton and five other institutions.

In addition, Prager has provided exemplary service to the plasma physics community through his role on many prominent national panels and advisory committees. He has served as chair of DOE's Fusion Energy Sciences Advisory Committee, chair of the Division of Plasma Physics of the American Physical Society, president of the University Fusion Association and a member of the fusion review panel of President Clinton's Committee of Advisers on Science and Technology.

Prager holds bachelor's degrees from Queens College of the City University of New York and from Columbia University. He earned his Ph.D. in plasma physics from Columbia.

Prager's appointment, which concludes an international search, comes at a time of transition for PPPL. At the direction of DOE, the lab is in the process of phasing out construction of the National Compact Stellarator Experiment (NCSX) and enhancing its flagship program, the National Spherical Torus Experiment (NSTX). This approach is intended to ensure the lab's future as a world-leading center of fusion energy and plasma sciences.

PPPL is one of 10 national science laboratories funded by DOE's Office of Science. As the department completes a series of competitive bidding processes for the management and operations contracts for all of these labs, Princeton currently is competing for a new contract to continue managing the lab. The University has managed the lab successfully since its inception in 1951.

"In Stewart Prager we have recruited the very best person to lead PPPL. Not only does he bring superb scientific credentials, but also proven experience in management, and an outstanding record on the national fusion scene," said A.J. Stewart Smith, Princeton's dean for research, to whom Prager will report. "I simply could not be more enthusiastic."

Prager will succeed Robert Goldston, who has been director of PPPL since July 1997. Goldston, who also is a professor of astrophysical sciences, announced last December that he would step down as director when a successor was in place to focus on a broad range of domestic and international fusion energy initiatives.