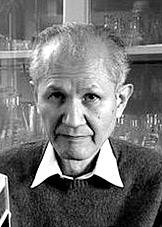 Aequorea, the jellyfish from which green fluorescent protein is derived. Image: Osamu Shimomura

Osamu Shimomura, who today was named a winner of the 2008 Nobel Prize in chemistry, will receive the award for a discovery he made while working at Princeton.

Shimomura, who was a researcher in the Department of Biology from 1960 to 1982, will be honored along with two other researchers for his work on the green fluorescent protein (GFP) in jellyfish. The protein, a key tool of contemporary bioscience, was discovered by Shimomura in his lab at Princeton in 1961.

Reached by telephone today, Shimomura said of the Nobel, "This was very unexpected. I am surprised but happy." He is a professor emeritus at the Marine Biological Laboratory in Woods Hole, Mass., and Boston University Medical School.

Scientists now use GFP to track processes inside individual cells. The protein does not need any additives to glow -- instead it must be radiated with ultraviolet or blue light before turning bright green. Because it can attach itself to individual proteins, GFP is used as a "tag" allowing scientists to track all sorts of cellular processes under a microscope. It can illuminate growing cancer tumors, pinpoint the development of Alzheimer's disease in the brain and spotlight the growth of deadly bacteria.

"I don't think we do a thing in my lab that doesn't have GFP tagged at one end of the project or other," said Edward Cox, the Edwin Grant Conklin Professor of Biology at Princeton, who applauded Shimomura's work and contributions to science. "In cell and developmental biology, half of all papers published in the past 10 years use GFP or one of its derivatives. It would be rare to find a paper now that didn't use GFP to make a point."

Gary Borisy, director and CEO of Woods Hole, agreed that Shimomura's work on fluorescent proteins has proven crucial for generations of scientists. "These ideas were seminal and were decades ahead of their time," Borisy said.

While working as a research assistant in the late 1950s at Nagoya University in Japan, Shimomura was put to work on a project that had stymied other scientists -- discovering what made the remains of a crushed mollusk glow. When he showed he was able to extract the material and then published his results, he came to the attention of Frank Johnson, who was then Princeton's Edward Grant Conklin Professor of Biology.

Princeton at that time was a hotbed of research on bioluminescence due to the work of Edmund Newton Harvey, who had gained worldwide fame for his studies of fireflies and his interest in naturally produced glows in bacteria, fish and jellyfish. Harvey called it "living light." Harvey had retired in 1956 after a long productive career, and Johnson, Harvey's protégé, was carrying that interest forward. It was an effort he would continue for decades.

At Princeton, Shimomura's task was to study the jellyfish Aequorea victoria, whose outer edge glows green when the jellyfish is agitated. During the summer of 1961, Shimomura and Johnson gathered jellyfish in Friday Harbor in Puget Sound, on the west coast of the United States. They cut off the edges of the jellyfish and pressed them through a filter to get what they called a "squeezate." One day, when Shimomura poured some of it into the sink, it flashed brightly. He realized there was seawater in the sink and that it was calcium ions in the seawater that had caused the chemical reaction. Strangely enough, the flash of light was not green like the edges of the jellyfish. It was blue.

Johnson and Shimomura gathered the raw material and took back squeezate from about 10,000 jellyfish to their lab in Moffett Hall at Princeton. The problem was daunting. If the jellyfish were crushed and prompted to glow, the substance that started it all would disappear in the reaction.

How could the researchers extract a substance from the material without crushing it first? "It was a very difficult thing," Shimomura reminisced. "I managed to extract the substance after about one week or 10 days of very hard thinking. It was one of the hardest things I ever did."

Shimomura found a way. It took the team months to purify just a few drops of the blue luminescent material from the liquid. The researchers named this protein aequorin. They also isolated a second protein that was slightly greenish in sunlight, yellowish in the light from a light bulb and fluorescent green in ultraviolet light. They called it the green protein, but it eventually came to be called the green fluorescent protein.

In the 1970s, Shimomura looked more closely at GFP. He demonstrated that the protein contains a special group of chemicals known as a chromophore that absorbs and emits light. In jellyfish, Shimomura concluded, the GFP's chromophore simply transforms the blue light from aequorin into green light. This is why the jellyfish and aequorin glow in different colors.

At Princeton, the quiet, reserved Shimomura was renowned for his brilliance and analytical skills. Shimomura aided John Bonner, the George M. Moffett Professor of Biology Emeritus, when Bonner was stumped on a problem involving slime molds. At the time, Bonner and his lab were trying to extract a chemical from a particularly interesting kind of slime mold. They had been working at it for a year and were not getting anywhere.

"I asked him to come over and have a look and see what we were doing," Bonner said. Shimomura studied their lab equipment very carefully and informed him, politely but insistently, that they were going about it the wrong way and they would never get an answer. Asked if he could help out, he agreed to find a way, Bonner said. And he did, developing a new apparatus to accomplish the task. "I knew he would do it; and it was such beautiful work," Bonner said.

Shimomura left Princeton at the end of the academic year in 1982 to join the staff of Woods Hole. His work on GFP would be carried on by two other scientists who share the Nobel with him. Martin Chalfie of Columbia University in New York demonstrated the value of GFP as a luminous genetic tag for various biological phenomena. Roger Tsien of the University of California-San Diego contributed to the general understanding of how GFP glows. He also extended the color palette beyond green, allowing researchers to give various proteins and cells different colors. In this way, scientists can track several biological processes at once.

Shimomura and his co-winners will receive the award in Stockholm on Dec. 10, the anniversary of prize founder Alfred Nobel's death in 1896.