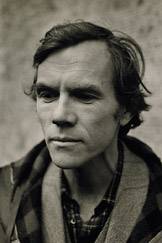 The Princeton University Art Museum exhibition celebrating the legacy of photographer and faculty member Emmet Gowin features some 55 works, including photographs by Gowin and his students who graduated from 1976 to 2008. This 1982 portrait of him was taken by Sam Fentress, a 1977 alumnus.

The Princeton University Art Museum is celebrating photographer and faculty member Emmet Gowin's legacy as an artist and educator with an exhibition titled "Emmet Gowin: A Collective Portrait," which is on view through Sunday, Feb. 21.

Gowin, a professor of visual arts in the Lewis Center for the Arts, has taught photography at Princeton since 1973 and plans to retire at the end of this year. To mark the occasion, the exhibition features some 55 works including photographs by Gowin's principal mentors, Harry Callahan and Frederick Sommer; highlights from Gowin's multifaceted body of work; and photographs by 20 of his students, ranging in graduation year from 1976 to 2008. Those students have gone on to pursue paths as diverse as anthropology, social activism, education, publishing, fine arts, filmmaking and design, but all of them were inspired by Gowin's faith in the power of photography as a medium, a discipline and a way of life. 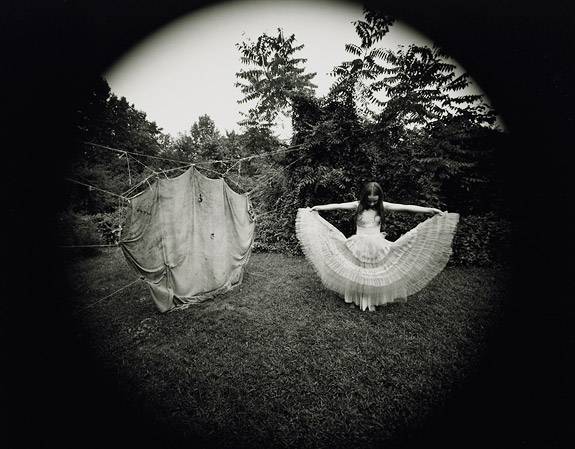 "I can think of nothing more fitting for Princeton than celebrating Emmet's legacy as teacher and artist," said Museum Director James Steward. "In both modes, he has fundamentally helped to shape how we look at the world, influencing generations of students who carry on this tradition of close-looking, documenting and experimenting." 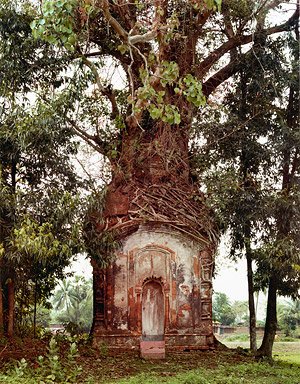 "Banyan Tree and 16th-Century Terracotta Temple, Attpur, West Bengal, India" (1998) was taken by another alumna who studied with Gowin, Laura McPhee of the class of 1980.

As the exhibition reveals, Gowin has taught a diverse array of major figures at work in photography today. Andrew Moore, a widely published photographer of cities and architecture, is represented by an outtake from his new series on the decline and transformation of Detroit. Moore is a 1979 Princeton graduate and lecturer in visual arts in the Lewis Center. Landscapist Laura McPhee, a 1980 graduate, contributed a study of an enormous banyan tree sprouting from the roof of a temple in India. David Maisel of the class of 1984 has donated a triptych portraying sealed copper cans containing the ashes of inhabitants of an asylum; over the years, each canister has developed colorful chemical blooms that hint at the complexity of the human histories it contains. Fazal Sheikh -- a 1988 alumnus and winner of a MacArthur Foundation "genius grant" for his portraits of subjects in troubled regions of Africa, Afghanistan and India -- is represented by a portrait he made in Kenya while still a student in Gowin's class.

By Gowin's reckoning, his own creative maturation started in the late 1960s, just a few years before he was hired at Princeton. The key, for him, lay in photographing what was nearest to him in proximity, scale and emotional resonance: his wife, Edith; their sons, Elijah and Isaac; and Edith's extended family in Danville, Va. His scope of concern widened to embrace landscape in the 1970s, and during the next decade, with the adoption of an aerial viewpoint, Gowin bore witness to the Earth's large-scale alteration by the forces of modern history. Recently he has recalibrated his attention to still another scale, creating minute color studies of the moths of Central and South America. 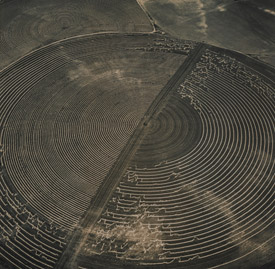 Gowin shot "Pivot Agriculture in the Snake River Plain, Washington," in 1991 during a period when he was taking aerial pictures to demonstrate the Earth's large-scale alteration by industry, agribusiness and war.

Born in Danville, Va., in 1941, Gowin received an MFA in photography from the Rhode Island School of Design, where he studied under Callahan, one of his principal mentors and greatest influences. Gowin has received numerous fellowships and awards, including a Guggenheim Fellowship (1974); two National Endowment for the Arts Fellowships (1977 and 1979); a Pew Fellowship in the Arts (1993-94); the Governor's Award for Excellence in the Arts from the state of Pennsylvania (1983); the President's Award for Distinguished Teaching at Princeton (1997); and the University's Behrman Award for distinguished achievement in the humanities (2006).

Gowin's work has been widely exhibited in the United States and abroad, including solo shows and retrospectives at the Museum of Modern Art in New York; the Philadelphia Museum of Art; the Corcoran Gallery of Art in Washington, D.C.; the Yale University Art Gallery; the Espace Photographique in Paris; the Fogg Art Museum at Harvard University; and the Princeton University Art Museum, where a solo exhibition was mounted in 1998. Gowin's photographs are held in museum collections worldwide. 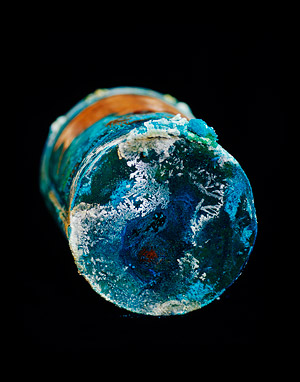 Another set of photographs by Princeton alumni who studied under Gowin is on display in the Rockefeller College Common Room through Friday, Dec. 18.

David Maisel of Princeton's class of 1984 is also among the former students of Gowin whose works are included in the exhibition. Maisel's "Library of Dust, 1210 Bottom" (2005) depicts the colorful chemical blooms on a sealed copper can containing the ashes of an inhabitant of an asylum.