James Seawright, kinetic sculptor and ‘godfather of the creative arts at Princeton,’ dies at 85

James Seawright, artist and professor of visual arts in the Lewis Center for the Arts, emeritus, died Feb. 12, of complications from Parkinson’s disease at home under hospice care in Middletown, New York. He was 85. 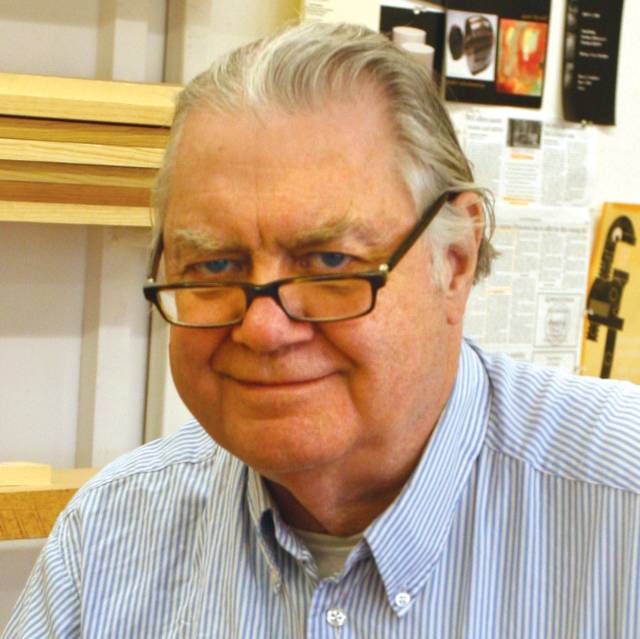 He is recognized as one of the foremost technological artists and makers of kinetic sculpture, with works in the permanent collections of the Museum of Modern Art, the Metropolitan Museum of Art, the Whitney Museum of American Art, the Guggenheim Museum, the Princeton University Art Museum and other museums throughout the world.

After seeing Seawright’s work in the 1967 Whitney Annual, Edmund “Mike” Keeley, the Charles Barnwell Straut Class of 1923 Professor of English, emeritus, and professor of English and creative writing, emeritus, invited Seawright to come to Princeton. He joined the faculty in 1974 and was part of the Program in Visual Arts for three decades, making seminal changes and expansions to the program, housed at 185 Nassau St. He transferred to emeritus status in 2009.

Seawright was born on May 22, 1936, in Jackson and grew up in Greenwood, Mississippi. After earning his bachelor’s degree in English from the University of Mississippi, he served as an operations and engineering lieutenant in the Navy. On board ships, he used his skill with machines to teach himself the fundamentals of sculpture. When he was discharged, he studied at the Art Students League in New York.

He also worked with sound and lighting for several decades, including serving as the technical director of the eponymous dance company headed by his wife of 62 years, Mimi Garrard.

“As the godfather of the creative arts at Princeton, Jim heartily welcomed me into the family at 185 Nassau when I became director of the Program in Theater and Dance in 1993,” said Michael Cadden, University lecturer in theater in the Lewis Center for the Arts and interim chair of the Lewis Center.

"The virtue I associate most with Jim is hospitality,” Cadden said. “It's a word now worn out by commercial use, but it once spoke to the obligation to extend a welcome and a warm hearth to whoever arrived at your doorstep. He and Mimi were famous for their gumbo-fueled gatherings at the ‘Vis Arts’ house — their home on Bank Street. Jim nourished me with his good cooking and good advice."

“James Seawright was a gracious colleague whose gentle, kindly demeanor belied the feverish intellectual activity that informed his groundbreaking kinetic sculptures,” said Paul Muldoon, the Howard G.B. Clark '21 University Professor in the Humanities and professor of creative writing in the Lewis Center for the Arts. “The fact that those sculptures were ‘interactive’ is due in no small measure to his own gregarious nature. Jim Seawright was a generous man, not only in the size of the portions at his legendary gumbo dinners, but in his mentoring of generations of Princeton visual arts students.”

Seawright and Emmet Gowin, renowned American photographer and professor of visual arts in the Lewis Center for the Arts, emeritus, were lifelong friends and colleagues, often traveling to the tropics to enjoy a shared interest in insects — a passion born of a 1997 trip to Ecuador, where Seawright and his wife invited Gowin to come along to study Spanish with a woman whose family happened to be professional insect collectors.

“Jim Seawright was one of the most comprehensively intelligent persons I’ve known at Princeton, and also one of the few who retained their sense of wonder throughout a long and full life,” Gowin said. “Jim was also a compassionate advocate for our students. He was always fair but also held out the highest standards. His southern demeanor was coupled with a generosity that characterized the spirit of 185 Nassau during the 30 years he was director. Jim could also have had the best southern accent at Princeton.”

Gowin said Seawright’s mastery of technology and art infused his teaching. When one of Gowin’s students wanted to build a replica of a 5”x7" Deardorff view camera — Seawright came to the rescue.

“The program had a vintage model which the student copied to perfection in wood, then folded his own cloth bellows,” he recounted. “However, the gears and focus tracks were beyond his experience. ‘That’s no problem,’ Jim said. ‘I’ll make these for you. Better still, I’ll show you how to make them yourself.’ The camera was not only beautiful but, thanks to Jim, it also worked.”

“If Leonardo da Vinci had been from Mississippi, he might have resembled Jim Seawright,” she said. “Behind Jim’s southern lilt and calm demeanor was a genius polymath who cultivated orchids in his office, tracked butterflies in Costa Rica, collected weavings in Guatemala, cooked scrumptious creole gumbos for his colleagues and read libraries of books — all in addition to creating the art for which he was famous. A computer pioneer, Jim brought science and technology to the making of sculpture. Anyone who traveled through Logan Airport, Terminal C, for decades around the turn of our century would have seen his wall of 121 intricately louvered mirrors where weary passengers could revel in a kaleidoscopic fantasy.”

“I never met Jim Seawright, but he is active in my imagination,” said Jeff Whetstone, professor of visual arts in the Lewis Center for the Arts and program director. “The faculty in Art and Archaeology that knew him pull me aside whenever they get the chance to remember him fondly. I try to imagine what kind of incredible person could manage this program for so many decades and be so well loved and keep such loyal friends.”

During his directorship, Seawright oversaw two renovations of the studios and the creation of the James M. Stewart ’32 Film Theater at 185 Nassau St. He orchestrated the transformation of status for artists working at Princeton by introducing tenure and professorial ranks where “lecturer” status had been the rule when he joined the University. He expanded the course offerings to include film and video as well as digital photography and was the first faculty member to offer a course in computer-assisted imagery.

In 2004, he was honored with the Howard T. Behrman Award for Distinguished Achievement in the Humanities.

In 2009, The Lewis Center for the Arts established the Jim Seawright Award in Visual Arts, presented annually to a student whose work exemplifies exceptional originality or innovation in any medium in the Program in Visual Arts.

Many of his former students remembered his generous mentorship and his warmth.

“His soft southern accent and courtly ways made him a very easy person to get along with in a department of big personalities,” said Hovey Brock, a 1980 alumnus and visual artist and writer. “I took an introductory sculpture course with him and learned not just technique but how to think about the ‘whys’ of making art.”

Mary Weatherford, a 1984 alumna and a painter, said Seawright had an enormous impact on her life.

“I would not be the artist I am, were it not for Professor Seawright’s ‘Sculpture 101,’” she said. “In his measured, patient, Southern way, Jim taught me to use power tools and saws, to build things, and make it come out right. I remember Jim walking down a short ladder facing forward. ‘Like a sailor,’ he said. My heart is filled with gratitude for having studied with Jim Seawright.”

Photographer and 1987 alumnus Fazal Sheikh, who returned to Princeton as the Currie C. and Thomas A. Barron Visiting Professor in the Environment and the Humanities and visiting professor in the Lewis Center for the Arts in 2018-19, and is currently the artist-in-residence at High Meadows Environmental Institute, likened the visual arts program to a family home with Seawright at the helm.

“My life was permanently altered by the atmosphere Jim created, and the extraordinary artists and mentors he assembled with such care and enthusiasm,” Sheikh said. “I frankly view my time with Jim, and in that program, as some of the most impactful and formative years of my life, and my development as an artist. More than three decades later, I often conjure snippets of conversation I had with Jim, and with others in the program, as a source of solace, and to bolster my resolve to keep going, to continue working as an artist out in the world.”

View or share comments on a blog intended to honor Seawright’s life and legacy.