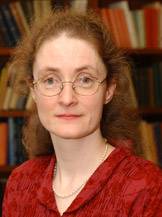 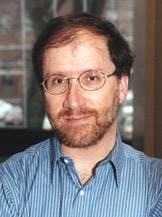 Flower, who joined the Princeton faculty in 2003, specializes in Roman history and historiography, epigraphy and Latin literature. She served as departmental representative in classics in 2005-06 and 2007-09. She is midway through a three-year term as an elected member of the Faculty Committee on the Course of Study.

Flower has taught a wide range of undergraduate courses, including "Beginner's Latin," and six graduate seminars on a variety of topics, including the politics and religion of republican Rome.

She and her husband, Michael Flower, a senior research scholar in the Department of Classics, have been faculty fellows in Mathey College since 2006.

Hecht, who joined the Princeton faculty in 1990, has served as departmental representative in chemistry from 2001 to 2008 and as associate chair of the department from 2004 to 2007. He has been a faculty adviser at Forbes College for most of the past 20 years.

Hecht has led a principal undergraduate course, "General Chemistry I," and also taught for several years in the multidisciplinary integrated science sequence. His research interests are at the interface of chemistry and biology, with current projects focused in two areas: the molecular determinants of Alzheimer's disease and the search for anti-Alzheimer's therapeutics; and synthetic biology.

The appointments were announced by Nancy Malkiel, dean of the college, and Kathleen Deignan, dean of undergraduate students. A faculty member serves as the head of each of Princeton's six residential colleges. The masters work closely with their staffs to build supportive communities and to devise programs and activities to extend education beyond the classroom.