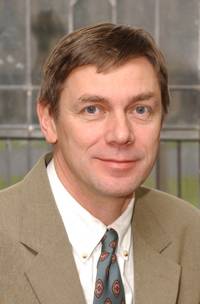 A Princeton faculty member since 1996, he will succeed Elizabeth Lunbeck, who is joining the faculty at Vanderbilt University.

Wildberg teaches ancient philosophy and ancient Greek literature at the undergraduate and graduate levels. His research interests focus on classical philosophy. He has written four scholarly books, and he also is the author of a Web-based documentation of the Greek and Latin inscriptions on Princeton's campus.

Wildberg has a long record of University service, including four years as director of graduate studies in the Department of Classics and four years as co-chair of the Princeton University Committee for the Rhodes Scholarships. He has been elected or appointed to a wide range of University committees, including the Council of the Princeton University Community. He knows the residential college system well from his service as a senior fellow as well as a freshman-sophomore adviser in Rockefeller College.

Wildberg's appointment was announced by Nancy Malkiel, dean of the college, and Kathleen Deignan, dean of undergraduate students. A faculty member serves as the head of each of Princeton's residential colleges. The masters work closely with their staffs to build supportive communities and to devise programs and activities to extend education beyond the classroom.