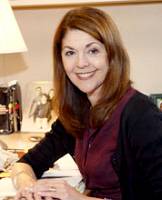 Sandra Bermann, the Cotsen Professor of the Humanities and professor of comparative literature, has been named master of Whitman College and will begin her four-year term on July 1, 2011.

Bermann will succeed Harvey Rosen, the John L. Weinberg Professor of Economics and Business Policy, who was appointed the first master of the college before it opened in the fall of 2007 as the University's sixth residential college.

Bermann joined the Princeton faculty in 1976 and specializes in literary theory, poetry and poetics, and translation theory and practice. She was named Cotsen Professor in 2008 and served as the chair of the Department of Comparative Literature from 1998 to 2010. She also recently completed a term as president of the American Comparative Literature Association.

Building on a long record of University service, Bermann chaired the working group appointed in the spring of 2008 to investigate the creation of the Bridge Year Program that launched in the fall of 2009. In the 2005-06 academic year, she was a member of the President's Task Force on the Creative and Performing Arts, and she is a co-founder and current member of the executive committee of the Program in Translation and Intercultural Communication.

In addition to teaching undergraduates in comparative literature, literary theory and lyric poetry, Bermann has been deeply involved in undergraduate campus life. She served from 1984 to 1992 as master of Stevenson Hall, a non-residential, University-managed dining facility located on Prospect Avenue. She also served during the 2000-01 academic year on the Sixth College Committee, offering advice on the constitution, organization and objectives of the sixth residential college. Since Whitman College opened, Bermann has been one of its faculty fellows.

The appointment was announced by Nancy Malkiel, dean of the college, and Kathleen Deignan, dean of undergraduate students. A faculty member serves as the head of each of Princeton's residential colleges. The masters work closely with their staffs to build supportive communities and to devise programs and activities to extend education beyond the classroom.