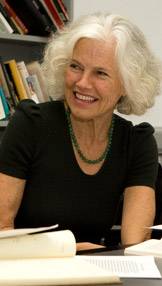 Novelist Sheila Kohler, a lecturer in creative writing and the Lewis Center for the Arts, has been teaching creative writing at Princeton since 2007, bringing to the classroom her gift for penetrating the inner lives of her characters. In her newest work, "Becoming Jane Eyre," Kohler explores her famous subject with the same incisive approach that has marked her other award-winning -- and frequently autobiographical -- novels. (Photo: Brian Wilson)

In a Manchester, England, lodging house in 1846, a young woman is caring for her father after an operation. As he sleeps, her pencil furiously scratches against a page. The young woman is Charlotte Brontë, and she is writing her masterpiece, "Jane Eyre."

A new novel by Sheila Kohler, a lecturer in creative writing and the Lewis Center for the Arts, brings to life the composition of "Jane Eyre" and the struggle of the three Brontë sisters to introduce their literary talents to the world. In "Becoming Jane Eyre," published in January by Penguin Books, Kohler explores her famous subject with the same incisive approach that has marked her other award-winning -- and frequently autobiographical -- novels.

"I have tried to imagine," said Kohler, "what might have happened in that room where, sitting by her father's side, Brontë wrote half of 'Jane Eyre' in six weeks."

"Becoming Jane Eyre" is Kohler's seventh novel. A writer known for elegant prose and disquieting psychological plotlines, Kohler was born in South Africa under apartheid and lived in Paris for 15 years before coming to the United States in 1981. She has been teaching creative writing at Princeton since 2007, bringing to the classroom her gift for penetrating the inner lives of her characters.

In writing her newest novel, Kohler researched biographies, letters and literary works of the Brontë family. Living in an underheated parsonage in the gloomy Yorkshire moors of northern England, Charlotte, Emily and Anne Brontë endured poverty, loneliness and the death of their beloved mother and two eldest siblings. Their novels repeatedly were rejected by publishers. Yet they persevered, and eventually gained recognition as one of the most talented families of writers in the English-speaking world.

Joyce Carol Oates, the Roger S. Berlind '52 Professor in the Humanities, called the novel "a tour de force of style, vision and imagination; a deeply moving and utterly convincing reconstruction of the private, inner life of Charlotte Brontë." 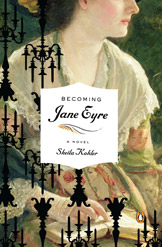 Listen to Kohler read an excerpt from her book.

Kohler was driven to write "Becoming Jane Eyre" in part by thinking about a question that fiction writers are often asked: Does the novel stem from the author's life?

"What interested me was exploring how much of Brontë's life came into 'Jane Eyre,'" Kohler said.

And so, in "Becoming Jane Eyre," Brontë is motivated to work on her novel by the rejection letter she receives from a publisher on the morning of her father's operation. She also resolves not to waste any more time penning beseeching letters to her former professor, with whom she has fallen in love. She will, however, "use him in her work, the ultimate revenge," Kohler writes. "She will use all those who have snubbed and ignored her. She will write out of rage, out of a deep sense of her own worth and of the injustice of the world's reception of her words. She will write about something she knows well: her passion."

Kohler recalls being asked the "How much of the novel is true?" query by a fan of her first novel, "A Perfect Place," a psychological tale about a woman who has repressed a shocking secret.

"I said, 'None of it,' and my husband said, 'Every word.' In a way we were both telling the truth. You don't make it up. It comes from somewhere," Kohler said. 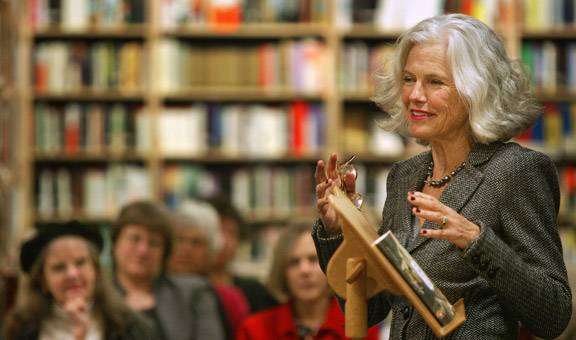 The dynamics of power

Kohler became a student of fiction writing later in life, after raising her three daughters. At 41 she enrolled in Columbia University's master of fine arts program in creative writing, after earning her bachelor's degree at the Sorbonne in Paris.

Her first published story, "The Mountain," received an O. Henry Prize for short stories in 1988. She won the Willa Cather Prize in 1998 for "One Girl: A Novel in Stories" and a second O. Henry Prize in 2008 for her story "The Transitional Object." Her work has been published in Brazil, England, France, Germany, Holland, India and Japan. Kohler has taught writing at several schools, including Bennington College and Columbia.

Susanna Moore, a lecturer in creative writing, said Kohler's writing offers "a meticulous examination of her characters' lives, rendering the painful disparities between expectation and reality with wisdom and grace. Her sensitivity and generosity, as well as her fierce intelligence, make her a very good teacher, calling for new discriminations in her students (as well as in her readers)."

Kohler's upbringing in Johannesburg under apartheid rule had a profound effect on her perspective on the world and, later, on her writing.

"I think children are very much aware of injustice," Kohler said. "I'd say to my parents, 'Why are white people in cars and black people standing in line?' I became interested quite young in the use of power."

Her 2004 novel "Crossways," which is set in a wealthy Johannesburg suburb in the late 1960s, explores two kinds of abuse of power — the dynamics between a white family and their Zulu house servant, and the violence in the couple's marriage. The wife is killed in a car accident that may have been deliberately caused by her husband, an element of the story that is based on the death of Kohler's sister, who died in a car accident when her husband was behind the wheel.

After her sister's death, Kohler was driven to explore in her fiction the reasons for violence in intimate relationships, she said.

Kohler set her 1999 novel, "Cracks," in South Africa as well, to explore the rivalry among a group of teenage girls at boarding school who form an unnatural attachment to their swim instructor. A film based on the novel was released in Europe last year and will open in the United States this summer. 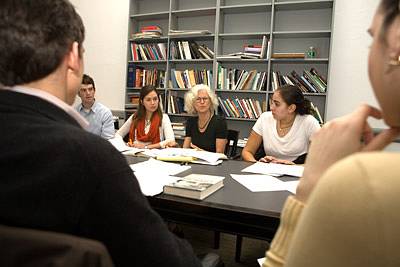 In her "Introductory Fiction" class, Kohler helps students use personal experience as a starting point for fiction, as she has done with her own award-winning novels. Kohler's latest novel, "Becoming Jane Eyre," brings to life the struggle of the three Brontë sisters to introduce their literary talents to the world. (Photo: Brian Wilson)

As she has done in her own work, Kohler helps students in the classroom use personal experience as a starting point for fiction.

Junior Marina Shuster, who is from Ukraine, wrote several short stories based on the lives of her grandfather and other family members in Kohler's "Introductory Fiction" class last fall.

"I've always felt I had a story to tell and I didn't know how to do it," said Shuster, an ecology and evolutionary biology major. "Sheila said, 'Let the story tell itself.'"

Junior Isabel Pike, an anthropology major, also took Kohler's "Introductory Fiction" class and found herself writing stories about Uganda, where she grew up.

"I definitely noticed a change in my pieces" since the beginning of the class, Pike said. Kohler has helped her think about the forward momentum of stories and the development of point of view, she said. "Sheila gave useful criticism of my writing and created a really nice environment in the classroom."

Turning personal stories into fiction, said Kohler, is "about finding the right distance from the details in your life and entering into the minds of the characters. I tell my students that we always walk a tightrope between telling the truth and structuring the story — it's very hard to do both."

In "Becoming Jane Eyre," Kohler believed she was leaving autobiographical fiction behind for the comfort of a historical novel. But she was surprised to find elements of her own experiences as a writer creeping in to Brontë's story.

"When one takes a historical character, that person acts as a sort of screen behind which one can both hide and onto which one can project so much that is true in one's own life," Kohler recently wrote in a blog about the inspiration for the book. "Believing I was writing about someone else's life, I was able to create a middle distance and to find myself in her story."