The predatory targeting of minorities in segregated urban areas was a key factor in the recent U.S. mortgage foreclosure crisis, two Princeton University scholars have concluded in a new study.

Although the rise in subprime lending and the ensuing wave of foreclosures was partly a result of market forces that have been well documented, the foreclosure crisis also was a highly racialized process, Princeton's Jacob Rugh and Douglas Massey discovered. Rugh, a Ph.D. candidate in the Woodrow Wilson School of Public and International Affairs, and Douglas Massey, the Wilson School's Henry G. Bryant Professor of Sociology and Public Affairs, found that pervasive residential segregation created a niche of minority clients who were marketed risky subprime loans. Such loans were in great demand for use in mortgage-backed securities that could be sold on secondary markets. 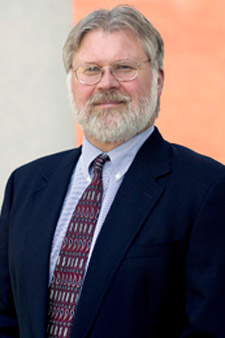 Rugh and Massey used data from the 100 largest U.S. metropolitan areas to test their argument. Findings showed that black segregation and, to a lesser extent, Hispanic segregation were powerful predictors of the number and rate of foreclosures in the United States -- even after removing the effects of a variety of other market conditions such as average creditworthiness, the degree of zoning regulation, the overall rate of subprime lending and coverage under the Community Reinvestment Act, a 1977 law that sought to reduce discriminatory credit practices in low-income neighborhoods. Their results have been published in the October issue of the American Sociological Review.

"This study is critical to our understanding of the foreclosure crisis since it shows the important and independent role that racial segregation played in the housing bust," Rugh said.

A special statistical analysis provided strong evidence that the effect of black segregation on foreclosures was causal and not simply a correlation, according to the study.

"While policymakers understand that the housing crisis affected minorities much more than others, they are quick to attribute this outcome to the personal failures of those losing their homes -- poor credit and weaker economic position," Massey said. "In fact, something more profound was taking place; institutional racism played a big part in this crisis." 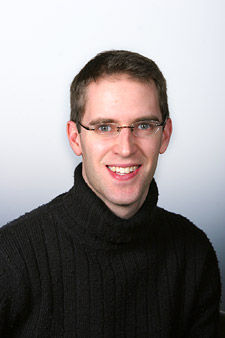 Well-known factors contributing to the foreclosure crisis, such as leveraged financing, overbuilding, collapse of home prices and a poorly regulated mortgage market, were compounded by Hispanic and black racial segregation, the authors concluded.

"This outcome was not simply a result of neutral market forces but was structured on the basis of race and ethnicity through the social fact of residential segregation," the authors wrote. "Ultimately, the racialization of America's foreclosure crisis occurred because of a systematic failure to enforce basic civil rights laws in the United States."

In discussing their conclusions and policy solutions, they wrote, "In addition to tighter regulation of lending, rating and securitization practices, greater civil rights enforcement has an important role to play in cleaning up U.S. markets. It is in the nation's interest for federal authorities to take stronger and more energetic steps to rid U.S. real estate and lending markets of discrimination, not simply to promote a more integrated and just society but to avoid future catastrophic financial losses."

Rugh's research focuses on urban policy and the intersection of housing markets, land use regulation and local politics. His forthcoming dissertation will focus on the social, economic and local regulatory roots of the recent U.S. housing crisis and their implications for public policy.

Massey's research focuses on international migration, race and housing, discrimination, education, urban poverty and Latin America. He is the author, most recently, of "Brokered Boundaries: Creating Immigrant Identity in Anti-Immigrant Times," co-written with Magaly Sanchez. He also is the author of "Return of the L-Word: A Liberal Vision for the New Century" and "Strangers in a Strange Land: Humans in an Urbanizing World."

The article and a two-page summary is available at the Woodrow Wilson School website.