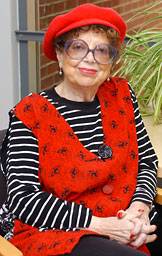 Sociologist Suzanne Keller, who conducted pioneering research on elite life and on community in America, and was the first woman to earn a tenured faculty position at Princeton University, died of a stroke Dec. 9 at Mercy Hospital in Miami. She was 83.

Keller, a professor emeritus of sociology, retired in 2004 after 38 years at Princeton. A dedicated teacher and mentor with an extensive range of scholarly interests, she was the author of several books, including two -- published 40 years apart -- that are regarded as pathbreaking works in her field: "Beyond the Ruling Class: Strategic Elites in Modern Society" (1963), which is an examination of the elite power structure in America, and "Community: Pursuing the Dream, Living the Reality" (2003), an account of her three decades of close observation of change in a New Jersey housing community.

"Suzanne Keller leaves behind an exceptional professional and personal legacy," said Viviana Zelizer, Princeton's Lloyd Cotsen '50 Professor of Sociology. "Brilliant, charismatic, generous, she was not only an expert in the study of communities but a gifted builder of social ties. She forged enduring connections with colleagues, students and friends.

"As a scholar, Professor Keller is considered one of sociology's most distinguished students of elites, inequality, gender and community life in the United States," Zelizer added. "She was deeply committed to the highest standards of scholarship. Her intellectual range was exceptionally broad; she refused the confinement of a single discipline and was at ease not only with sociology but with a variety of social science and humanistic ideas."

Zelizer said she was fortunate to be Keller's friend for more than 35 years. "As a teacher and mentor she was unparalleled," Zelizer said. "She took great pride in her carefully crafted lectures and in her close advising of students, both undergraduates and graduates. She did not just instruct but inspire."

After holding research and teaching positions at several institutions, Keller came to Princeton as a visiting lecturer in sociology in 1966. Two years later, she became the first woman to receive tenure at the University when she was named a professor of sociology.

Keller's research and teaching topics included social stratification, social architecture, the family, community, and elites and leadership. In addition to her diverse interests within the sociology department, she played a major role in promoting women's studies first as an academic subject and then, in 1981, as a formally constituted Princeton program. She taught the University's first course on gender and society during the early 1970s.

"Like 'The Man Who Came to Dinner,' I was the woman who came to Princeton," she said in a 1990 interview with The Daily Princetonian student newspaper.

Nancy Weiss Malkiel, Princeton's dean of the college and a professor of history, said, "As the first woman appointed to a tenured professorship at Princeton, Suzanne Keller holds a unique position in the history of the University. As a remarkable scholar, teacher and mentor, and a wise and generous colleague, she holds a special place in the lives and hearts of generations of Princetonians. After I joined the faculty in 1969 as one of Princeton's first two women assistant professors, I turned to Suzanne often for guidance and counsel. For 40 years, I have looked up to her, learned from her and cherished her friendship."

Undergraduate coeducation was introduced at Princeton in 1969, a year after Keller received tenure. Interviewed for a 1986 book titled "Conversations on the Character of Princeton," she reflected upon the changes at the University during her time on the faculty: "Now there is a freer spirit, which I like better," she said. "It's more ecumenical. There is more wit, humor, less pretentiousness. It's more improvisational."

That same spirit, colleagues and former students noted, could be attributed to Keller. She "was elegant, stylish, sophisticated, cosmopolitan and worldly," according to Malkiel.

D. Michael Lindsay, an assistant professor of sociology at Rice University who earned his Ph.D. at Princeton in 2006 under Keller's guidance, said, "I had a very deep love for her, and her intellectual influence on me was significant. Suzanne was a trailblazer throughout her career. She had this capacious intellect -- she was interested in everything from architecture to housing communities to elite life to sociology of the family to education to politics. She was knowledgeable on thousands of different subjects."

In fall 2002, Lindsay served as a preceptor for Keller's popular undergraduate course on "Elites, Leadership and Society," which enrolled hundreds of Princeton students over the years.

"What I loved most about her is that she was a whole person -- that she was this amazing scholar who had advanced sociology on many different fronts throughout her career, but she got to know her students in a very personal way. It was important to her, for example, even when she was teaching 120 undergraduates, to know those students by name. I remember us practicing some of those names when I was precepting for her so she could remember them," he said.

In addition, "she befriended her graduate students like they were family. I had dinner with Suzanne countless times," Lindsay said. "It's a tremendous loss. She was a wonderful person."

A defining aspect of Keller's scholarly career was her research on elites and leadership, most notably her book "Beyond the Ruling Class," which helped inspire serious inquiry on the topic within her field.

"She was one of the few people who attempted to look at the history of elites and what function they played in society," said Robert Wuthnow, Princeton's Gerhard R. Andlinger '52 Professor of Social Sciences and chair of the sociology department.

Keller "argued against the prevailing idea that power was held by a very small group of people who were united by class cohesion and similar backgrounds," said Lindsay, who currently is conducting a systematic survey of top American leaders. "She challenged that whole interpretation, and said actually it's far more complicated, that we live in a society that has a number of different sectors. It was a pathbreaking book because it helped set the agenda of elite interpretation throughout the 1960s and 1970s."

Pursuing another major area of interest, in the 1970s Keller embarked on an ambitious project to study Twin Rivers, a housing complex with 10,000 residents in nearby East Windsor, N.J. For her book "Community," Keller monitored how residents forged the political and social institutions to meet the diverse needs of a middle-class population. By observing town meetings and recreational sites, conducting hundreds of interviews and studying records, Keller revealed how the residents learned to share, relate to neighbors, cope with social conflict and develop ideas for the common good.

The study was important, Keller noted in a 2004 interview with the Princeton Weekly Bulletin, in showing "that each of us needs to transcend our own lives because all of our lives depend on other people all the time. At Twin Rivers, people learned that they are important contributors to the community and that they needed to have a sense of connectedness to a larger framework."

Jerold Kayden, the Frank Backus Williams Professor of Urban Planning and Design at Harvard University, said, "The book combined the empirical and the theoretical to produce a very important work that offered us terrific insights into what this odd, contested word 'community' means."

Keller worked during various phases of her career in departments of psychiatry, architecture and planning, as well as sociology. At Princeton, she taught in the School of Architecture for 10 years. She also served as a consultant to industry and government agencies in areas such as housing and new communities, and family and gender issues.

Keller was born Suzanne Infeld on April 16, 1927, in Vienna, Austria. She moved to New York City and became an American citizen as a child.

A graduate of Hunter College, she earned her Ph.D. in sociology in 1953 from Columbia University. In 1994, in her late 60s, she earned a master of social work degree from Rutgers University.

During her graduate studies, Keller conducted public opinion research in Paris and worked as an interpreter and researcher for a U.S. Air Force project in Munich. In the 1960s, she conducted public opinion and market research in several European countries, analyzing attitude surveys of American and European elites and studying intelligence measurement among children of different social classes and racial backgrounds, among other topics.

Keller spoke several languages and traveled widely in Europe and the Middle East. She lectured frequently throughout the United States and Europe.

"Suzanne's glowing community extends from the small world of a Princeton seminar to the cosmopolitan world of two continents," said Zelizer, who organized a retirement ceremony for her colleague in 2004 that Keller instead dubbed a "graduation ceremony."

After her retirement, Keller traveled frequently with her husband of 30 years, Charles Haar, who is Harvard's Louis D. Brandeis Professor of Law Emeritus.

"Suzanne continued to do what she always did, to be as engaged as always with a voracious intellectual appetite for everything political, cultural and social," said Kayden, a longtime friend of Keller and Haar. "She had a wonderful way of engaging with people and events and recasting them, questioning them, pushing to wonder why they occurred. That's what she was about."

In a 1972 interview with the Princeton Alumni Weekly about her experience as a faculty member who had a groundbreaking role at the University, Keller said, "I always wanted to have an interesting life, not a career, not a profession. … I love to write. I love to travel. I thought of journalism, but wanted to have time to explore issues deeply."

"My ambition was to do interesting things," Keller said. "I've realized it."

A memorial service in Princeton is being planned for the spring.

In lieu of flowers, memorial contributions may be made to the Passage Theatre Company in Trenton, N.J.