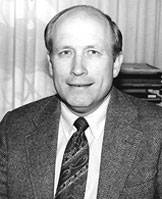 Robert Judson Clark, a Princeton professor emeritus of art and archaeology who was considered the father of the Arts and Crafts revival, died Tuesday, Jan. 4, at home in Lafayette, Calif., after a lengthy illness. He was 73.

In 1972, Clark directed an exhibition for the Princeton University Art Museum titled "The Arts and Crafts Movement in America, 1876-1916." The exhibition traveled to the Art Institute of Chicago and the Renwick Gallery of the Smithsonian American Art Museum in Washington, D.C.

"His pioneering work in the promotion and revival of the Arts and Crafts movement needs to be remembered," said Peter Bunnell, Princeton's David Hunter McAlpin Professor of the History of Photography and Modern Art Emeritus and a colleague of Clark's in the Department of Art and Archaeology. "From one point of view, it's very important to make sure that people recognize that that was a very early and pioneering effort at the repositioning of American art in the world view."

The original Arts and Crafts movement started in 1895, with key names in America such as Elbert Hubbard and Gustav Stickley holding exhibitions and publishing magazines that touted the movement as a preferable alternative to the Victorian era and as a way to bring art -- from furniture to pottery to architecture -- in the middle-class home. After World War II, the style was largely forgotten until Clark's 1972 Princeton exhibition.

According to Bruce Johnson, publisher of Arts and Crafts Collector and organizer of the Grove Park Inn national Arts and Crafts conference in Asheville, N.C., Clark and his Princeton exhibition inspired a generation.

"When historians look back on the 20th century and do their assessment, the name that will be credited with pioneering the revival of the Arts and Crafts movement is Robert Judson Clark," Johnson said.

"Robert Clark was the one who didn't just talk about this style, he identified firms and names and really pointed out the work that people had done, put them in the 1972 exhibition and really made an impact because he got this work into major venues."

Johnson met Clark during the Arts and Crafts national conference in 1992, when Clark spoke and was honored for the 20th anniversary of the Princeton exhibition. The catalog for the exhibit, of which Clark was editor and co-author, was reprinted by Princeton University Press in 1992.

"The exhibition catalog has really become the bible for collectors and people who follow this movement," Johnson said. "There's a whole generation of collectors who use Clark's work to guide them along the way."

Clark also wrote "Louis Christian Mullgardt," the catalog for a 1966 exhibition at the University Art Museum of the University of California-Santa Barbara and the M.H. de Young Memorial Museum in San Francisco about the American architect who lived from the late 19th century to the early 20th century and was influenced by the Arts and Crafts movement.

Clark was described by those who knew him as a renowned scholar, a determined researcher and dedicated teacher.

"He was the kind of person you wanted to keep informed of your work, and he would do the same," Bunnell said. "He was very generous, and I'd say an optimistic person."

Clark joined the Princeton faculty in 1968 as an assistant professor, was promoted to associate professor in 1975 and professor in 1988. He retired from the university in 1997.

After Clark's retirement, he moved to California and remained instrumental in a number of restoration efforts of a number of classic buildings, including the First Church of Berkeley and Thorsen House, also in Berkeley.

Clark was born Aug. 31, 1937, in Honolulu, Hawaii. He earned a bachelor's degree at the University of California-Berkeley in 1960 and spent the next three years in Germany. After he returned, he received his M.A. from Stanford University in 1964, and an M.F.A. and Ph.D. from Princeton in 1966 and 1974, respectively.

A memorial service for Clark was held Jan. 8 in Moraga, Calif.

John Willis, professor emeritus of Near Eastern studies, dies at 69