by Karin Dienst and Chris Emery 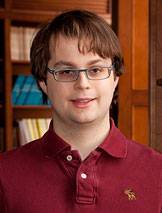 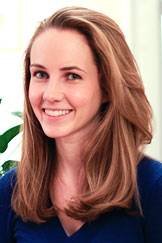 Princeton University seniors Cameron Myhrvold and Kay Ousterhout have a new opportunity to deepen their passion for science after receiving $250,000 each in no-strings-attached research funding.

Myhrvold, a molecular biology major, and Ousterhout, a computer science major, are two of 15 students nationwide to receive a prestigious fellowship from the Fannie and John Hertz Foundation that provides funding for five years of doctoral study, during which they can tackle whatever scientific challenges they choose.

Myhrvold and Ousterhout were chosen from nearly 600 applicants for the Hertz Fellowship. Students in the applied sciences and engineering are selected as fellows based on their intellect, ingenuity and potential to bring change to society, according to the Hertz Foundation.

Myhrvold, who said he has a "lot of interests," plans to pursue graduate work either in the Systems Biology Ph.D. Program at Harvard University or the Department of Biology at the Massachusetts Institute of Technology. The Seattle native is not yet certain in which direction he will take his doctoral study, given his fascination for questions to do with the origins of life, evolution and synthetic biology.

"I could try to answer the big questions about life, or smaller ones that have applications for particular problems," he said.

Myhrvold, who also is earning a certificate in quantitative and computational biology, has delved into different avenues of scientific inquiry during his undergraduate career.

For his senior thesis, he is continuing the work he started as a junior in the lab of Bonnie Bassler, the Squibb Professor in Molecular Biology, in studying quorum sensing, the chemical communication between bacteria.

Myhrvold's interest in synthetic biology stems from his curiosity in "figuring out the ways we can understand how life works" using biological tools made in the lab, or "how we can use those tools to, for example, try and cure a disease."

Myhrvold also has pursued research with Simon Levin, the George M. Moffett Professor of Biology, and graduate student Eili Klein, in developing computer models to explore the evolution of resistance of some insect populations to Cry proteins, which are found in some bacteria species and are toxic to insects. Cry proteins are expressed in genetically modified crops in an effort to control insect pests -- when the pests eat these proteins, they die. A particular focus of this research is to model cross-resistance to different Cry proteins, as insect pests can simultaneously develop immunity to more than one such protein.

"There is a growing body of evidence that resistance to one Cry protein can have an impact on other Cry proteins, which is bad news for farmers trying to control insect pests with these proteins instead of conventional pesticides," said Myhrvold. "The Environmental Protection Agency and biotech companies need to take this into account when designing and regulating new genetically modified crops."

Ousterhout, a computer science major from Palo Alto, Calif., plans to use the fellowship funding to pursue research relating to the flow of data across the Internet by focusing on distributed systems and networking, areas of computer science that center on using multiple computers working together to process information. She has been accepted to several doctoral programs and is deciding which she will attend.

"In the past, innovating in computer networks has been limited by the difficulty of building networking hardware for each new protocol," she said. Ousterhout expects to use the new computing platform called OpenFlow, which she said "has solved this problem and has unlocked a new wave of innovation in computer networks," to "help build tomorrow's Internet."

Ousterhout has participated in several related research projects at Princeton. During her junior year, she worked with Michael Freedman, an assistant professor of computer science, to develop more secure methods of operating large systems that require hundreds or thousands of servers, each which may exhibit a variety of types of failures. She also worked with Freedman on SCAFFOLD (Service-Centric Architecture for Flexible Object Localization and Distribution), a new architecture designed to better handle modern Internet services.

For her senior thesis, Ousterhout is working with Jennifer Rexford, a professor of computer science, on developing more efficient ways to control the flow of traffic through the Internet. "The Internet was built in an ad-hoc manner, and the current mechanisms controlling traffic flow are highly inefficient," she said. "Today's service providers struggle to control the flow of data through the core networks." Ousterhout hopes that her senior thesis research will help mitigate this problem.

During her summer breaks, Ousterhout interned for Google as a software engineer, most recently in the company's Sydney office working on Google Docs, its suite of Web-based office software.

Ousterhout's technical interests have been a common thread throughout her extracurricular activities: tutoring freshmen in math; working on the Web team at The Daily Princetonian student newspaper; serving as a lab teaching assistant for introductory computer science courses; and building a website and helping digitize the admission process for Cap and Gown, her eating club.

Along with senior Jennifer King, she co-founded Princeton Women in Computer Science, an organization dedicated to providing support and mentoring to women interested in computer science.