Since undergraduate coeducation in 1969, Princeton women have opened new windows to the world. At the historic conference "She Roars: Celebrating Women at Princeton" held April 28-May 1, more than 1,200 alumnae and guests are gathering at the University to share their experiences and aspirations from across the generations.

As a historic conference kicks off bringing together Princeton alumnae from across the generations, the video "Women at Princeton" provides a lens to the early days of undergraduate and graduate women at the University and the aspirations of alumnae since undergraduate coeducation started in 1969.

More than 1,200 Princeton alumnae and guests were expected on campus Thursday, April 28, through Sunday, May 1, for a conference recognizing Princeton's undergraduate and graduate alumnae titled "She Roars: Celebrating Women at Princeton." 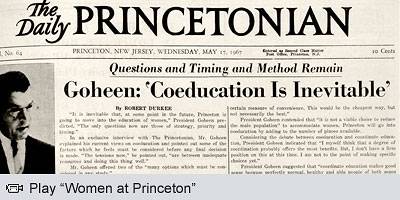 U.S. Supreme Court Justice Sonia Sotomayor, an alumna in Princeton's undergraduate class of 1976, will be the featured speaker today in a conference that will showcase some of the University's most prominent women alumnae engaging with faculty, University leaders and visiting alumnae and their guests. The event will include lectures and discussion sessions on a range of issues including women in the world of business and finance, motherhood, philanthropy, corporate leadership, the arts, volunteerism, journalism and law. Attendees also will be able to hear from members of a task force that issued a report this spring on undergraduate women's leadership on campus.

Susan Craig Scott (left) and Mae Wong Miller of the class of 1970, who transferred to Princeton from another institution, discuss the early days of coeducation at the University in the video "Women at Princeton." Wong Miller says that her "pioneer days" at Princeton were the beginning of more pioneering in the "male-dominated work world."

The conference is not open to the public and is for registered alumni and their guests only, except for Sotomayor's conversation with Princeton President Shirley M. Tilghman at 6 p.m. tonight, in Jadwin Gymnasium that will also be open to Princeton faculty, staff and students with TigerCard IDs.

In issuing an invitation to the conference, Tilghman said, "It has been 50 years since Princeton admitted its first female degree candidate, a graduate student in the Department of Oriental Studies, followed by the introduction of undergraduate coeducation in 1969. Together, these events paved the way for the inclusive institution that we know today." 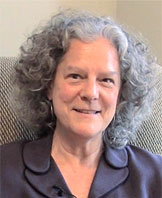 In the video, Marsha Levy-Warren, a member of the class of 1973, recalls precepts in which she "usually was the only female in the room" and how the few faculty members who were women "were very important to us."

In 2007, Sotomayor was elected to a four-year term on Princeton's Board of Trustees. As a student at Princeton, she earned an A.B. with highest honors in history and was a recipient of the University's highest undergraduate honor, the Pyne Prize, which is awarded to the senior who has most clearly manifested excellent scholarship, strength of character and effective leadership.

In addition to Sotomayor, the "She Roars" conference events for registered guests will feature such luminaries as Lisa Jackson, a 1986 alumna of Princeton's Graduate School and head of the U.S. Environmental Protection Agency; Andrea Jung, a class of 1979 graduate and chairman and CEO of Avon Products, Inc.; Wendy Kopp, a class of 1989 graduate and chief executive officer and founder of Teach for America; and novelist Jodi Picoult, a class of 1987 graduate.

Doors for the Sotomayor event will open at 5 p.m. Friday at Jadwin Gym. For non-conference participants, a Princeton TigerCard ID will be required for entry, and each ID card holder will be permitted to bring one guest. These faculty, staff, students and their guests will be directed to the west entrance of the gym, while alumni and registered conference participants will enter using the building's east entrance.

For security reasons, audience members must be seated by 5:50 p.m., and no backpacks or umbrellas will be allowed inside the event venue. Also, members of the audience will not be permitted to take photographs, and no filming with cameras, cell phones or other video recording devices will be permitted.

For more information about the conference, alumni should visit the Alumni Association's conference website. 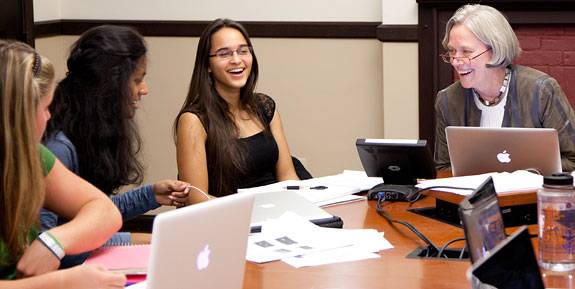 Princeton's 19th president, Shirley M. Tilghman (right), was appointed in 2001. A professor of molecular biology and one of the world's foremost authorities on genetics, Tilghman teaches undergraduates, such as the freshmen shown here, and is a strong advocate for women in science. (Photo by Brian Wilson)