by Emily Aronson and Matilda Luk 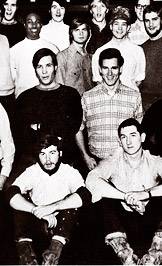 The Tigertones, pictured above in 1970, are Princeton's second oldest all-male a cappella group. A cappella ("without instrumental accompaniment") performances have become an iconic Princeton tradition for the students who sing and the many fans who enjoy their music. Today, there are 13 active a cappella ensembles on campus that encompass a range of genres and groups.

Photo courtesy of the Alumni Council

Walk through Princeton's campus at night, and it is not unusual to hear sweet melodies and perfect-pitched harmonies resonate from one of the University's Gothic archways. The waves of music emanate from Princeton's student a cappella singers, who entertain their classmates at arch sings, in addition to concerts and informal shows, throughout the year.

A cappella, which means "without instrumental accompaniment," relies on the power of voice alone. Since the University's first a cappella ensemble, the Nassoons, was formed in 1941, the groups' performances have become an iconic Princeton tradition for the students who sing and the many fans who enjoy their music. 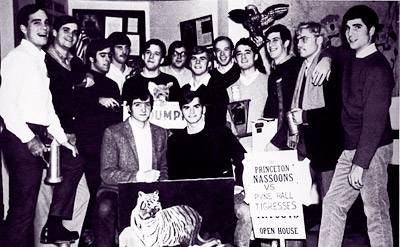 Princeton a cappella originated in 1941 when eight students broke away from the Glee Club and started the Nassoons, according to historical records. The all-male group is shown here in 1970. (Photo courtesy of Princeton University Archives)

"Singing with Koleinu has been and continues to be one of the highlights of my time here at Princeton. It's not just about music -- the group has become my on-campus family," said Rivka Cohen, a member of the class of 2012 and president of that coed Jewish a cappella group.

"We spend almost as much time laughing and supporting each other as we spend singing," she added.

Chris Palermo, president of the all-male Nassoons, said being in an a cappella group has defined his time at Princeton so far.

"More than the music and the tours, being a member of the Nassoons has given me the opportunity to meet a great group of people that make up the arts scene on campus," said Palermo, a member of the class 2013. 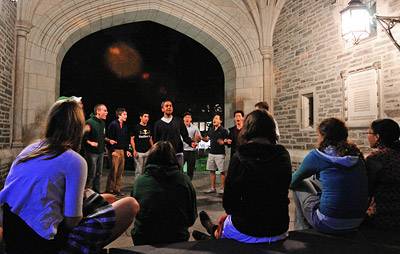 According to historical records, Princeton a cappella originated when eight students broke away from the Glee Club and started the Nassoons. Just as many groups do now, the Nassoons' gigs quickly extended beyond campus, with concerts scheduled around the country, even catching the attention of legendary jazz vocalist Ella Fitzgerald during a 1942 event at the Plaza Hotel in New York, according to Nassoons' history.

Since then, Princeton a cappella has grown to encompass a range of genres and groups. Today, there are 13 active groups on campus.

The Tigertones and Footnotes emerged in 1946 and 1959, respectively, as all-male groups. With undergraduate coeducation, the all-female Tigerlilies was established in 1971 and was followed in 1973 by the Katzenjammers, which is considered to be the oldest coed a cappella group in the Ivy League. The Tigressions and Wildcats joined the Tigerlilies in the 1980s as all female groups; and coed a cappella expanded with Roaring 20 in 1983 and Shere Khan in 1994. Recent decades also have seen the formation of groups focused on particular musical genres or cultures, such as Koleinu, Christian a cappella singers Kindred Spirit, the South Asian music ensemble Tarana and Old NasSoul, whose repertoire is old soul and rhythm and blues tunes. 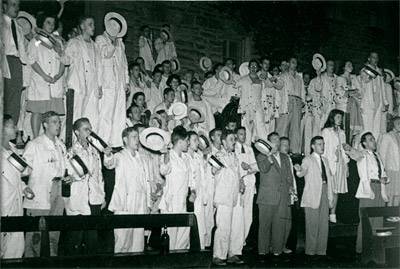 Students in 1942 enjoy Step Sing, which began in 1760 when graduating seniors gathered on the steps of Nassau Hall to sing their favorite songs. Seniors today assemble for Step Sings on the steps of Blair Arch, while a cappella groups use Blair Arch for informal arch sing performances throughout the year. (Photo courtesy of Princeton University Archives)

"I attended a musical showcase during freshman orientation and I froze in my seat as Old NasSoul's baritone section chimed in after the basses at the beginning of Marvin Gaye's 'I Heard It Through the Grapevine,'" said Osei Wilks, a member of the class of 2012. "I could not believe that a group of such quality and caliber was only a few years old, and I've dedicated myself to helping them grow even more."

No matter what the musical style of the various groups, almost all students extol the a cappella performances in arch sings as their most memorable experience. The outdoor performances are as old as a cappella at Princeton and are connected with the tradition of Step Sings, which began in 1760 when graduating seniors gathered on the steps of Nassau Hall to sing their favorite songs.

"Arch sings are really the backbone of a cappella at Princeton. The groups get to show off their music, and students can drop by any time to hear their favorite songs," said Tadesh Inagaki, a member of the class of 2014 and singer with the Katzenjammers.

"The fact that the vast majority of groups on campus come together every few weeks to sing and listen to each other is one of my favorite aspects of singing at Princeton," he said. 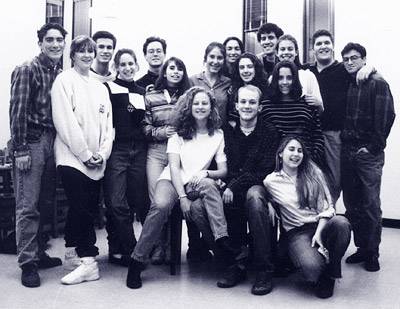 The Katzenjammers, pictured here in 1994, are considered to be the oldest coed a cappella group in the Ivy League. (Photo courtesy of Princeton University Archives) 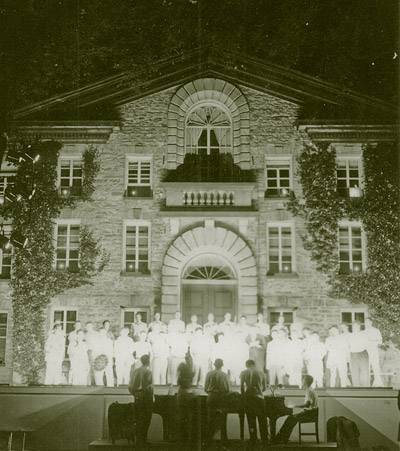 Lights shine on Nassau Hall for an evening Step Sing performance in 1947. A cappella arch sing performances are connected to the tradition of Step Sings, which sometimes feature musical accompaniment. (Photo courtesy of Princeton University Archives) 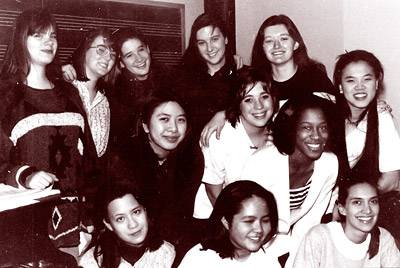 The all-female a cappella ensemble the Wildcats were formed in 1987. Here, the group is pictured in 1994. (Photo courtesy of Princeton University Archives) 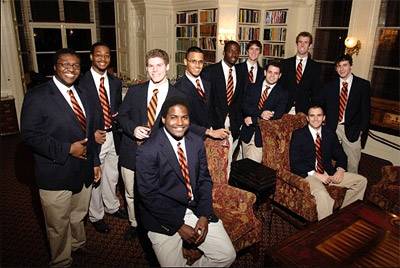 Founded in 2006, Old NasSoul is one of Princeton's newest a cappella groups. Its repertoire focuses on old soul and rhythm and blues tunes. (Photo courtesy of Old NasSoul) 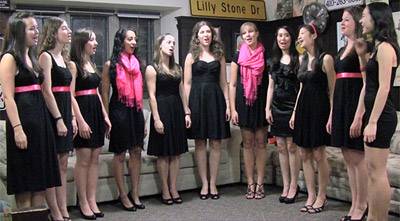 The Tigerlilies sing during a practice in 2011. The Lils, as they are known, became Princeton's first all-female a cappella group in 1971 following undergraduate coeducation. (Video still by Nick Barberio) 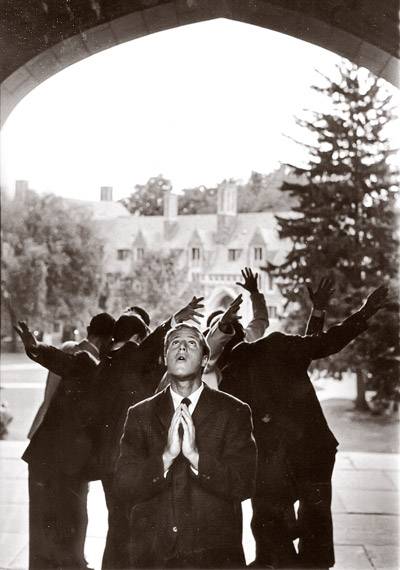 Students circa 1960 give an a cappella performance in Blair Arch. Arch sings have been taking place in the University's Gothic archways since a cappella first emerged on campus in 1941. (Photo courtesy of Princeton University Archives)