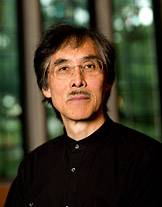 Richard Okada, a professor of East Asian studies at Princeton University who was known for his work spanning classical as well as contemporary Japanese literature, died of natural causes April 4 at a care center in Monmouth Junction, N.J. He was 66.

Okada joined the faculty in 1985 after receiving his Ph.D. from the University of California-Berkeley in 1983. Prior to coming to the University, he was director of the Program in Asian Studies at St. Paul's School in Concord, N.H.

"Richard became one of the forerunners of applying contemporary literary theory to the study of Japanese literature," said Benjamin Elman, the Gordon Wu '58 Professor of Chinese Studies and chair of the Department of East Asian Studies at Princeton. "His students became interested in reading literary works with him to probe the historical, psychological, political and sociological issues of our times."

Elman described Okada as a "'polymath,' someone who typically crossed chronological and topical boundaries."

Okada was an expert on "The Tale of Genji," a classic of Japanese literature from the early 11th century that is sometimes called the first modern novel. He also studied contemporary Japanese culture, including animation, live-action film, hip-hop music and television dramas.

Steven Chung, an assistant professor of East Asian studies, said what Okada taught him about intellectual life was immeasurable.

"I remember the near-childlike enthusiasm with which Richard would pepper me with questions about a new film or a recently published book, and the surprising ways he could point out the knots in my ideas," Chung said.

"Indeed, it was his rare blending of mercurial spirit, philosophical idealism and unrelenting analytical energy that made Richard such an inspirational mentor for me. To his last days our conversations ranged over broad expanses — contemporary philosophers, Japanese television dramas, organic farming — and they were made all the more engaging by his deeply ironic sense of humor."

In his two-part undergraduate course on "East Asian Humanities," Okada enhanced students' understanding of the East Asian tradition in a manner that highlighted its similarities and contrasts with Western culture.

Daniel Velasco, a junior who took the course last year, said it made him think about the "depth of the readings and how they hide so much historic meaning."

Okada was the editor of a three-volume collection of essays in English on "The Tale of Genji" and the author of "Displacements of Conquest: or, Exile, 'The Tale of Genji,' and Post-Cold-War Learning," as well as "Figures of Resistance: Language, Poetry and Narrating in 'The Tale of Genji' and Other Mid-Heian Texts," among other publications.

At the graduate level, Okada taught courses on classical narratives, classical poetics, medieval discourse and culture, censorship of Japanese literature in the 1960s, and modern writers.

In 2008, Okada received a Graduate Mentoring Award from the McGraw Center for Teaching and Learning.

William Bridges IV, a Ph.D. candidate in modern and classical Japanese literature, said Okada touched the lives of hundreds of students and called Okada's selection for the award one testament to the caliber of his dedication and service to Princeton.

"I think of the conversations he shared with his graduate students, which always began with his sincere interest in fostering the intellectual growth of students and ended with his sincere concern for the well-being of everyone around him," he said.

In a nomination letter for the award, one former student wrote, "Brilliant, accessible, genuinely excited about teaching and supportive even of approaches incompatible with his own work, he also held a reputation for fierce rigor that gave me the best possible model of both teaching and scholarship: advice and muscular sympathy from the keenest of critics."

Elman noted that in his last years, Okada "became concerned about environmental issues as a field of literary studies as well as a means for preserving the global environment.

"His notice posted beside his office door says: 'Reduce, Reuse and Recycle.' He loved Japan and all things Japanese," Elman said.

Okada is survived by his son, Kai, of Princeton.

A campus memorial service is being planned.