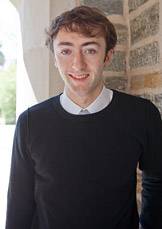 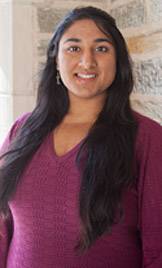 Twelve sophomores are winners of this year's Dale Summer Awards, which provide a $4,000 stipend to pursue a summer project not connected to their academic coursework. The recipients and the titles of their projects are:

The minor league baseball fields that dot so many small towns throughout the United States could not be more of a contrast to the remote health clinics of northern India.

But for Princeton seniors Zachary Newick and Shivani Sud, these strikingly different settings, respectively, will serve as the backdrop for independent projects that each student will pursue over the next year as the 2012 winners of Princeton's Martin Dale Fellowship.

Soon after graduation, Newick will begin traveling around the United States to various minor league baseball stadiums as part of his research for a novel he plans to write about a family deeply affected by one member's unwavering dream to make it to the big leagues.

Sud will move to India and work in rural villages and city slums in Jammu, which along with Kashmir forms the northernmost state in India, where she hopes to help improve health care for women and children, including training physicians to provide an affordable yet effective screening for cervical cancer.

"We had two very strong candidates this year," said John Hodgson, dean of Forbes College, one of Princeton's six residential colleges, and the fellowship's adviser. "Both Zachary and Shivani proposed projects demonstrating a transformative potential that underscores the essential point of the Dale Fellowship."

This year marks the first time two winners have been selected for the 12-month fellowship since its inception in 1997. As part of the award, Sud and Newick will each receive $30,000 to pursue their respective projects.

Created by Martin Dale, a 1953 Princeton graduate, the fellowship is awarded annually to a graduating senior to allow him or her "to devote the year following graduation to an independent project of extraordinary merit that will widen the recipient's experience of the world and significantly enhance his or her personal growth and intellectual development."

"The whole after-college question can be confusing and anxiety-producing," said Newick, an English major. "I wasn't sure what I was going to do but I've always really wanted to write. To have a year to be able to work on this one thing is a pipe dream."

Newick likened his desire to become a novelist to the dreams of minor league players who toil day after day on a baseball diamond "hoping that one day of four hits or 10 strikeouts will be their ticket out of towns like Daytona and Knoxville and Pawtucket and into cities like Los Angeles and Chicago and New York."

The novel will be an expansion of his short story, "Record Snowfall," which Newick wrote his junior year. The story was selected for publication in the national literary anthology "plain china: Best Undergraduate Writing 2011."

"It's not very often that you might find a young writer as strong and searching as Zack," said Jeff Nunokawa, professor of English and master of Rockefeller College, where Newick lived during his first two years at Princeton. "He is ready for his turn at bat, and I am pleased beyond words that he now has a chance to take it."

Newick, who grew up in New Haven, Conn., and is a lifelong Yankees fan, said the Dale Fellowship will allow him to create an accurate portrayal of minor leaguers by being able to experience firsthand the towns they live in, the roads they travel and the games they play.

He has mapped out an itinerary to explore several small towns and cities that are home to minor league baseball teams stretching from New England to New Mexico to help him create an authentic backdrop for his fictional characters.

"I am not so different from the players on the field I wish to write about — I too have this one consuming dream, to write," Newick wrote in his proposal for the fellowship.

For Sud, a molecular biology major, the Dale Fellowship will allow her to make good on a promise she made to herself last year while in India as a grant recipient of Princeton's Adel Mahmoud Global Health Scholars Program. Sud, who grew up in Durham, N.C., spent the summer in her parents' native country researching how religious aspects of the culture, including the notion of karma, affect attitudes about diseases.

While interviewing a female patient, the woman told Sud that academics and government workers often come to her community and take a lot of notes, only to leave after they obtain the information they need for research purposes.

Sud, who speaks Hindi fluently, said she plans to work with partners from a local medical school and hospital to help better understand the needs of the communities she'll be working in.

As part of her project, Sud plans to teach physicians and medical students how to use a digital camera in conjunction with an affordable cervical cancer screening known as a visual inspection with acetic acid test or VIA. During the screening, health care providers brush a patient's cervix with vinegar (acetic acid). If there are precancerous cells present, they will quickly turn white during the procedure. Although the test is easy to perform and is cost-effective, it has some limitations because health care providers usually view the cervix with the naked eye and spots only stay white for a few minutes while other spots may be difficult to detect. The use of the camera allows for more accurate results in screening for cancer, Sud explained.

"Shivani has been exploring global health issues in a range of disciplines and settings throughout her high school and college career," said Kristina Graff, associate director of Princeton's Center for Health and Wellbeing. "This project will carry her past achievements to a higher level, and it has the potential for positive impact on the public health sphere."

After the Dale Fellowship, Sud plans on applying to medical school and becoming a pediatric oncologist. She welcomes the opportunity to take on a new experience first, before committing to further studies.

"There were experiences I wanted to have before I went to medical school," Sud said. "I liked the idea of being able to sculpt something myself instead of going straight into a program that is already laid out. This is something you can't learn in a textbook."