Princeton seniors David Lind and Xiaodi Alice Tang have received Martin A. Dale ’53 Fellowships to spend a year after they graduate pursuing projects of special interest to them.

Lind, a philosophy major, plans to record a full-length folk music album in Nashville that is inspired by his volunteer work with people in hospice care.

Tang, a computer science major, seeks to develop a series of workshops, to be held in schools and community centers across the U.S. and China, that integrate STEM fields (science, technology, engineering, mathematics) and the arts. 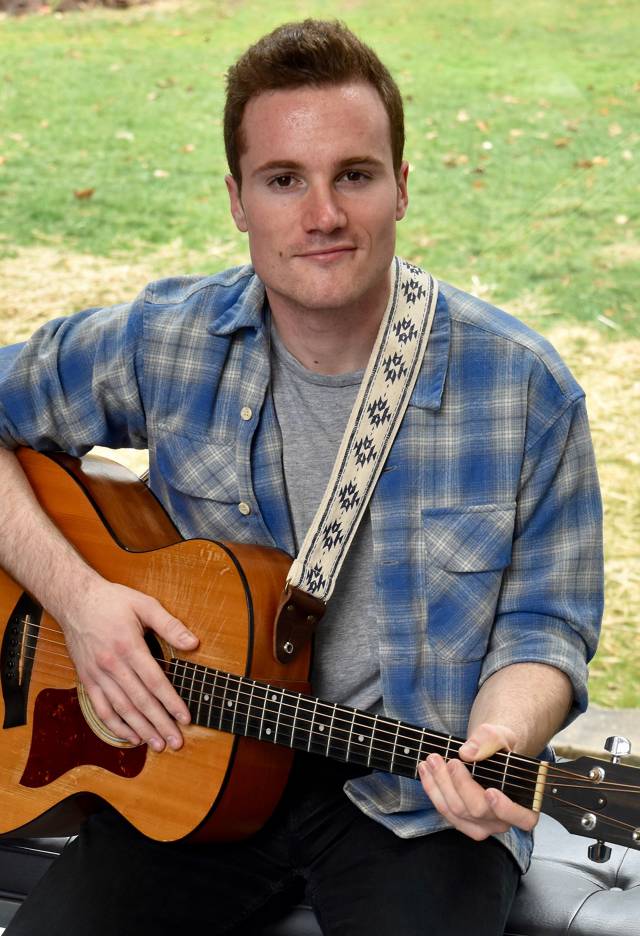 Lind, who is also earning a certificate in cognitive science, is a member of Wilson College, one of Princeton’s six residential colleges. His project, “Surviving Death: Songs from Hospice,” will allow him to put stories and reflections about experiences of hospice into song.

Lind explained: “Some of the songs will be in the third-person, narrating a particular event or memory from a patient’s life — a specific hardship, adventure or achievement. Others will be more personal, centering on my own reflections on life and the dying process — the value of medicine, the shortness of life, the transformation of our values.”

Lind, who is from Phoenix, has been writing and performing his own songs since starting to play the guitar at age 13. During high school, one of his biggest performances was a benefit concert for a charity founded by a friend who had recently died of cancer.

At Princeton, Lind has served as project leader with the Pace Center for Civic Engagement for two groups that point to the interests of his Dale project — Ascend Hospice and Princeton Music Outreach. In this service work, he coordinates student volunteers and drivers every week to forge personal connections between Princeton students and hospice patients. Bi-weekly, he organizes musical performances at hospice facilities.

In his sophomore year, Lind took the course “How to Write a Song” taught by Paul Muldoon, the Howard G.B. Clark ’21 University Professor in the Humanities and professor of creative writing in the Lewis Center for the Arts. In the class, students wrote and performed songs with emotionally charged themes, culminating in a public show.

“David Lind’s project is genuinely fascinating,” said Muldoon. “It’s a pleasure to be able to offer him encouragement to see it through.”

Lind studied philosophy at the University of Oxford in spring 2017 and participated in Princeton in Spain in summer 2015. With summer funding from the Lewis Center for the Arts, he recorded his first acoustic EP in Nashville before going to Oxford, where he had enjoyed many opportunities to perform his music.

After his Dale Fellowship, Lind is considering applying to medical or graduate school with a continuing focus on his interests in mental health and music. 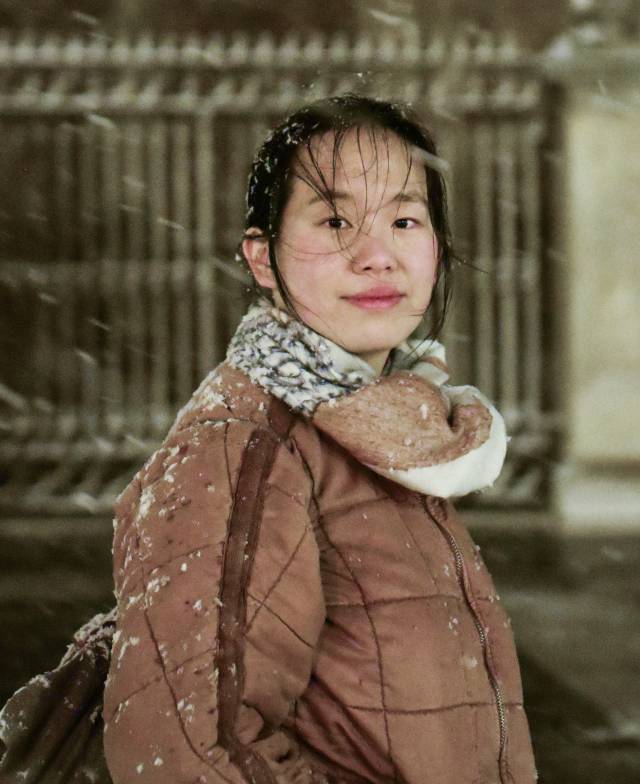 Tang’s time at Princeton speaks to her interests in STEM and the arts.

She is a member of the Edwards Collective, a group of students who live together in a residential community in Mathey College that celebrates the humanities and creative arts. She performs with the Chapel Choir, Glee Club, Princeton Pianists Ensemble and Princeton Opera Company.

Tang is also pursuing a certificate in quantitative and computational biology. Over the last three summers, she worked on lab projects in the Summer Undergraduate Research Program in Molecular Biology and Quantitative and Computational Biology. She is a student ambassador with the Council on Science and Technology.

Tang was born in Chengdu, China, and has lived in the San Francisco Bay Area since age 5.

Tang said that central to her Dale project, “Erasing the Boundaries,” is the question, “What beauty lies at the intersection of different disciplines?”

She said a course she took, “Transformations in Engineering and the Arts,” was particularly inspiring in that it “existed to answer [that] question.”

In addition to leading hands-on workshops, Tang hopes to document and reflect on the process through photographs, drawings and journalism — especially pertaining to local cultural values and expectations regarding STEM, arts and education. She said, “I hope to spark conversation among students, educators and parents about pedagogy, and inspire, especially, children to believe in the accessibility of all domains of knowledge — especially when understood from interdisciplinary perspectives.”

On her proposed workshop syllabus are activities such as crafting microcontroller-driven instruments, including fretboard interfaces and paper pianos, as well as exploring mathematics in nature through biological illustrations and pinhole cameras.

Aynsley Vandenbroucke, a lecturer in dance and the Lewis Center for the Arts, taught Tang in 2016 in the course “Power, Structure and the Human Body,” and observed Tang’s creativity and sense of purpose.

“In our class together, Alice brought deep curiosity and passion to everything we read, made or discussed,” Vandenbroucke said. “I could always see a new question brewing in her, and whenever she asked these questions of the class, she started whole new areas of exploration and conversation for all of us. She was generous with her time and energy and in her genuine connection with other classmates and with me. Her enthusiasm, intellect, kindness and truly original thinking can’t help but inspire the same in those around her. She makes us better at our work and at thinking beyond our work. She will inspire students and new connections across fields next year. I can't wait to see what develops!"

After she completes her fellowship, Tang hopes to share what she learned at collaborative makerspaces and cultural centers in the U.S. and China, potentially also creating an interactive book. Later, she plans to attend graduate school.

Twelve sophomores are winners of this year's Dale Summer Awards, which provide a $5,000 stipend to pursue a summer project that provides important opportunities for "personal growth, fosters independence, creativity and leadership skills, and broadens or deepens an area of special interest." The recipients and their residential colleges are: