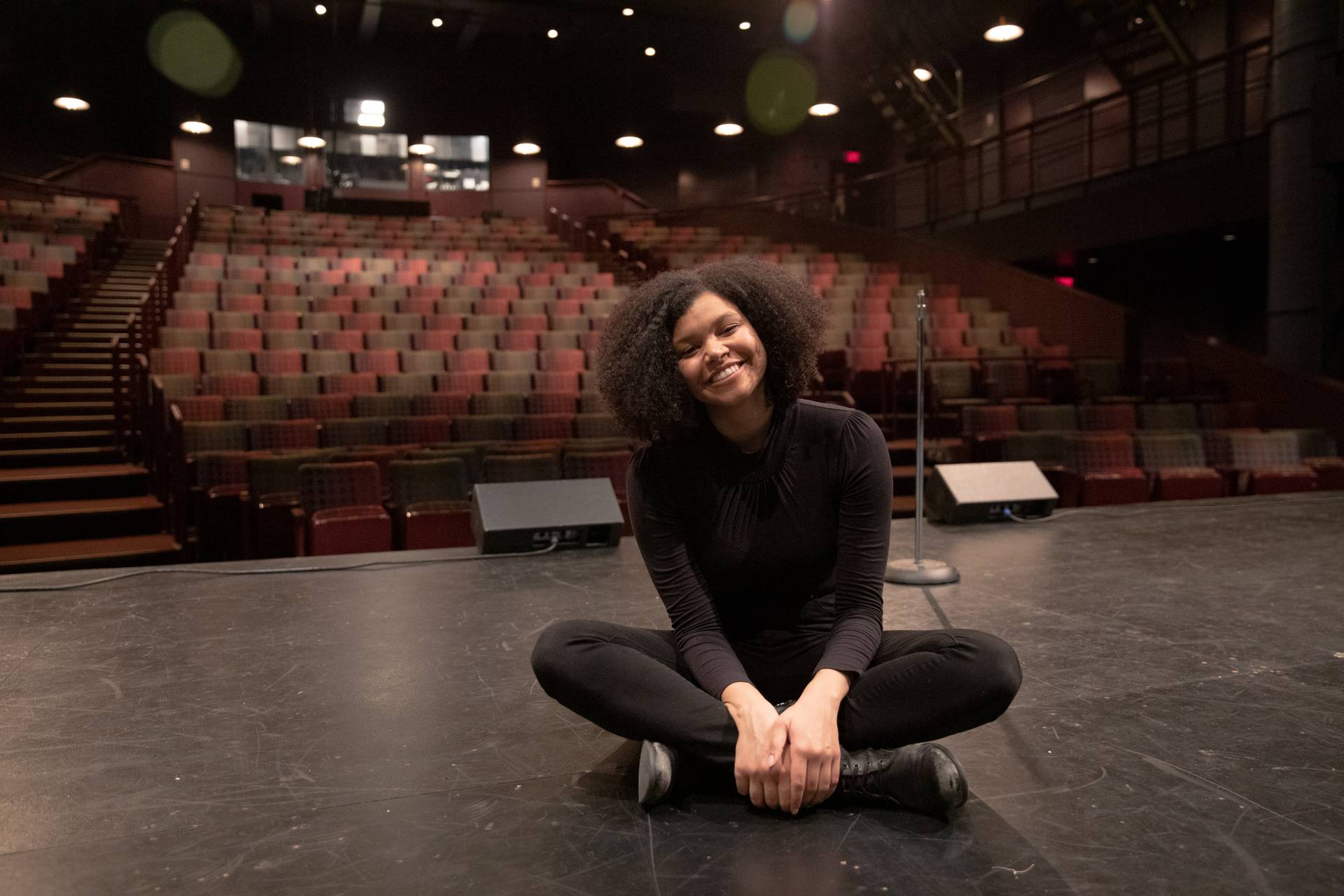 Princeton senior Victoria Davidjohn has received a Martin A. Dale ’53 Fellowship to spend a year after she graduates to pursue a project of special interest to her.

Davidjohn plans to write a piece of musical theater on the life of Ella Josephine Baker, an African American civil rights leader who died in 1986.

Davidjohn was raised in San Juan, Puerto Rico, and moved to Lynchburg, Virginia, as a child. Kicking off her time at Princeton, she participated in the Freshman Scholars Institute, an eight-week summer program that provides a select group of incoming students, primarily those who are first in their family to attend college and those coming from lower- to moderate-income backgrounds, with an early opportunity to experience the many academic and co-curricular resources that Princeton has to offer.

A concentrator in English, Davidjohn also is pursuing certificates in theater and music theater. She is a member of Forbes College, one of Princeton’s six residential colleges.

Through the Dale Fellowship, Davidjohn will extend her interest in music theater by giving voice to the story of Baker, a pioneering woman in the civil rights movement who held key roles in the NAACP, Martin Luther King Jr.’s Southern Leadership Conference, and the Student Nonviolent Coordinating Committee.

In describing her project, titled “Singing the Unsung Hero: Ella Jo Baker,” Davidjohn said: “A story as powerful as Ella Jo's deserves a medium that meets her story's importance. At the same time, it necessitates a medium that can properly convey the world she lived in. So why a musical? The civil rights movement is rooted in song. In march songs, in work songs, in slave songs. Furthermore, it is drenched in culture and steeped in pain — black pain — some of the most precious and difficult to convey.”

Davidjohn, who plays several music instruments, will build from her deep engagement with theater at Princeton. Since 2016, she has directed five productions on campus and in town through Princeton University Players, the Lewis Center for the Arts and Princeton Summer Theater. She served as president of Princeton University Players for two years, and was responsible for leading the 20-plus member board of the fully run student-run music theater group.

Currently, she is a student theater technician at the Lewis Center. She has worked with Jane Cox, director of Princeton’s theater program and a renowned lighting designer.

“Victoria Davidjohn is an extraordinary student and human being, whose great gifts as a young theater artist are matched by her enormous aptitude for leadership and organizing, by her compelling vision for a better future, and by her deep generosity,” said Cox.

“It has been an enormous pleasure to watch Victoria grow over the last three years, especially during the process of creating the theater program's community-focused production of ‘The Odyssey,’” Cox continued. “Over the last year, as she has worked on ‘The Odyssey,’ Victoria has led hundreds of people — students, staff, faculty and members of community groups — in the process of creating this wonderful piece of art together. I can't wait to follow Victoria's trajectory as a future leader of the national arts community.”

For the past two summers, Davidjohn was a Public Works intern with the Public Theater in New York City. She said that after she graduates, she plans to be based there and hopes to get input from several theater mentors she has met in the city as her project develops. She also will use the fellowship to visit locations central to Baker’s story, including Shaw University in Raleigh, North Carolina, where Baker was valedictorian, and along the civil rights trail from Birmingham, Alabama, to Washington, D.C.

In 2018, Davidjohn was noted for outstanding work by a junior and has twice received a Peter B. Lewis Summer Fund. She is a 2015-19 Jack Kent Cooke Foundation College Scholar and a Questbridge National College Match Scholar.

The Dale Summer Awards provide a $5,000 stipend to pursue a summer project that provides important opportunities for “personal growth, fosters independence, creativity and leadership skills, and broadens or deepens an area of special interest.” The recipients and their residential colleges are:

• Carter Gipson, Forbes College, “An Investigation of Meaning in the American West”

• Akash Kushwaha, Mathey College, “Swahili and Theater for Development in Tanzania and Kenya”

• Sofia Pauca, Butler College, “Unique But Not Alone: The Lives of Families with Children with Disabilities in the U.S. and Peru”