Jennifer Altmann, for the Lewis Center for the Arts

The work of Black playwrights Lorraine Hansberry and August Wilson are often studied and performed in theater programs and professional theaters, but many other seminal African American playwrights have never been given the attention they deserve. A Humanities Council Magic Project launched a partnership between Princeton’s Lewis Center for the Arts and the nonprofit collective CLASSIX to promote engagement with rarely performed classic Black plays. 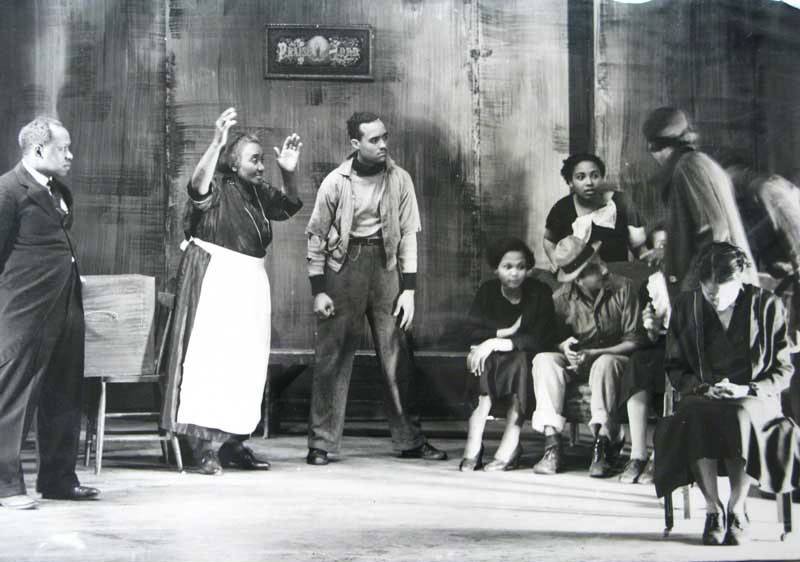 The Lewis Center for the Arts has launched a partnership with the nonprofit collective CLASSIX to promote engagement for students and the Princeton community with rarely performed classic Black plays. Pictured: The 1936 production of "Stevedore" by George Sklar and Paul Peter, which explored the confluence of class and racial prejudice.

Influential plays such as Alice Childress’ 1966 “Wedding Band,” a powerful exploration of the consequences of an interracial love affair in South Carolina in 1918, have faded from view. Other plays are only available on library shelves. “The history of Black theater is not readily accessible,” says Jane Cox, director of the Lewis Center’s Program in Theater. “So many important plays by Black authors haven’t been published or reprinted, and they deserve to be read and seen.”

To rectify these gaps, over the next few years, the theater program will host readings, forums and several other initiatives to bring these works to students, faculty and the greater Princeton community. 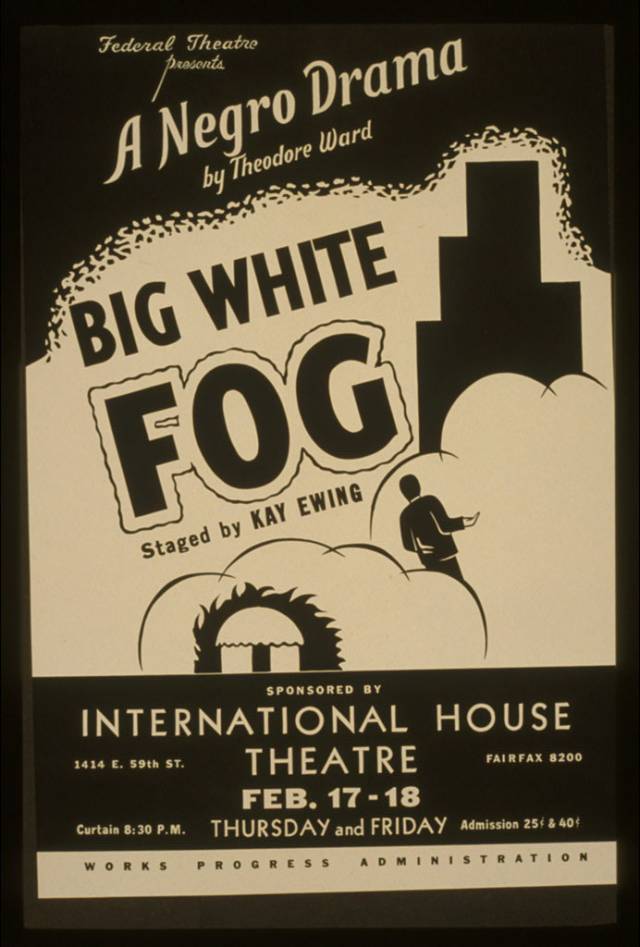 “We want students to have these works in their archive and knowledge base so ... they can see the range and complexity of the Black theater writing tradition,” said Awoye Timpo, one of the five artists who lead CLASSIX. Pictured: Poster for a production of Theodore Ward’s iconic play, “Big White Fog,” at New York’s Federal Theatre.

Image courtesy of the Library of Congress

On March 30, the partnership’s kick-off virtual event will feature recorded readings of excerpts of plays written by artists in what were then referred to as the Negro Units of the Federal Theater Project, which was established by President Franklin Roosevelt during the Great Depression as part of his economic recovery efforts. The "Negro Units," created in 23 cities around the country, performed live theater while providing employment to artists.

The virtual event, which is free and open to the public but registration is required, will examine the lessons, ambitions and failures of the New Deal as it relates to current Black experience. The excerpts include one of the most iconic plays of the era, Theodore Ward’s “Big White Fog,” as well as “Natural Man” by Theodore Browne and “Liberty Deferred” by Abram Hill and John Silvera. The scenes will be performed and directed by professional artists, with Princeton students who are earning a certificate in theater serving as assistant directors. A panel of professors in various fields will lead a discussion following the performances. This event is a Princeton’s Humanities Council Magic Project.

Founded in 2017, CLASSIX is a collective of theater artists and scholars who set out to explore theater’s classical canon by shining a light on Black playwrights, mainly those whose work appeared before 1990, and examining the current moment through that work. 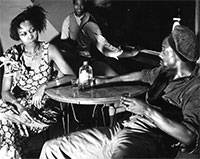 Image courtesy of the Library of Congress

“We want students to have these works in their archive and knowledge base so when they’re thinking about both content and form, they can see the range and complexity of the Black theater writing tradition,” said Awoye Timpo, a Brooklyn-based director and producer who is one of the five artists who lead CLASSIX.

She continued: “We want the audience to know that these plays exist, that in moments where we are tasked with articulating how devastating national events affect people and communities, that there is a vibrant tradition of theatrical writing that asked these questions nearly 100 years ago.”

Timpo has spent years hunting for information about Bill Gunn’s 1989 play “The Forbidden City,” in which a middle-class Black family in 1936 Philadelphia struggles with the aftereffects of life in the Jim Crow South, where their baby died after being denied care in white hospitals. The play was performed at the Public Theater in New York City in 1989, but Timpo has only been able to track down a single copy. It’s in a New York City library and cannot be checked out. “It’s extremely frustrating and sad,” she said. “These plays should not be this hard to find.”

Dominique Rider, a director and dramaturg based in Brooklyn who is part of the CLASSIX collective and a guest artist at the Lewis Center, said he is frustrated by “the many Black writers we don’t know about. Their plays have ended up stuck in drawers. Sometimes I can read reviews, but I can’t find the actual play. It feels like Black artists are having to reinvent the wheel when we are actually standing on tradition.”

The collaboration between CLASSIX and Princeton included a virtual informal conversation in early March that brought together students and professional theater makers who are part of CLASSIX. “We want to make sure students are getting a chance to have professional experiences and connect with these amazing artists while they are still in school,” Timpo said.

Upcoming events under the new Princeton-CLASSIX partnership for the fall include a virtual all-day symposium on September 10, “'Shuffle Along' and the Tulsa Race Massacre: A Centennial Symposium,” which is also funded by a Humanities Council Magic Grant. Stacy Wolf, professor of theater in the Lewis Center for the Arts and American studies, and director of the Program in Music Theater, and Catherine Young, a lecturer in the Writing Program, are co-leading the event, along with the Classix team. Future projects in discussion include an oral history project, with students helping to gather the recollections of theater makers, and a new course crosslisted in theater and humanistic studies focused on performing the archive, Living Newspapers theater and documentary theater. 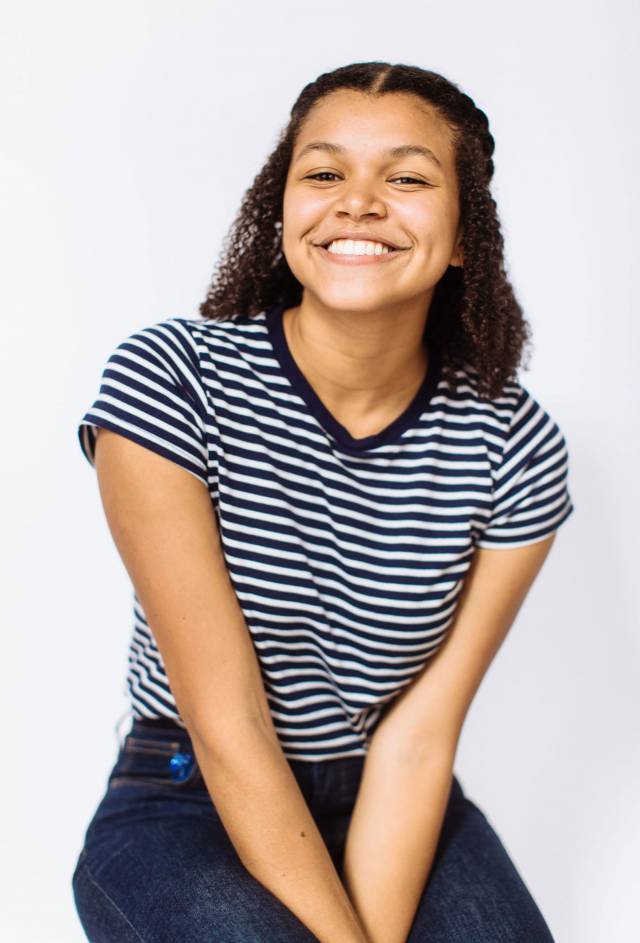 Victoria Davidjohn, a Class of 2019 Princeton graduate, is working this year as the Program in Theater's coordinator for academic and student engagement, and serves as a liaison between CLASSIX and the University.

“It’s a race against time,” Timpo said. “We want to capture the stories of the artists who were involved in the creation of these plays.”

Victoria Davidjohn, a Class of 2019 Princeton graduate, is working this year as the theater program’s coordinator for academic and student engagement, is serving as a liaison between CLASSIX and the University. She is also the director of the Trenton Youth Theater, a weekend arts program offered to Trenton high school students as part of Trenton Arts at Princeton, a vibrant, multifaceted service initiative offering arts outreach and orchestral, choral, dance and theater programming to dozens of Trenton middle and high school students.

During her senior year, Davidjohn directed a 68-person production of “The Odyssey,” performed at the McCarter Theatre Center’s Berlind Theatre with a cast that included members of the Trenton Children’s Chorus and the Trenton Circus Squad. Last year, she penned a musical theater piece on the civil rights movement with funding from Princeton’s Dale Fellowship.

The work of CLASSIX, Davidjohn said, has greatly contributed to her development as an artist.

“I’m so grateful for the opportunity to learn about these playwrights and how they approached the stage,” she said. “They are the shoulders we stand on.” She longs to see these plays on the stage. “I can read the plays, but it’s completely different to experience them as they were meant to be performed.”

Events produced by the Princeton-CLASSIX partnership will examine plays not only in the context of the arts, but also as an essential component of understanding society by exploring them through the lens of economics, politics and African American history. Plays that might be performed would be recorded so that students can watch them in the future.