by Emily Aronson and Office of Development Communications 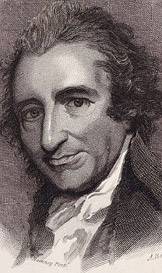 More than 235 years after Thomas Paine challenged the American colonists to free themselves from British rule in his treatise "Common Sense," history buffs around the world can study Paine's rousing words and other Revolutionary-era texts through the Princeton University Digital Library.

Nearly 150 books, pamphlets and prints from the Sid Lapidus '59 Collection on Liberty and the American Revolution were recently digitized in their original form and are available online for free. Readers may virtually flip through the frayed-edge pages of "Common Sense," which helped inspire the Declaration of Independence after it was published in 1776, or enlarge detailed text and images featured in the works of Founding Fathers John Hancock, Alexander Hamilton, Thomas Jefferson, James Madison and many others. 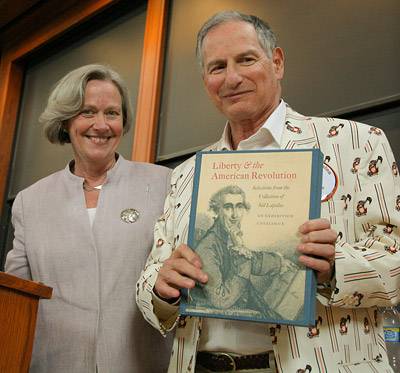 President Shirley M. Tilghman and Sid Lapidus, a Class of 1959 alumnus, display the catalog for the 2009 Princeton University Library exhibit "Liberty and the American Revolution." (Photo by Denise Applewhite)

The Lapidus Collection's themes include the intellectual origins of the American Revolution; the Revolution itself; the early years of the republic; the resulting spread of democratic ideas in the Atlantic world; and the effort to abolish slavery in both Great Britain and the United States.

Avid book collector Lapidus, a Princeton Class of 1959 alumnus and a history major as an undergraduate, gave the rarities to the University on the occasion of his 50th Reunion in 2009. The Princeton University Library hosted a major exhibition and published a 200-page catalog to mark that event. Earlier this year, the Internet database was launched.

"I want this material to be available to scholars of all levels, to open the minds of young people and those who are more experienced," Lapidus said. 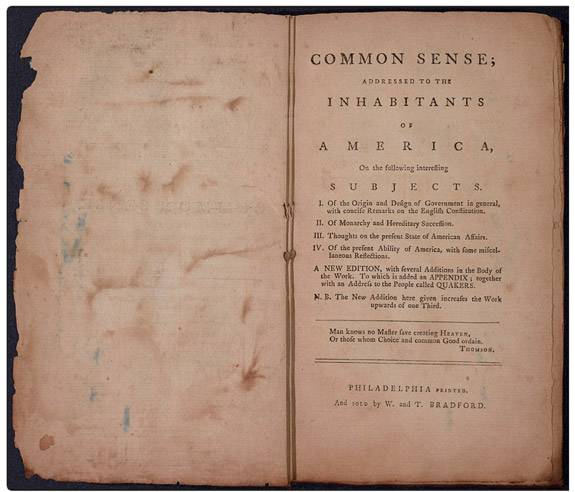 Paine's four-part pamphlet "Common Sense," which was published in 1776, helped inspire the Declaration of Independence.

Stephen Ferguson, assistant University librarian for Rare Books and Special Collections and curator of rare books, said it took a team of eight people nearly a year to scan the approximately 32,000 pages for the digital library. Ferguson said the library plans to add more content to the website over time.

The library's hard work was recently recognized by the University of Wisconsin-Madison Libraries' Scout Report, which named the Lapidus Collection one of the best online resources for the 2011-12 academic year.

The Gilder Lehrman Institute of American History in New York City also has worked with the library to create online resources for secondary school teachers based on the materials.

The pieces donated by Lapidus are among various collections available in the Princeton University Digital Library, which showcases a range of items from Latin American posters to Islamic manuscripts.

A version of this story was originally published by the Office of Development Communications. 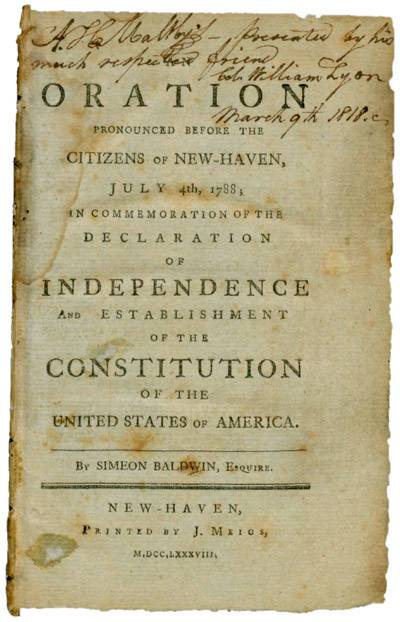 This oration was pronounced before the citizens of New Haven, Conn., on July 4, 1788, in commemoration of the Declaration of Independence. 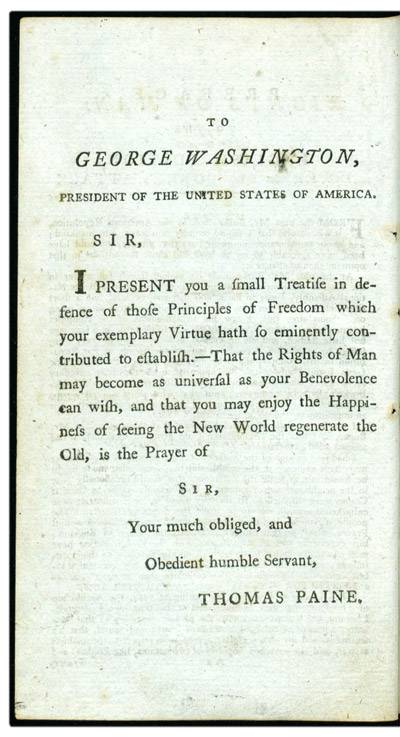 The first part of Paine's book "Rights of Man," published in 1791, opens with a dedication to President George Washington. 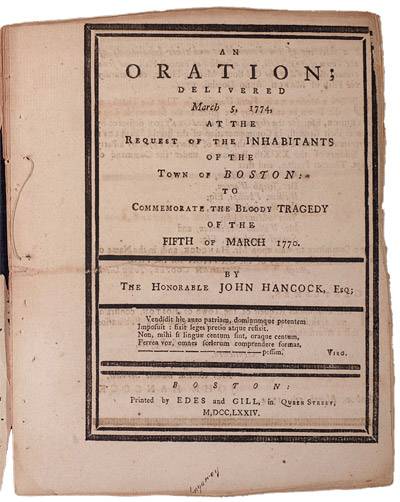 John Hancock delivered this speech on March 5, 1774, on the fourth anniversary of the Boston Massacre. Hancock, a political leader from Massachusetts, was a signer of the Declaration of Independence.

The collection also holds smaller items, including a manuscript pay order dated Nov. 27, 1779. It is addressed to state treasurer David Rittenhouse for 450 pounds for service as clerk of the Pennsylvania general assembly, signed by speaker John Bayard and receipted by Paine at the bottom. 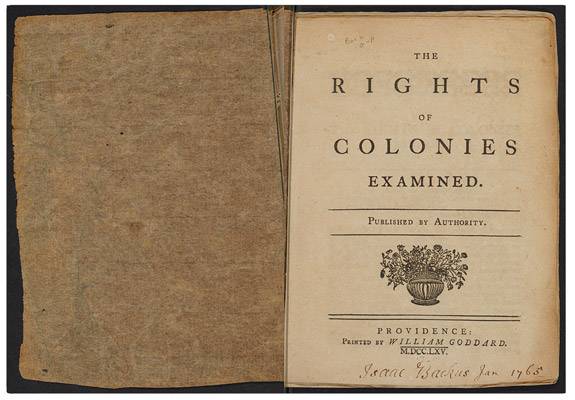 Stephen Hopkins, who was governor of the colony of Rhode Island and a signer of the Declaration of Independence, wrote "The Rights of Colonies Examined" in 1765. He argued for rights not just of Rhode Islanders, but of "Americans." 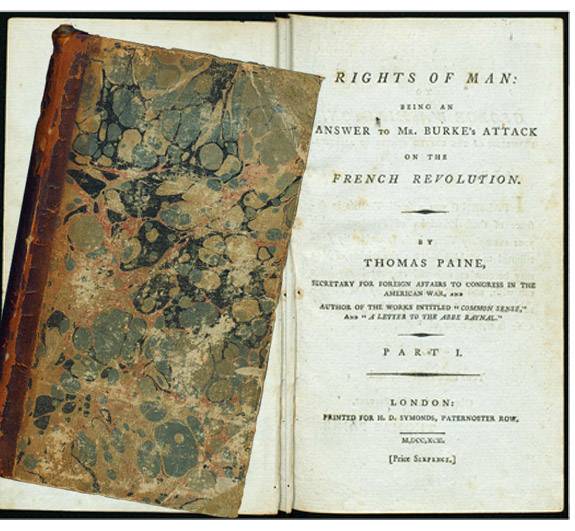 The Lapidus Collection features a copy of Paine's "Rights of Man," Part I-II. Here, the worn cover and title page are displayed.