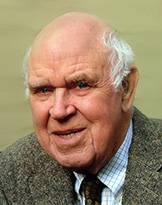 Howard "Pat" Curtiss Jr., an authority on the aerodynamics of helicopters who helped design generations of vertical-takeoff aircraft for many companies, died Sept. 20 at the University Medical Center of Princeton at Plainsboro. He was 82 and the cause was bladder cancer.

Curtiss, a professor of mechanical and aerospace engineering at Princeton University for 33 years, earned a reputation as someone who could find the essential qualities of complex aerodynamic problems and develop relatively simple mathematical models that allowed engineers to overcome those problems and create innovative designs. He also was a much sought-after teacher whose students have gone on to leadership roles throughout the aerospace industry.

In one series of experiments in the late 1970s and early 1980s, Curtiss and his students shed light on the complicated "ground effect" aerodynamics that occur when the rushing wake of spinning helicopter blades bounces off the ground and recirculates through the rotor. Their work continues to be a standard reference for people studying this phenomenon today, said Todd Quackenbush, a former student now an engineer at Continuum Dynamics Inc. in Ewing, N.J.

"There are a lot of complex and occasionally dangerous behaviors that produce some real challenges for the pilot," Quackenbush said. "The experiments that Pat and his students did really helped clarify what was going on."

After transferring to emeritus status at Princeton in 1998, Curtiss worked with Pennsylvania-based Carson Helicopters Inc. to develop a new type of rotor blade that dramatically improved the range, speed and carrying capacity of the widely used Sikorsky S-61 helicopter. The design is now used on the "Marine One" helicopter fleet that transports the president of the United States.

At Princeton, Curtiss ran a test facility that was unique in aerodynamics studies — a 750-foot-long building known as "the Long Track" that functioned as a reverse wind tunnel where scale models of aircraft were moved through the air instead of the air being moved past the aircraft. The facility, located on Princeton's Forrestal Campus, avoided problems of conventional wind tunnels in which the tunnel walls caused interference that skewed measurements. "It allowed helicopters to be tested in a unique way," said Robert Stengel, a Princeton professor of mechanical and aerospace engineering.

Howard "Pat" Curtiss Jr. ran a test facility that was unique in aerodynamics studies — a 750-foot-long building known as "the Long Track" that functioned as a reverse wind tunnel. The facility, located on Princeton's Forrestal Campus, is shown in the aerial photo above. (Photo courtesy of Robert Stengel)

By combining innovative use of the long track with an incisive ability to create mathematical models, Curtiss played a key role in testing many of the major new designs from companies such as Bell, Boeing, Grumman and Sikorsky for helicopters and vertical and short takeoff and landing (V/STOL) aircraft.

Beyond V/STOLs, Curtiss had a broad and fundamental understanding of aerodynamics.

"Anytime I had a practical aerodynamics problem, I went to him," said Stengel, who joined the Princeton faculty in 1977, 12 years after Curtiss. "He had an encyclopedic knowledge of the history of aerodynamics. He knew something about every airplane that was built."

Curtiss was born in Chicago on March, 17, 1930 – Saint Patrick's Day – which led to his nickname, "Pat." He earned his undergraduate degree at Rensselaer Polytechnic Institute in 1952 and then joined the U.S. Navy as an officer aboard the U.S.S. Mississippi. In 1954, he entered Princeton as a graduate student. His adviser, Alexander Nikolsky, a renowned helicopter expert, took him on as a research staff member even as Curtiss worked his way through graduate school. After earning his Ph.D. in 1965, Curtiss immediately joined the faculty. During those early years, he helped Nikolsky design and develop the Long Track. He was granted tenure in 1967.

As a faculty member, Curtiss advised more than 36 graduate students and many undergraduates who sought him out for independent study projects.

"Once he started talking about something, students were just naturally drawn in and fascinated by what he was saying," said Robert McKillip, who earned his bachelor's degree at Princeton in mechanical and aerospace engineering in 1978 and later served for eight years on the department's faculty.

"He could switch on more light bulbs than anyone else," McKillip said.

"He had great patience and support for students who were just getting their feet under them," said Quackenbush, who earned his undergraduate degree in the department in 1980 and stayed on for his Ph.D. "I came in as a very green young guy and he was very helpful in bringing me along, and a lot of other people as well, opening the doors to this very complex regime of aerodynamics." 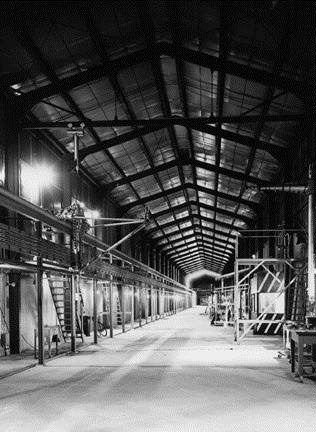 At the Long Track facility that Curtiss managed, scale models of aircraft were moved through the air instead of the air being moved past the aircraft. The above photo shows the facility's interior, which avoided problems of conventional wind tunnels in which the tunnel walls caused interference that skewed measurements. (Photo courtesy of Robert Stengel)

Students and colleagues said that Curtiss' success as a teacher stemmed from his ability to break problems down to their essential and understandable components, which is the same skill he brought to his research. In a field where models tended to be overly simplified or blindingly complex (particularly with the advent of great computing power), "Pat was very good at playing the middle," McKillip said.

A classic Curtiss solution would have just enough complexity to capture the true physical effects yet was simple enough to be understood. "After you look at what he contributed, you have a more intuitive sense of what the various effects are," McKillip said. "You actually get an answer that looks like Mother Nature is going to tell you what's going to happen."

In one of his key breakthroughs, Curtiss showed that a common theory about how to dampen undesirable flapping or flexing of rotors could actually exacerbate the problem through a phenomenon called "aeroelastic coupling." In 1978, Curtiss, former Princeton professor Earl Dowell and colleagues co-wrote the highly regarded book, "A Modern Course in Aeroelasticity," which is currently in its third edition.

A fellow of the American Helicopter Society and the American Institute of Aeronautics and Astronautics, Curtiss developed and taught many short courses in the fundamentals of aerodynamics at companies and universities around the world. He served on several governmental advisory groups and was an honorary professor at Nanjing University of Aeronautics and Astronautics in China.

Given his deep expertise in aerodynamics, Curtiss often surprised colleagues with the breadth of his other knowledge. Bruce Kothmann, a former Ph.D. student now a senior lecturer at the University of Pennsylvania, recalled walking into Curtiss' office and mentioning the Wright brothers memorial at Kitty Hawk, N.C., which spurred "a 20-minute lecture on art deco architecture."

"I was flabbergasted that someone with the knowledge he had of rotorcraft flight dynamics could give an impromptu talk on architecture," Kothmann said. "The breadth of his knowledge was really stunning."

Curtiss' intelligence also powered a dry sense of humor. Attending a celebration for colleague Robin Gray, who retired from the Georgia Institute of Technology, Curtiss roasted his former fellow graduate student by simply displaying and discussing the multi-page handwritten equations in Gray's 1957 thesis. "He had the whole room in stitches," Kothmann said.

Outside work, Curtiss had a love of sailing, although that too involved complex aerodynamics. He advised the Princeton sailing team and sometimes gave talks on the aerodynamics of sails.

A memorial service will be held in Princeton on a date in November to be announced.