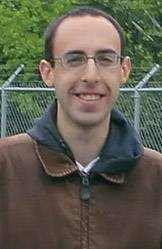 Air pollutants' effects on climate and air quality are the subject of a yearlong field research project led by five Princeton University graduate students. David Miller (above), a graduate student studying civil and environmental engineering, is one of the principal investigators on the project.

The sensors use quantum cascade lasers to perform chemical fingerprinting of the greenhouse gases carbon dioxide, nitrous oxide, methane and water vapor, as well as ammonia and carbon monoxide, which are related to air quality.

These trace gas sensors were developed in laboratories that are part of Princeton's Mid-InfraRed Technologies for Health and the Environment (MIRTHE), a center funded by the National Science Foundation. The director of MIRTHE is Claire Gmachl, the Eugene Higgins Professor of Electrical Engineering and a pioneer in the development of quantum cascade lasers.

The students are still analyzing the data collected during field research. But Mark Zondlo, assistant professor of civil and environmental engineering, said that the project "will allow for new insights into the nitrogen, carbon and water cycles in urban and agricultural settings."

Zondlo also said the lasers were robust in the field.

"The new laser sensors proved to work under harsh field conditions from snow and frost to summer heat," he said.

This video is narrated by David Miller, a graduate student in civil and environmental engineering, and shows the group's fieldwork performing atmospheric measurements in April 2012 at a test site run by the Maryland Department of the Environment and Howard University in Beltsville, Md. The site is in the middle of the Baltimore-Washington, D.C., corridor, which faces significant urban air quality issues.

Miller said the student-led independent project was a "unique opportunity" for graduate students to manage research. The students were in charge of formulating project goals, making connections with outside collaborators, taking care of logistics and budgeting.

The Princeton graduate students who serve as co-principal investigators on the project, in addition to Miller, are Dan Li, Clinton Smith, Kang Sun and Eve Wen Wang. The postdoctoral researchers and research scholars at Princeton associated with the project are Michal Nikodem, Anna Michel, Lei Tao and Amir Khan.