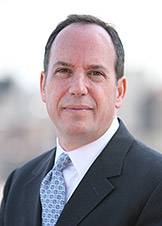 Burstein, who has led efforts to enhance campus life and strengthen University operations and infrastructure, will remain at Princeton through the academic year. On July 1, 2013, he will start as president of Lawrence University, a college of liberal arts and sciences with a music conservatory that serves 1,500 undergraduate students.

"It is with a mixture of great pride and immense sadness that I face the prospect that Mark Burstein will be leaving Princeton to become the 16th president of Lawrence University," Princeton President Shirley M. Tilghman said. "Mark has been an extraordinarily effective administrator for the past eight years, and a wonderful colleague. He led our ambitious campus master plan, and had a major role in every capital project we have undertaken, from Whitman College to the Lewis Center for the Arts."

"His leadership was critical for setting our sustainability goals, and for implementing the four-year college system. He has been a passionate spokesperson for the importance of diversity in higher education, and for improving the effectiveness of Princeton's administration. He will be greatly missed," Tilghman added.

Burstein will remain in his current position through the June meetings of the Princeton Board of Trustees, after which interim measures will be put in place to ensure continuing strong management of the responsibilities of his office while Princeton's president-elect conducts a search for his successor.

"We are very fortunate that all of Mark's direct reports and the colleagues in his office are exceedingly capable, which will allow the new president to think carefully about how best to fill this important position," said Tilghman, who announced in September her intention to step down as Princeton president at the end of this academic year.

As executive vice president, Burstein has been integral in the development of key University initiatives, including: the creation of a long-term campus master plan and real estate strategy; the development of a sustainability plan that integrates teaching and research with aggressive administrative targets for reducing the University's greenhouse gas emissions and conserving resources; the launch of the four-year residential college system with the Office of the Dean of the College; the development of priorities for Princeton's recently completed $1.88 billion Aspire fundraising campaign with the president, provost and Office of Development; the strengthening of the University's compliance and control program; and the implementation of staff diversity, wellness and childcare initiatives with colleagues across campus.

"The past eight-plus years have been such a professionally fulfilling experience working with wonderful colleagues, world-class faculty and some of the brightest students in the country," Burstein said. "I am looking forward to participating more directly in the undergraduate student experience as president of Lawrence University and I hope the considerable amount I have learned at Princeton will allow me to be successful in my new role."

Burstein also has spent much of his time at Princeton involved in modernizing business operations and increasing efficiency across administrative and academic departments. He leads a number of University committees that assist such efforts, including the Committee to Strengthen University Management and Resources (SUMAR) and the Executive Compliance Committee.

Another area of focus during Burstein's tenure has been improvement of services to students, faculty and staff. Many of the University's central services have been rethought to make the campus a more hospitable and welcoming place. These efforts took a significant step forward last year with the realignment of the University Services division. Additional areas of improvement include human resources and benefits programs to better support managers and all employees.

"It has been especially gratifying to partner with colleagues across campus to make Princeton a great place to work through the various professional development and benefits programs the University offers," Burstein said.

This semester, Burstein is co-teaching a freshman seminar with University Architect Ron McCoy titled "The University: Patron of Architecture or Rapacious Developer."

As vice president for facilities management, he led efforts to double the size of Columbia's main campus in New York City, oversaw completion of $1 billion of construction and implemented a master plan that revitalized the landscape of Columbia's 35-acre Morningside Heights campus.

Prior to that, he was director of economic development for the New York City Department of Sanitation, where he helped found the city's recycling program. Burstein said promoting sustainable practices — a leading initiative at Princeton — has been a personal passion since he worked as a farmer in Israel during a gap year between high school and college.

Burstein also worked as an associate in the Finance Division of Bear Stearns and as a consultant for the Center for Applied Research. He earned a master's in business administration from the Wharton School of the University of Pennsylvania and his bachelor's degree from Vassar College. He currently serves on the board of trustees of Vassar College, and recently served on the New York City Mayor's Applied Sciences Advisory Board and the nonpartisan, political action committee the Victory Fund.

"I went to a liberal arts college as an undergraduate and I feel in some ways I will be returning to my roots as president of Lawrence University," Burstein said. "One of the attractions of working in higher education is how transformative attending an institution like Lawrence, or Princeton, or Vassar can be in a student's life."