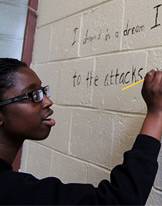 Photos courtesy of the Pace Center for Civic Engagement

Princeton University juniors Cody Abbey and Shiro Kuriwaki recently spent their spring break just a few miles from campus, yet a world away from college life.

The students led a Breakout Princeton trip focused on arts and music education in Princeton, Trenton and Camden, N.J. The group was one of six Breakout Princeton programs organized by students and sponsored by the Pace Center for Civic Engagement that took place March 16-24.

"The disparities between the school districts we visited was striking," Abbey said, noting the challenges faced by public schools in lower-income cities like Trenton and Camden. "But no matter what school we visited, arts remained the common thread of our trip. Everybody we interviewed agreed on the importance of arts education in the development of children." 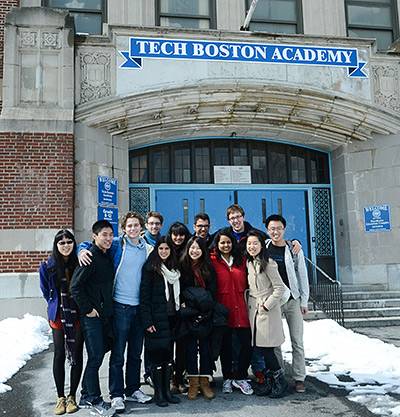 Since 2008, the Pace Center has sponsored trips during fall and spring breaks that bring together a diverse group of students to explore topics such as environmental sustainability, poverty and health care through community immersion programs and projects across the country.

"The Breakout program gives students the perfect opportunity to witness firsthand the nuances of how a particular social issue affects a community," said sophomore Ray Chao, who chronicled his fall 2012 Breakout trip in a video. "My weeklong trip examined how the criminal justice system affected juveniles in Houston and we returned to Princeton with a deeper understanding of the issues and renewed hope for the future." 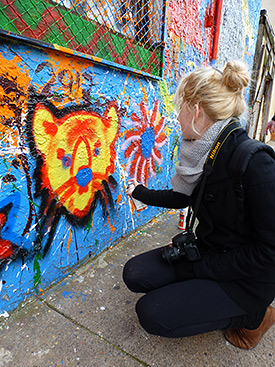 Sophomore Dalma Foldesi spray paints a mural at the Norris Square Neighborhood Project in Philadelphia. Foldesi and other students on the Breakout Princeton trip collaborated with a high school graffiti artist on a mural intended to beautify and enliven the corner space.

About 70 students participated in Breakout Princeton this spring. In addition to the New Jersey program, students traveled to:

"By the end of an action-packed week, we found many of our original preconceptions challenged and our conversations buzzing with new perspectives and ideas," said junior Laura Du, who co-led the Boston trip examining the issue of education reform in the K-12 public school system.

Breakout Princeton allowed students to hear directly from stakeholders rather than just studying an issue from afar. In New Jersey, students visited traditional public schools and charter schools, talked with school district officials in the town of Princeton, met with state policymakers and worked with children in community arts programs. 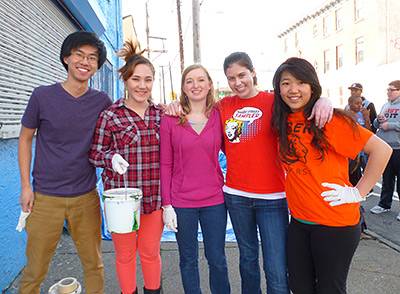 "Our mission is not to create artists of kids, but to create an artistically literate population," said Dale Schmid, visual and performing arts coordinator for the New Jersey Department of Education.

During his conversation with the Breakout participants, Schmid advocated for arts, music, dance and theater classes, as well as teaching methods that weave the arts into other disciplines, such as using dance movements to demonstrate geometric figures.

"It was nice to get to the root of things and learn about the vision of the Department of Education and how they make the decisions that affect schools and teachers," said freshman Audrey Meng.

"Though not all of our participants will ultimately end up within creative fields, I am incredibly glad that those who might not have had direct contact with artistic processes and artists were able to gain a better understanding of the topics — especially by getting down and dirty with painting and priming," said sophomore Kemy Lin, who co-led the trip.

Students who participated in Breakout Princeton also chronicled their experiences via blogs and Twitter, and some groups are working on follow-up reports and projects connected to their trip.

The Pace Center will accept proposals for fall 2013 and spring 2014 Breakout Princeton trips through its website from April 3-May 3, 2013. 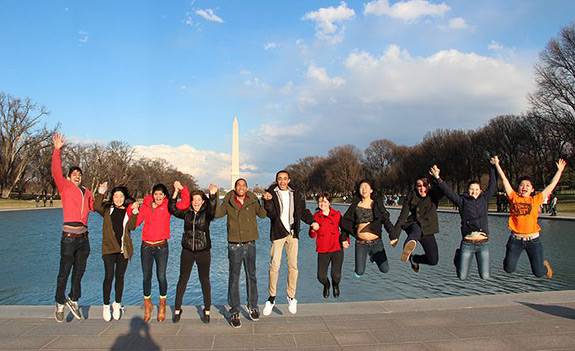 Students took time to visit the National Mall in Washington, D.C., during their recent Breakout Princeton trip that looked at the paradox of food waste and hunger in the United States. 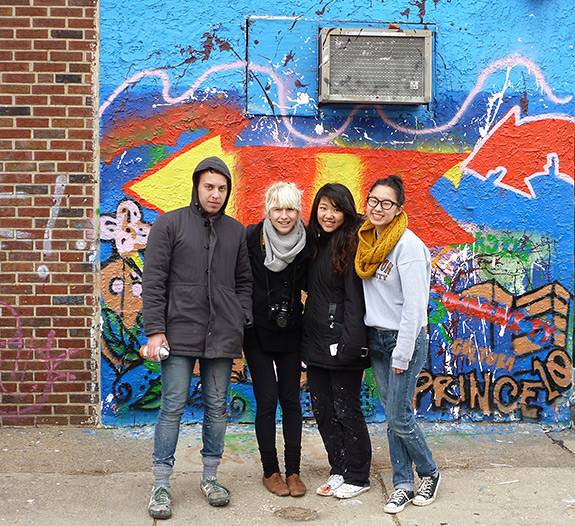