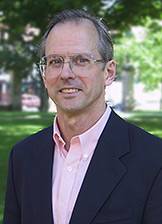 William Russel, who has served as dean of Princeton University's Graduate School since 2002, has announced that this will be his final year as dean.

Russel said he has enjoyed "participating in the forward-thinking leadership of senior officers of the University, collaborating with outstanding faculty members, getting to know very bright and creative graduate students, and working with a highly skilled and dedicated staff."

After a year's sabbatical, Russel, the Arthur W. Marks '19 Professor of Chemical Engineering, intends to transfer to emeritus status. He has been a member of the Princeton faculty since 1974.

Princeton President Christopher L. Eisgruber, who served as provost from 2004 to 2013 and worked closely with Russel over the past decade, noted: "Bill Russel's leadership has enhanced Princeton's Graduate School in ways too numerous to count. He has sustained academic excellence, improved our stipend and support system for graduate students, integrated those students more fully into the University community, and strengthened the ties that bind the University to its graduate alumni. Bill Russel has given unselfishly to this University, and his legacy will benefit our graduate students, and Princeton more generally, for many years to come."

The Graduate School, established in 1900, enrolls about 2,600 students pursuing master's and doctoral degrees in 42 departments and programs. Russel and his wife, Priscilla, reside in Wyman House, on the Graduate College grounds, where they host graduate students for talks by faculty (High Tables) and informal monthly dinners and welcome back graduate alumni.

Russel noted that he is proud of many improvements spanning academics, recruitment, student life, financial aid and alumni relations, recognizing that "little is accomplished by the dean and Graduate School staff alone without support or initiative from the provost, the president and other offices of the University."

The changes Russel has overseen include the following:

During his tenure as dean, Russel has continued his research in processing, structure, properties and applications of colloidal dispersions — for example, explaining why paint cracks and gels sometimes collapse.

He is a member of the National Academy of Engineering and American Academy of Arts and Sciences, and a fellow of the American Association for the Advancement of Science. He is also the recipient of the 2007 Award for Surface and Colloid Chemistry from the American Chemical Society; the 1999 Bingham Medal from the Society of Rheology, for outstanding contributions to rheology, the science of deformation and flow of matter; and the 1992 William H. Walker Award for Excellence in Contributions to Chemical Engineering Literature, from the American Institute of Chemical Engineers. He earned his B.A. and M.ChE. degrees from Rice University and his Ph.D. from Stanford University.

Russel's service to Princeton includes chairing the chemical engineering department — now the Department of Chemical and Biological Engineering — from 1987 to 1996. From 1996 to 1998 he served as director of the Princeton Materials Institute, which was merged into the Princeton Institute for the Science and Technology of Materials.

Eisgruber has appointed a search committee composed of members of the faculty and graduate students, which is chaired by Claire Gmachl, the Eugene Higgins Professor of Electrical Engineering and vice dean of the School of Engineering and Applied Science.

Faculty members serving on the panel are: