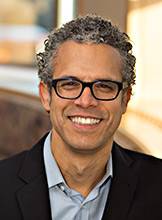 Princeton University will commemorate the legacy of Martin Luther King Jr. with its annual King Day celebration on Monday, Jan. 20, in Richardson Auditorium of Alexander Hall. Doors open at 1 p.m. Omar Wasow, an assistant professor of politics, will give the keynote address.

The event, which is free and open to the public, will begin at 1:15 p.m. with musical selections from the Princeton Studio Band from Princeton High School.

Deon Bullard Jr., a sophomore at Northern Burlington High School and a member of the nonprofit group New Jersey Orators, will also speak.

In addition to the celebration, members of the University's administrative staff will honor King's legacy by participating in a pilot program that will match them with area nonprofit groups as volunteers during the week.

Wasow, the keynote speaker, specializes in the study of race and politics. Before joining the academy, Wasow was the co-founder of BlackPlanet.com. Under his leadership, BlackPlanet.com became a leading website for African Americans, reaching more than 3 million active users a month. Wasow also worked to demystify technology issues through regular TV and radio segments on programs such as NBC's "Today Show," CNN's "American Morning" and public radio's "Tavis Smiley" show. Wasow tutored Oprah Winfrey in her first exploration of the Internet in the 12-part series, "Oprah Goes Online."

In 1999, as a result of his participation in the charter school movement and other social issues, Wasow was named a fellow in the Rockefeller Foundation's Next Generation Leadership program. In 2003, Wasow helped co-found a K-8 charter school in his hometown of Brooklyn, N.Y. In 2007, in recognition of the promise of his academic research, the National Science Foundation selected him for a Graduate Research Fellowship. Most recently, the Aspen Institute selected him for the Henry Crown Fellowship.