Assistant Professor of Politics Omar Wasow gives the keynote address at Princeton University's annual Martin Luther King Jr. Day celebration on Jan. 20 in Richardson Auditorium. Wasow celebrated the successes of the civil rights movement and highlighted the challenges it faces today in pursuing equality for all. 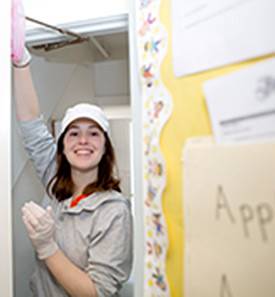 Members of the University's administrative staff honored King's legacy by participating in a pilot program matching them with area nonprofit groups as volunteers for the day. Jocelyn Hoey, who works in data management support in Human Resources, tackles a cleaning project at Princeton Nursery School. Volunteers also pursued projects at the Trenton City Museum at Ellarslie and are scheduled to work at Mercer Street Friends Food Bank on Thursday. 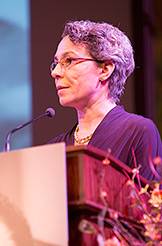 At Princeton University's annual King Day celebration Jan. 20, Assistant Professor of Politics Omar Wasow celebrated the achievements of the civil rights movement while underscoring the complex challenges it faces today in the continuing fight for equality for all.

"The civil rights movement saw in the courts and legislatures the dismantling of legal segregation, the end of our own institutions of apartheid," Wasow said to a diverse crowd that reached to the balcony of Richardson Auditorium. "With doors open and freedoms gained the black middle class has risen dramatically, even to the White House. Yet can we truly say we are living in a society where for many we are one?" 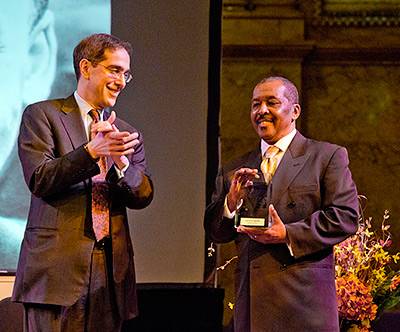 Wasow, who specializes in the study of race and politics, offered as an example the stark differences between the towns of Princeton and Trenton, a few miles to the south. Princeton residents — largely white — are generally wealthier, better educated, less likely to experience crime and less likely to experience infant mortality than the population of Trenton, which is mostly black, said Wasow.

"Mercer County is like a rich country and a developing country mashed together within one border, and Mercer County is not unique," Wasow said. "Almost anywhere we go in America, the differences in the quality of life for white Americans and black Americans would be similar or even worse."

Today's problems may be easily identified through such racial disparities, but they aren't necessarily best addressed through solutions that center on race, Wasow said. "One of the great challenges of our times is that the disparities we face today have more complex nebulous causes and point less straightforwardly to solutions," he said.

Wasow pointed to the criminal justice system, and particularly the war on drugs, as an area where eliminating racially discriminatory laws and practices hasn't created a truly just system.

"Advancing racial equality within such a highly punitive system offers only a Pyrrhic victory," Wasow said. "It is not enough to have racial justice in enforcement. We need justice in how our laws are enforced. And we need laws that are actually just."

Wasow said King addressed the issue of just and unjust laws in his "Letter from the Birmingham Jail." "An unjust law is a code that a numerical or power majority group compels a minority group to obey but does not make binding on itself. This is difference made legal," King wrote. "By the same token, a just law is a code that a majority compels a minority to follow and that it is willing to follow itself. This is sameness made legal." 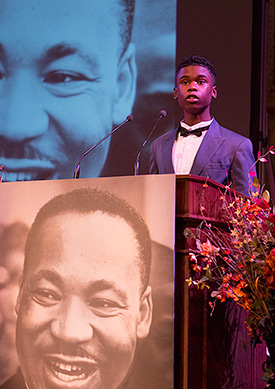 Wasow offered two suggestions on how the civil rights movement can succeed today.

Second, he said, all people must work together. "Beneath all the statistics about racial inequality is at heart an ability for those of us with privilege to go about life as if there isn't a crisis right before our eyes," he said.

Wasow said he has seen progress, from the experiences of his own family and his experiences at the University, where his students have been transformed by participation in the Prison Teaching Initiative and the Sustained Dialogue program.

"Unless we can truly empathize across lines of difference, unless we can see each other with love and not fear, unless the pain of the few is felt by the many, progress will continue to be elusive," Wasow said. "As Dr. King said, 'We are caught in an inescapable network of mutuality, tied in a single garment of destiny. Whatever affects one affects all indirectly.'"

In addition to the celebration, members of the University's administrative staff honored King's legacy by participating in a pilot program that matched them with two area nonprofit groups as volunteers Monday. Volunteers are scheduled to work with a third nonprofit group Thursday. 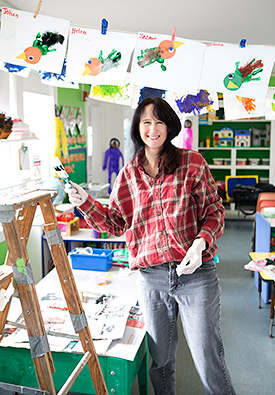 Catherine Zandonella, communications manager in the Office of the Dean for Research who volunteered at the Princeton Nursery School, said: "I like the idea of helping other people and am thrilled that Princeton gave us the opportunity to give back to the community."

Princeton President Christopher L. Eisgruber noted in introductory remarks that such service efforts are at the core of the University's mission.

"Through our teaching and research endeavors, we seek to educate the next generation of leaders, to unlock knowledge for the betterment of society, and to encourage all of our students to examine questions about what it means to live a life of purpose," Eisgruber said. "In seeking to uphold this mission of service, we can turn to the words of Dr. King for inspiration: "'Every man must decide whether he will walk in the light of creative altruism or the darkness of destructive selfishness. This is the judgment. Life's most persistent and urgent question is, What are you doing for others?'"

This year's event also featured the presentation of the Martin Luther King Day Journey Award for Lifetime Achievement, which recognizes efforts to continue the journey to achieve King's dream. Larry Spruill, a housing area coordinator in Housing and Real Estate Services, received the award for his commitment to fostering community on and off campus.

A rousing standing ovation greeted Spruill even before Eisgruber presented the award.

"Like Dr. King, Larry Spruill is committed to building community, to illuminating pathways to opportunity, to defending the less fortunate, and to boldly challenging those who stand in the way of progress," Eisgruber said. "Thank you, Larry, for all you have done to enhance the quality of life in our campus and local communities."

In another highlight of the event, Deon Bullard Jr., a sophomore at Northern Burlington County High School and a member of the group New Jersey Orators, spoke on the similarities between King and the recently deceased former president of South Africa, Nelson Mandela. Bullard declaimed an excerpt from a speech by Mandela. 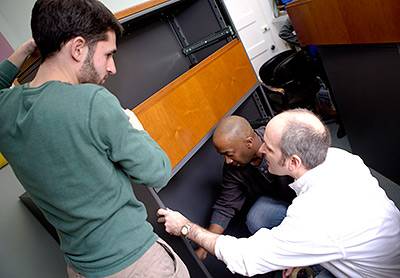 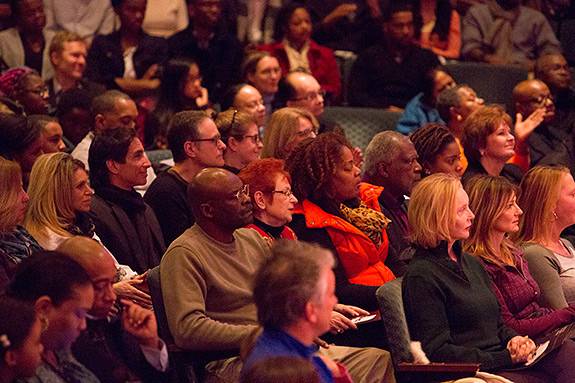 The event attracts members of the University and the larger community. 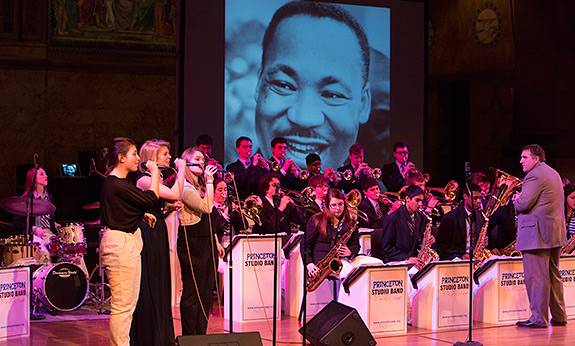