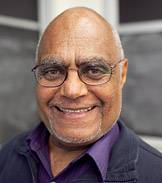 Princeton University will commemorate the legacy of Martin Luther King Jr. with its annual King Day celebration Monday, Jan. 16, in Richardson Auditorium of Alexander Hall. Doors open at 1 p.m. The keynote address will be delivered by civil rights leader and educator Bob Moses, a visiting fellow in Princeton's Center for African American Studies.

The event, which is free and open to the public, will begin at 1:15 p.m. with musical selections from A New Perspective Jazz Band, a youth quintet from Ewing, N.J.

The ceremony will include the presentation of awards to student winners in grades 4 through 12 from area schools who entered an annual Martin Luther King Day-themed contest in literary arts, visual arts and video categories. Marking the 55th anniversary of the landmark desegregation of Central High School in Little Rock, Ark., by youngsters known as the Little Rock Nine, this year's King Day contests focus on the importance of education as a foundation for success. Students were asked to propose viable options for addressing disparity in educational access and encouraging academic excellence.

During the program, the University also will present the MLK Day Journey Award, which recognizes a member of the Princeton faculty, staff or student body who best represents King's continued journey.

Moses, the keynote speaker, is the 2011-12 distinguished visiting fellow in Princeton's Center for African American Studies. Moses was a leader in the 1960s civil rights movement, serving as a key figure in the Mississippi Summer Project of 1964 to register black voters and protest racial discrimination. He is the founder and president of the Algebra Project, a national nonprofit organization that has helped thousands of students in urban and rural school districts develop essential mathematical skills.

Moses, who was awarded an honorary doctoral degree by Princeton in 2004, will co-teach a course this spring focusing on education and labor policies through the lens of race. He is the co-author of "Radical Equations: Math Literacy and Civil Rights" (2001) and co-editor of "Quality Education as a Constitutional Right: Creating a Grassroots Movement to Transform Public Schools" (2010).