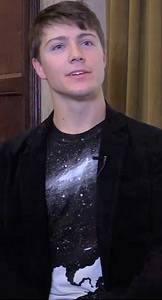 Princeton junior Cody O'Neil describes traveling to Chile to practice astrophotography with the support of a Martin A. Dale '53 Summer Award, a $4,000 stipend given to a handful of students to pursue an independent project not connected to academic coursework.

Last summer, Princeton University junior Cody O'Neil had the opportunity to pursue one of his passions, photographing the stars. He traveled to South America to practice astrophotography with the support of the Martin A. Dale '53 Summer Award, a $4,000 stipend given to a handful of students to pursue an independent project not connected to academic coursework.

O'Neil, who studies German philosophy and intellectual history in the Department of German and is pursuing a certificate in planets and life, chose Chile as his destination. With the help of Princeton's Gáspár Bakos, assistant professor of astrophysical sciences, O'Neil was able to make contact with astronomers in Chile who assisted him during his stay in the country.

Play the "Capturing the Cosmos" video.

This video shows O'Neil's photography as he describes his experiences.

"Chile has arguably the finest skies on the planet. It's an extremely dry climate, so there's very little cloud interruption in the sky. And you're able to get very clear shots on a daily basis of the night sky," said O'Neil, who is from Kelowna, British Columbia, Canada.

During his stay, O'Neil lived with a family in a small town on the coast, allowing him to experience the native culture. "To be living with the family on a daily basis and have the true experience of Chilean living, eating seafood every day that was caught in a local port, and experiencing the culture around the lunch table every day with the family actually ended up being quite difficult to leave at the end. Not only to leave those skies, but to leave the family that I'd grown so close to during my time there," O'Neil said.

The project allowed O'Neil to recognize parallels between his two passions, philosophy and astronomy, helping him to develop a "cosmic consciousness."

"What the trip really allowed me to do is to grow closer to the stars in a certain way through photographing them and learning about them and journaling as I was doing it, in some way to kind of realize my own connection as being an earthly inhabitant but also one of the sky," O'Neil said.

As a result, O'Neil has designed a book titled "Capturing the Cosmos: An Astrophotographic Adventure in Chile," collecting his photographs as well as the insights they produced.

"One of the great things about the project, specifically with astrophotography, is that it was very interdisciplinary in a sense. It forced me to consider — as does the liberal arts education here at Princeton — connections across the varying academic disciplines that you might not see going in … philosophy blends in with astronomy, and there's this artistic component to the actual photography itself," O'Neil said.