by John Jameson, Office of Communications 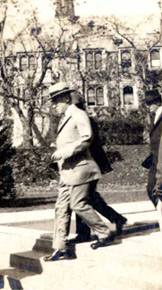 Princeton's Mudd Manuscript Library recently acquired a photo album that features a number of photos from the early 20th century of Princeton University's campus, the surrounding town and the Princeton Theological Seminary, as well as rare photos of Woodrow Wilson, an 1879 Princeton alumnus, the University's president from 1902 to 1910, and U.S. president from 1913 to 1921. Paul Keen’s photos of campus include Wilson (above) returning to campus to vote in the 1915 elections.

Princeton's Mudd Manuscript Library primarily contains the University Archives, documenting the history of the University, and the Public Policy Papers collection, including rare and unique items from 20th-century American governance.

One recent acquisition of note is the photo album of the late Paul Keen, a minister and seminary instructor who earned a master's degree at Princeton in 1915 and a second master's degree from the Princeton Theological Seminary. The album features a number of photos from the early 20th century of Princeton University's campus, the surrounding town and the seminary. It also includes a dozen images of Woodrow Wilson — an 1879 Princeton alumnus, the University's president from 1902 to 1910, and U.S. president from 1913 to 1921 — from his presidential inauguration in Washington, D.C., and a 1915 visit to campus.

The images below are part of a larger selection first featured on the Mudd Manuscript Library Blog, where library staff members highlight new collections, exhibitions and items of general interest. 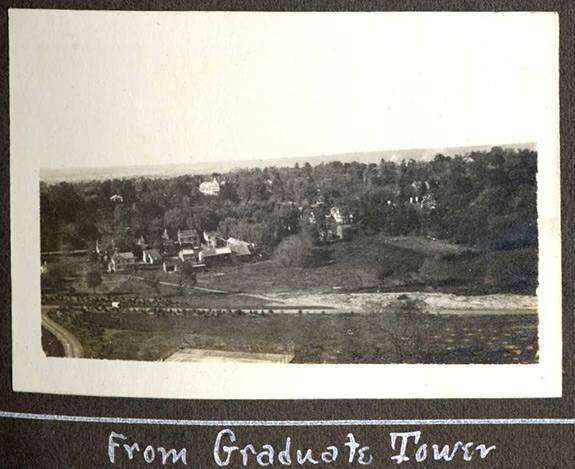 The 173-foot-tall Cleveland Tower at Princeton's Graduate College offers a view of the surrounding areas. 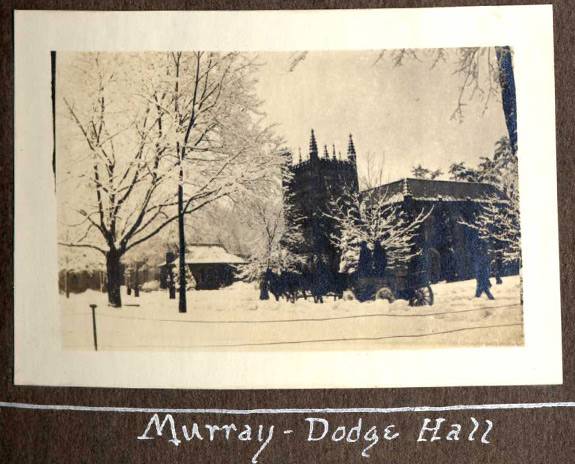 A blanket of snow covers the campus grounds near Murray-Dodge Hall. 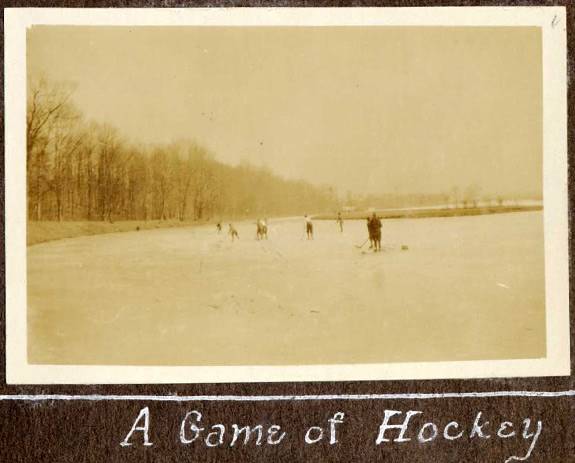 A game of hockey takes place on a frozen Lake Carnegie in the winter. 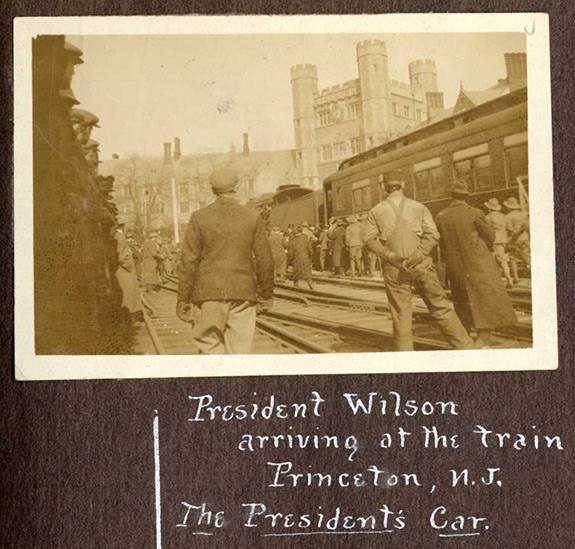 A crowd gathers to greet Wilson as he returns to campus in 1915 to vote. At that time, the Dinky train line extended to near Blair Hall, which can be seen at rear. 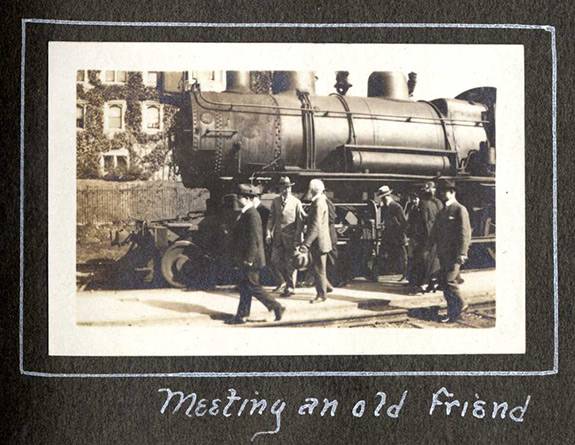 Wilson, second from left, is greeted beside the Dinky locomotive.