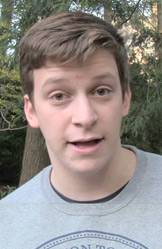 Princeton's Department of Music has staged several Baroque operas in recent years, providing undergraduates with opportunities to develop their musical talents. In this video, Aryeh Nussbaum Cohen, a rising senior, discusses how he is able to pursue his interests in opera, history and other disciplines through Princeton's expansive curriculum.

For students who want to study and perform opera, coming to Princeton University allows them to pursue their musical interests while broadening their intellect with a liberal arts education. A wide variety of opera styles are studied and performed by Princeton students, and early opera (especially from the Baroque period) is a particular strength that has emerged from the Department of Music.

Wendy Heller, a professor of music who specializes in the study of 17th- and 18th-century opera from interdisciplinary perspectives, said: "The Baroque operas are challenging musically and intellectually, but they are healthy for the voices. So, it's exactly perfect for Princeton."

New to the world of opera, rising junior and anthropology major Varshini Narayanan, a soprano, said that it has been a "cool experience" seeing how a production comes together. Countertenor Aryeh Nussbaum Cohen, a rising senior and history major, played the lead role in the opera "The Coronation of Poppea," which was produced as part of a music class.

The music department has staged five Baroque operas since 2001, when countertenor Anthony Roth Costanzo sang one of the lead roles in "Poppea" as a freshman. Costanzo, who graduated in 2004, won the Grand Finals in the 2009 Metropolitan Opera National Council Auditions, and he performed in a production of the Metropolitan Opera in New York City earlier this year. He also has returned to campus to teach.

"Opera is such a multifaceted and interdisciplinary language and art form, that I think the breadth of academics and also artistry that you can gather while you're here at Princeton is really crucial," Costanzo said. He added, "All of the humanities I studied, even things as far away from opera as science, shaped my brain and the way that I approach music today in ways that I can't fully articulate, but are very potent to me."

Opera at Princeton is an interdisciplinary experience. (Video by Nick Barberio, Office of Communications)