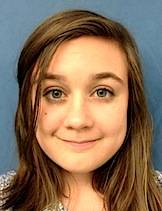 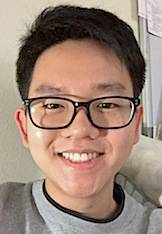 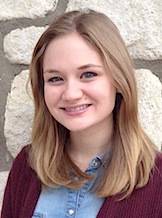 Princeton University seniors Laura Cooper, Samuel Kim and Cameron Langford have been awarded Gates Cambridge Scholarships. The awards give outstanding students from outside the United Kingdom the opportunity to pursue postgraduate study at the University of Cambridge.

The recipients are among the 40 U.S. winners of the Gates Cambridge Scholarships. International winners will be announced this spring. A total of 95 scholarships will be awarded this year.

Cooper, of St. Louis, is an ecology and evolutionary biology major pursuing a certificate in global health and health policy. At Cambridge, she will study for a master's degree in veterinary science. Her research will focus on the effects of vaccination and meningococcal epidemiology of the African meningitis belt. After Cambridge, she hopes to attend medical school.

Cooper's senior thesis explores the variety of mosquito biting patterns and how this affects the transmission of malaria. Last spring, she was named a global health scholar by the Center for Health and Wellbeing at Princeton.

"I'm delighted for Laura on this richly deserved award," said her senior thesis adviser Bryan Grenfell, the Kathryn Briger and Sarah Fenton Professor of Evolutionary Biology and Public Affairs. "She combines a very strong commitment to global health with a very sharp eye for the dynamics of infectious disease. She's joining a superb group in Cambridge and I'm sure will have a wonderful time."

Outside the classroom, Cooper is an Outdoor Action leader and tutors with the Petey Greene Prisoner Assistance Program.

Kim, of Los Angeles, is a chemistry major pursuing a certificate in global health and health policy. He will study for a master's degree in chemistry at Cambridge toward pursuing medical and doctoral degrees to become a physician-scientist.

His senior thesis adviser, Tom Muir, the Van Zandt Williams Jr. Class of 1965 Professor of Chemistry, said Kim approached him when a junior about taking a graduate-level class. Today, Kim is a member of Muir's research group and is involved in studying the epigenetic code by developing chemical tools, work that has become his senior thesis.

Kim has made "a substantive contribution" in "delving deeper into the mysteries of epigenetics," Muir said. "Sam has been a pleasure to have around — he has tremendous enthusiasm for science, and is as sharp as a tack."

Beyond the lab, Kim has been involved with the Manna Christian Fellowship, Innovation Magazine, Student Volunteers Council Red Cross and the health-focused organization MEDLIFE.

Langford, of Davidson, North Carolina, is a politics major who is pursuing certificates in values and public life and creative writing. She will study for a master's degree in political theory and intellectual history at Cambridge. She hopes to use her fellowship year to explore future goals; her interests span academia, politics and political communications.

Melissa Lane, the Class of 1943 Professor of Politics, has taught Langford in two political theory classes and is advising her senior thesis. "Cameron can always be counted on for a perceptive, powerful question or comment that pushes group discussion to a further level," Lane said. "She is a brilliant student with unusual moral and intellectual depth, and great promise as a student and eventual practitioner and leader in public ethics."

Langford has served as poetry editor and publicity manager for The Nassau Literary Review. She is a Writing Center fellow and outreach fellow in charge of the center's online presence. She also is an opinion columnist for The Daily Princetonian student newspaper.