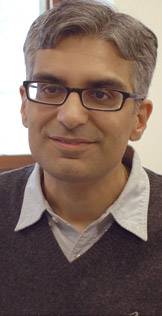 At Princeton, all freshmen take writing seminars, small classes taught by scholars that give students a solid foundation to help with the rest of their time at the University. The writing seminar "Superhero Trials" gives students the opportunity to study a fun, familiar topic while learning how to write college-level papers.

The seminar, which Lecturer in Princeton Writing Program Sajan Saini is teaching for the fifth time this spring, incorporates ancient mythology, literary theory about heroic figures and modern theories on identity. The class is unique in that much of the reading comes from comics, and Saini encourages his students to watch superhero movies for further knowledge. In other words, watching "The Dark Knight" may count as homework. Saini said he believes that there is an art to comic books, and he teaches students to look at them from both "a literary lens and also a cultural or media studies lens."

This year, Saini worked with the Princeton Writing Program, the Department of English, the Program in American Studies, the Program in Gender and Sexuality Studies,  the Program in Media and Modernity and the Council of the Humanities to organize a comics writers colloquium called "Lightning in a Panel." This literary event, held March 27, brought five veteran comics writers from DC Comics and Marvel Comics to Princeton to discuss their careers, the recent popularity of this genre crossing over from books to film and television, and themes from the class, such as how these superhero stories help raise questions about race, gender and sexuality.

Through the writing seminar "Superhero Trials" and a colloquium this spring, Lecturer Sajan Saini, students and comic book writers discuss what the genre can teach us about writing, literature, culture and identity. (Video by Amaris Hardy, Office of Communications)