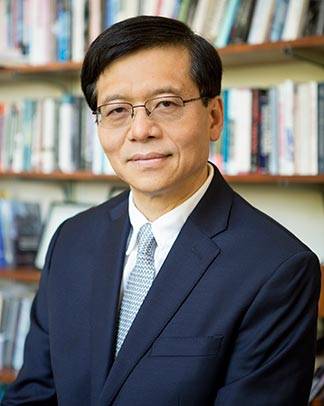 Yu Xie, the Bert G. Kerstetter '66 University Professor of Sociology and the Princeton Institute for International and Regional Studies (PIIRS), has been named the inaugural director of the Center on Contemporary China at Princeton University.

Xie joined the faculty Aug. 1 after 26 years at the University of Michigan, most recently as the Otis Dudley Duncan Distinguished University Professor of Sociology, Statistics and Public Policy and a research professor in the Population Studies Center at Michigan's Institute for Social Research. Xie's main areas of interest are social stratification, demography, statistical methods, Chinese studies and sociology of science. He is a member of the American Academy of Arts and Sciences, Academia Sinica and the National Academy of Sciences.

"Yu Xie's appointment is a transformative event for PIIRS and for the study of contemporary China at Princeton," said Mark Beissinger, the Henry W. Putnam Professor of Politics and director of PIIRS. "It brings a world-class demographer and sociologist to the University and establishes the new Center for Contemporary China as a focal point for the development of China-related research and instruction in the social sciences."

The center will bring visitors from China on an annual basis and sponsor research-related activities on contemporary Chinese society.

"This is a particularly exciting time to conduct social science research and provide university-level teaching on China," Xie said. "China remained poor, undeveloped and isolated from the rest of the world from the time of its unification in 1949 until 1978, when the economic reform initiated a new era. Since then, China has been undergoing a social transformation the scope, rapidity and impact of which are unprecedented in human history, during which all aspects of Chinese society have been changed fundamentally and forever.

"There are now good opportunities to study changes in China and their long-term impact on not only the 1.3 billion Chinese now living in China — the largest population in the world today — but also people living elsewhere, in developed as well as developing countries," he said.

Xie's plans for the coming academic year include developing a graduate seminar series this fall, teaching an undergraduate class in the spring and conceiving an annual PIIRS Global Seminar that will take place in China, beginning in the summer of 2016. The seminar will be held in Beijing at Peking University, where Xie has longstanding professional relationships and research affiliations.

"The seminar will focus on all aspects of Chinese life, such as the family unit, population, rural China, education, income inequality, poverty, gender equality and health," Xie said. "I want to take students on several excursions such as to south and west China, and places where people are impoverished, not well educated and undernourished. I want them to experience as much of China in reality as possible."

Like in almost all PIIRS Global Seminars, students from a local university will participate in classes to provide perspective and guidance as well as to help Princeton students acclimate to their surroundings.

The classes will be taught in English, and there will be some elementary language instruction in Chinese.

Xie's course at Princeton in the spring, "Contemporary China," will look at Chinese society through its history, cultural practices, government, economy and family structure.

Xie, who was born in China, began his academic career as a specialist on the United States. In the 1990s, he developed his interest in studying China as he witnessed the country's rapid transformation after the Cultural Revolution. Currently, he spends three to four months in China each year conducting research.

"China's growth is unprecedented," he said. "Major social changes are occurring at a very rapid pace. We have a historical opportunity to document large social changes."

Yan Bennett is the program manager for the Center on Contemporary China, which is housed in Wallace Hall. Xiang Zhou, who worked closely with Xie at Michigan, has joined the center as a postdoctoral research associate.