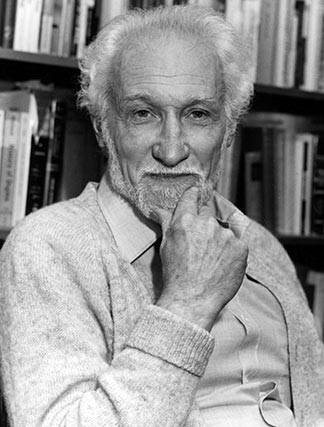 Sheldon Wolin, a political theorist who explored the intersection of democracy, power and the state, died Wednesday, Oct. 21, in Salem, Oregon. He was 93 years old.

Wolin, a professor of politics, emeritus at Princeton University, reinvigorated the field of political theory with his 1960 book "Politics and Vision: Continuity and Innovation in Western Political Thought" and later worked to bring his ideas to a broader audience. He joined the faculty in 1972 and transferred to emeritus status in 1987.

"Sheldon Wolin was the greatest political theorist of democracy of our time," said Cornel West, the Class of 1943 University Professor in the Center for African American Studies, Emeritus, who studied under Wolin as a graduate student at Princeton. "His scholarship was impeccable, and his golden heart was undeniable. I was blessed to have him as my thesis adviser, my mentor, my colleague and my democratic comrade in arms."

Wolin's work addressed participatory democracy with primary focus on the United States. He made a distinction between democracy as system of governance and any of the formal political institutions of the state.

"As a political theorist and a publically engaged intellectual, Professor Sheldon Wolin's deepest and abiding concern was with the subversion of democracy, understood as a form of political governance that was anchored in the participation of ordinary citizens and their exercise of real power," said Uday Mehta, Distinguished Professor of Political Science at the Graduate Center of the City University of New York, who earned his Ph.D. at Princeton. "He saw the hugely amplified role of economic forces in the contemporary world as undermining the richest tradition of democracy in America and elsewhere."

"Politics and Vision" was awarded the Benjamin E. Lippincott Award of the American Political Science Association" in 1985, recognizing a work with lasting impact.

'"Politics and Vision" was published at a time when political theory was widely described as dead, due to the emerging post-war 'end of ideology' consensus," said Dana Villa, the Packey J. Dee Professor of Political Science at the University of Notre Dame, who earned his Ph.D. at Princeton. "In offering a wide-ranging re-interpretation of the Western canon of political thought, Wolin both challenged this consensus and took his place amongst such historically minded political thinkers as Isaiah Berlin and Hannah Arendt."

Wolin was also the author of books including "Hobbes and the Epic Tradition of Political Theory," "Tocqueville Between Two Worlds: The Making of a Political and Theoretical Life" and "Democracy Incorporated: Managed Democracy and the Specter of Inverted Totalitarianism."

In the 1970s and '80s, Wolin wrote frequently for The New York Review of Books. He was also editor of the short-lived but influential journal titled "democracy."

At Princeton, he mentored a large number of students who have become leading figures in contemporary political theory.

"He prized the classroom — whether lecture hall or seminar — as a place to hone thoughtfulness, indeed as a place to deepen and sharpen thinking," said Wendy Brown, the Class of 1936 First Professor of Political Science at Berkeley, who earned her Ph.D. at Princeton. "Moreover, he could develop a compelling radical critique of contemporary political life simply by sounding the depths of a great thinker, whether Aristotle, Marx or his beloved Tocqueville."

Wolin was a member of the American Academy of Arts and Sciences, the National Foundation for the Humanities and was a Fulbright Fellow and a Guggenheim Fellow.

In an interview with journalist Bill Moyers in the late 1980s, Wolin summarized his view of democracy.

"I think fundamentally democracy in a democratic culture comes down not to big, highfalutin institutions or policies," he said. "It comes down ultimately to how we treat each other in our ordinary range of relationships and conversations."

He was married to Emily Purvis Wolin for 67 years before her death in 2011.

Burial will be private.