by Karin Dienst, the Office of Communications 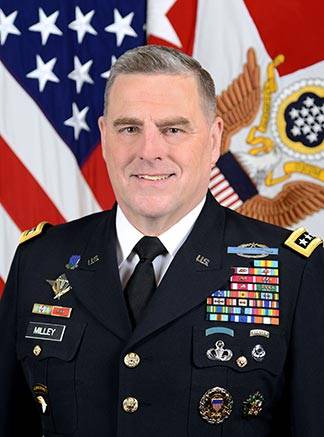 Photo courtesy of the U.S. Army 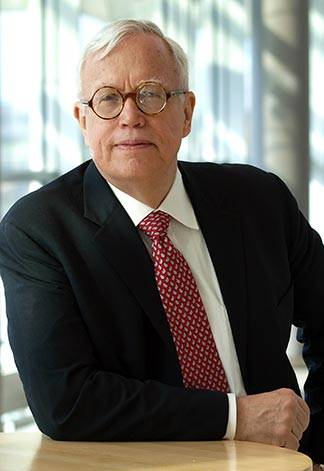 Princeton University will present its top honors for alumni to Gen. Mark Milley, chief of staff of the U.S. Army, and James Heckman, a Nobel laureate in economics who is on the faculty of the University of Chicago.

Milley assumed duty as the 39th chief of staff of the U.S. Army on Aug. 14. Previously, he was the commander of army forces at Fort Bragg, North Carolina.

"With his longstanding career with the U.S. military, General Mark Milley exemplifies service," said Cecilia Rouse, dean of the Woodrow Wilson School of Public and International Affairs. "For more than three decades, Milley has served as a strong and dependable leader, dedicating his life to our nation. He is an ideal choice for this year's Woodrow Wilson School Award, and I am very pleased he was selected."

Along with Iraq, his operational deployments include Afghanistan, Egypt, Panama, Haiti, Bosnia-Herzegovina, Somalia and Colombia. Additionally, he served on the operations staff of the Joint Staff and as a military assistant to the secretary of defense at the Pentagon.

Milley was a member of ROTC at Princeton and graduated in 1980 with a bachelor's degree in politics. He has master's degrees in international relations from Columbia University and in national security and strategic studies from the U.S. Naval War College.

Heckman is the Henry Schultz Distinguished Service Professor in Economics and the College at the University of Chicago, where he has served on the faculty since 1973.

"James Heckman is a distinguished economist whose work has had tremendous impact," said Sanjeev Kulkarni, dean of the Graduate School. "He is an expert in econometrics, labor economics and the economics of human development, and his work provides a valuable foundation for policymakers. Some of his recent work shows the enormous benefits of investing in early childhood education."

Justin Mikolay, president of APGA and a 2003 graduate alumnus, emphasized that Heckman's work serves the public good. "By honoring James Heckman, Princeton is expressing two of its central values at once: distinguished scholarship and public service," he said. "[Dr. Heckman] has related his specialized knowledge to more and more general problems, and as a result many others are applying his scholarship for the common good."

In 2000, Heckman was awarded the Nobel Prize in economics for his development of theory and methods for analyzing selective samples and the evaluation of public policy. In 1983, he was awarded the John Bates Clark Medal and, in 2005, the Jacob Mincer Award for Lifetime Achievement from the Society of Labor Economists, among other honors.

Heckman has published dozens of journal articles. Among his books, he is co-author of "The Myth of Achievement Tests: The GED and the Role of Character in American Life" (2014); author of "Giving Kids a Fair Chance" (2013); and co-author of "Inequality in America: What Role for Human Capital Policies?" (2003, with Princeton economist Alan Krueger and Harvard University political economist Benjamin Friedman). He co-edited the "Handbook of Econometrics," volumes 5 and 6.

Heckman received his bachelor's degree in mathematics from Colorado College in 1965 before receiving his Ph.D. from Princeton.