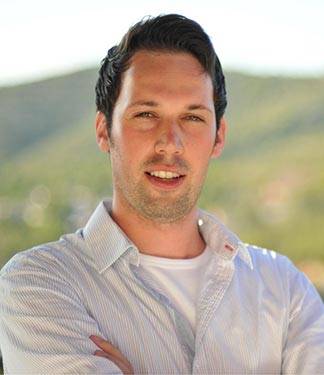 Highlighting the consensus among medical scientists that childhood vaccines are safe shows promise as a way to increase public support for vaccination, according to new research.

In an experiment conducted by researchers from Princeton University and George Mason University, telling participants about the medical consensus on vaccine safety lowered concern about vaccines, reduced key misperceptions about vaccines and promoted overall support for vaccination.

Sander van der Linden, director of the Social and Environmental Decision-Making (SED) Lab and a postdoctoral research associate at the Woodrow Wilson School of Public and International Affairs and the Department of Psychology, answered questions about the research, which is detailed in an article published this month in the journal BMC Public Health.

Along with van der Linden, the authors of the article are Chris Clarke, an assistant professor of communication at George Mason University, and Edward Maibach, Distinguished University Professor at George Mason and director of its Center for Climate Change Communication.

Question: What prompted you to conduct this experiment?

Answer: What intrigued me is the fact that despite the best efforts of many public health campaigns, vaccine hesitancy and influential misperceptions about vaccine safety still persist among a substantial minority of Americans.

Prior research by Chris Clarke, one of my co-authors, has shown that the popular media often presents the evidence "for" and "against" vaccine safety in a falsely "balanced" fashion. This is problematic because it fails to represent the actual degree of medical consensus on the issue.

This work dovetailed nicely with some previous studies I had just concluded with co-authors Edward Maibach and Anthony Leiserowitz (Yale) in the context of global warming, where we found that the public's perception of the degree of scientific consensus actually plays an important role in guiding other key beliefs about the issue. Essentially, we wanted to see if these findings translate to other contentious risk issues, including vaccine safety.

Q: Can you briefly describe the experiment?

A: Participants were randomly assigned to either a control group, or to one of three "consensus" treatment conditions. Consensus information describes an important social, or group, norm within a community. For example, in the descriptive norm condition, participants were presented with a pie chart that described the current medical consensus: "90% of medical scientists agree that vaccines are safe."

In the prescriptive norm condition, participants read; "90% of medical scientists agree that parents should be required to vaccinate their children." In the third condition, we combined and aligned the two normative statements; in the control condition, no statement was presented.

After participants were exposed to the treatments, we measured how concerned they are about vaccine safety, whether they believe vaccines cause autism, as well as a range of questions tapping into public engagement, including attitudes and behavioral intentions to vaccinate as well as support for policies that require parents to vaccine their children.

Q: What were your key findings?

We know from prior research in cognitive psychology that people are more likely to remember sticky "myths" than their corrections. What sets our research apart from more traditional approaches is the fact that highlighting consensus information doesn't require repeating a so-called "misinformation myth."

People use the medical consensus as a judgment cue to guide their beliefs about the issue. In fact, we rely on consensus information all the time, from simple things such as movie ratings and Facebook likes to serious matters such as health advice. When consensus is high we tend to act, whereas when consensus is low we hesitate and for good reason. From experience we know that following expert consensus is often beneficial, especially when having to make difficult decisions about risky or complex scientific issues.

Q: How could your results be used by clinicians and public health officials?

A: Clinicians and public health officials are in a unique position to communicate the degree of medical consensus on approved vaccines to the general public. One easy way to implement this research is to simply highlight the actual medical consensus on childhood vaccine safety in patient waiting rooms.

Q: What could be fruitful areas for additional research on this topic?

A: Although promoting science-based vaccine attitudes is integral to improving public health outcomes, one especially crucial area of future research will entail finding out what "works" among vaccine-hesitant parents specifically and whether highlighting a nonpartisan norm, such as medical consensus, will have the same positive impact among vaccine-hesitant audiences and communities.

The research was supported by the Woodrow Wilson School and the Andlinger Center for Energy and the Environment at Princeton, and the Grantham Foundation for the Protection of the Environment.