COVID-19 can be thought of as a game of chicken, except instead of driving head-on towards each other and betting the other person will swerve at the last minute, we’re going out when we should be staying home and foregoing social distancing, masks and hygiene measures. 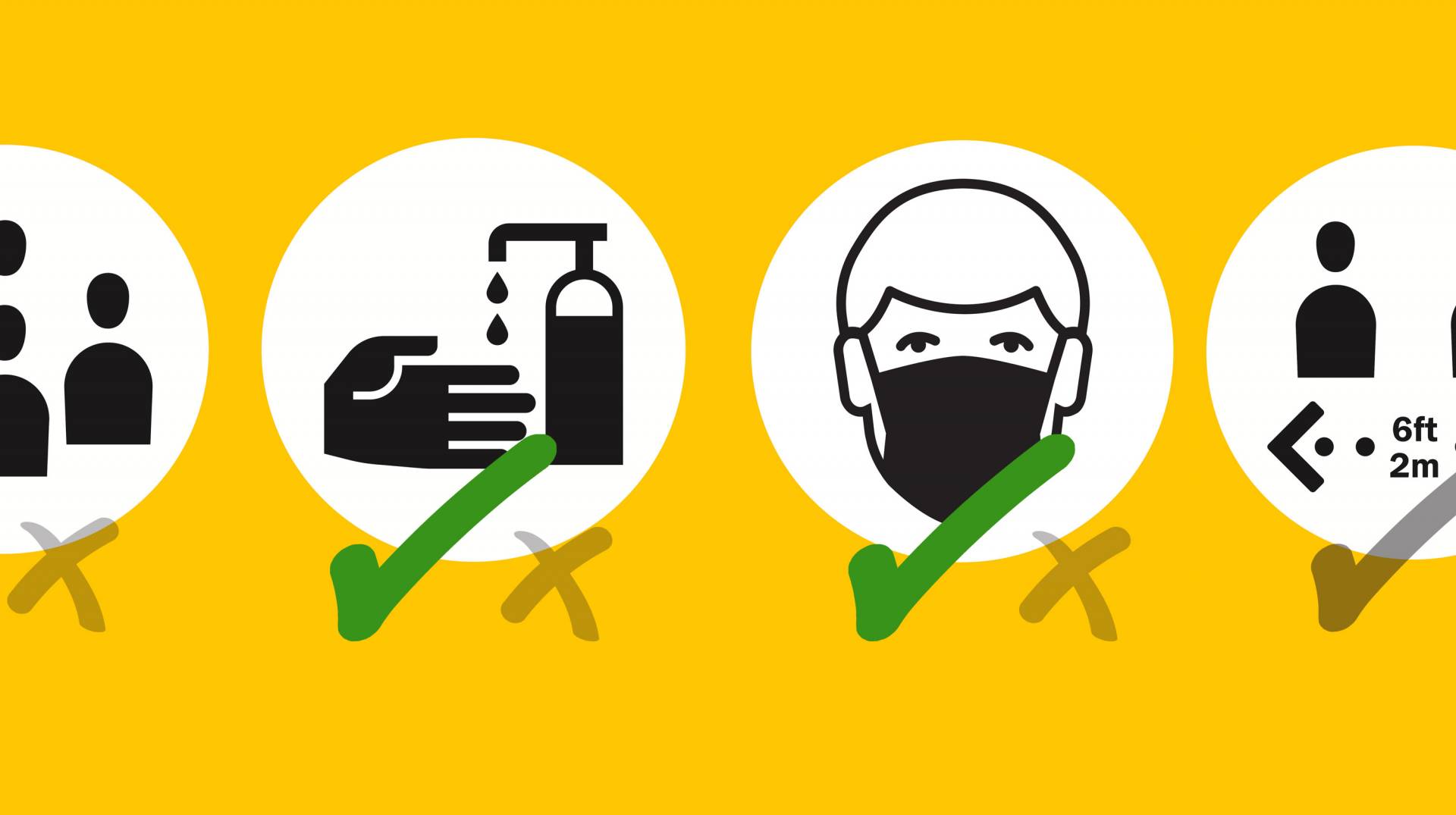 A team of researchers surveyed more than 3,000 people around the world in the early days of the COVID-19 pandemic to assess what community health measures — such as handwashing and social distancing — people considered effective. The survey used psychological tools to encourage a shift in attitudes, and the researchers found that by the end of the survey, most participants had gained faith in measures that they had initially dismissed as ineffective.

“If we can rely on other people to follow the rules, we can get away with scorning them ourselves,” said Daniel Rubenstein, the Class of 1877 Professor of Zoology and a professor of ecology and evolutionary biology at Princeton. However, if we come to believe that we ourselves are at risk and that others are not following the guidelines as they should, then it becomes imperative that we follow the guidelines in order to keep ourselves and our loved ones safe, he said. And if we believe that the rules and restrictions are actually effective, we’re even more likely to adhere to them.

That is the logic behind Rubenstein’s behavioral science-based approach to changing COVID-19 attitudes.

Many governments have used coercion techniques — fear and threats — to encourage their populace to follow COVID-19 rules and restrictions. This may work in the short term, but the power of coercion appears to be short-lived and for some people it may not be effective at all. Instead, an international team of researchers, including Rubenstein, found that a more effective approach would be to change people’s attitudes so that they are internally motivated to cooperate with anti-COVID-19 measures.

“Both the fear of the consequences of non-cooperation by the other party and the amplified perception of similarity — as both parties are threatened by the same pandemic — motivate people to cooperate,” Rubenstein said.

To investigate this theory, the researchers conducted a survey of attitudes towards COVID-19. The survey assessed people’s perception of the severity of the disease and the effectiveness of an assortment of recommended preventative measures, both before and after receiving an educational intervention.

In designing the study, the researchers were inspired by strategies used by the US National Research Council’s Committee on Food Habits during WWII to alter people’s food usage when many food supplies were in short order.

In place of a “one-size-fits-all” program, the researchers incorporated personalized interventions into the survey. Initially, participants were asked to estimate the percent of people who would contract COVID-19 if they complied with a particular preventative measure (for example, social distancing or practicing hygiene), and the percent who would contract the virus if they did not comply. The difference between these two estimates gave the individual participant’s attitude towards that preventative measure — the bigger the difference, the more effective they thought that measure would be in preventing COVID-19 (and presumably the more likely they would be to conform to it). The remainder of the survey then focused on the measure the participant ranked as the least effective.

At the end, after making their way through the survey tasks and learning more about health maintenance behaviors, participants were again asked to estimate the percent of people who would contract COVID-19 if following or not following this measure, and this metric was compared with their initial estimates.

The survey was peppered with psychological principles to influence the participants’ attitudes towards COVID-19. All participants were exposed to expert advice — including a paragraph from Wikipedia — and were asked to actively absorb this advice. Some participants were additionally asked to write short statements explaining how the preventative measure that they ranked as least effective is useful in preventing COVID-19 transmission. The psychological strategy behind this writing assignment was to invoke cognitive dissonance: if an individual’s behavior goes against their values, they feel dissonance, which puts pressure on them to change either their values or their behavior so that they align.

Asking participants to write about the utility and effectiveness of a preventative measure that they deem ineffective places pressure on them to change their opinion of that measure.

“And the psychological research is clear that changing opinions — changing attitudes — leads to changing behaviors,” said Rubenstein. “That’s what we’re counting on.”

Questions throughout the survey were framed in terms of negative outcomes, because loss is weighted more heavily than gain, and participants were encouraged to think about how the measures or guidelines would help to keep their loved ones safe (invoking the evolutionary principle of “kin selection”).

The researchers analyzed data from 3,102 participants in 77 countries around the globe, who took the survey in any of seven languages. The scientists found that by the end of the survey, most participants had more faith in preventative measures that they initially considered ineffective.

Interestingly, in the earliest days of the lockdown, “keeping a distance,” now better known as “social distancing,” was most commonly ranked as the least effective measure (by 44% of participants), while “senior citizens avoid others” was commonly ranked as the most efficient preventative measure (by 36% of participants). These perceptions go against what the scientific community promotes as the best measures for blocking COVID-19 transmission. They also go against the spirit of cooperation, by implying that seniors must fend for themselves while other age classes can live worry- and restriction-free.

At the end of the survey, participants had an increased appreciation for COVID-19 prevention measures — on average, the perceived effectiveness for a given participant’s “least effective” measure increased by 26%.

The researchers found that framing was also important in determining the magnitude of the attitude change: focusing on the negative outcome (becoming infected) rather than on the inverse positive outcome (staying healthy) increased the perceived effectiveness of control measures.

Though this research was based on early preventative measures — data collection pre-dated masks, let alone vaccines — the tools it suggests are still relevant today. Unpublished follow-up work found that these tools were also effective in convincing people of the importance of mask-wearing.

“As COVID-19 rages on, it is imperative that people continue to adhere to anti-COVID-19 guidelines and sign up for vaccination,” said Rubenstein. “Until now, US authority figures have given mixed messages about the severity of the pandemic and the effectiveness of CDC guidelines. Now that we have transitioned to a Biden presidency, we can only hope that messages regarding COVID-19 will finally be clear and concerted, and that these messages will be paired with an effective, federally powered pandemic response. Just like the wartime efforts that inspired this study, we need a cooperative, united front if we are to defeat the threat of COVID-19.”

The utility of these attitude-altering principles doesn’t stop at COVID-19, he added. “This same type of approach could also foster cooperation against our next existential problem — climate change,” Rubenstein said.

In addition to Rubenstein, the other authors on this study were Ilan Fischer, Shacked Avrashi, Tomer Oz, Rabab Fadul, and Koral Gutman from the School of Psychological Sciences at the University of Haifa; Gregory Kroliczak, of the Faculty of Psychology and Cognitive Science, Adam Mickiewicz University; Sebastian Georg, in the Department of Biotechnology and Sustainability, School of Management, Technical University of Munich; and Andreas Glöckner with the Social Cognition Center at the University of Cologne.

Liana Wait is a graduate student in the Department of Ecology and Evolutionary Biology.