An invention to apply plasma to frequently touched items for continuous disinfection could provide a safe and effective, non-chemical way to reduce pathogens on various surfaces such as keypads, escalator handrails and other high-touch surfaces, Princeton Plasma Physics Laboratory (PPPL) inventors say.

“This is a continuous, in-situ answer to disinfecting surfaces that people touch frequently,” said Charles Gentile, one of the PPPL inventors. He developed the technology with Kenneth Silber, a 38-year professional in PPPL Information Technology’s department. 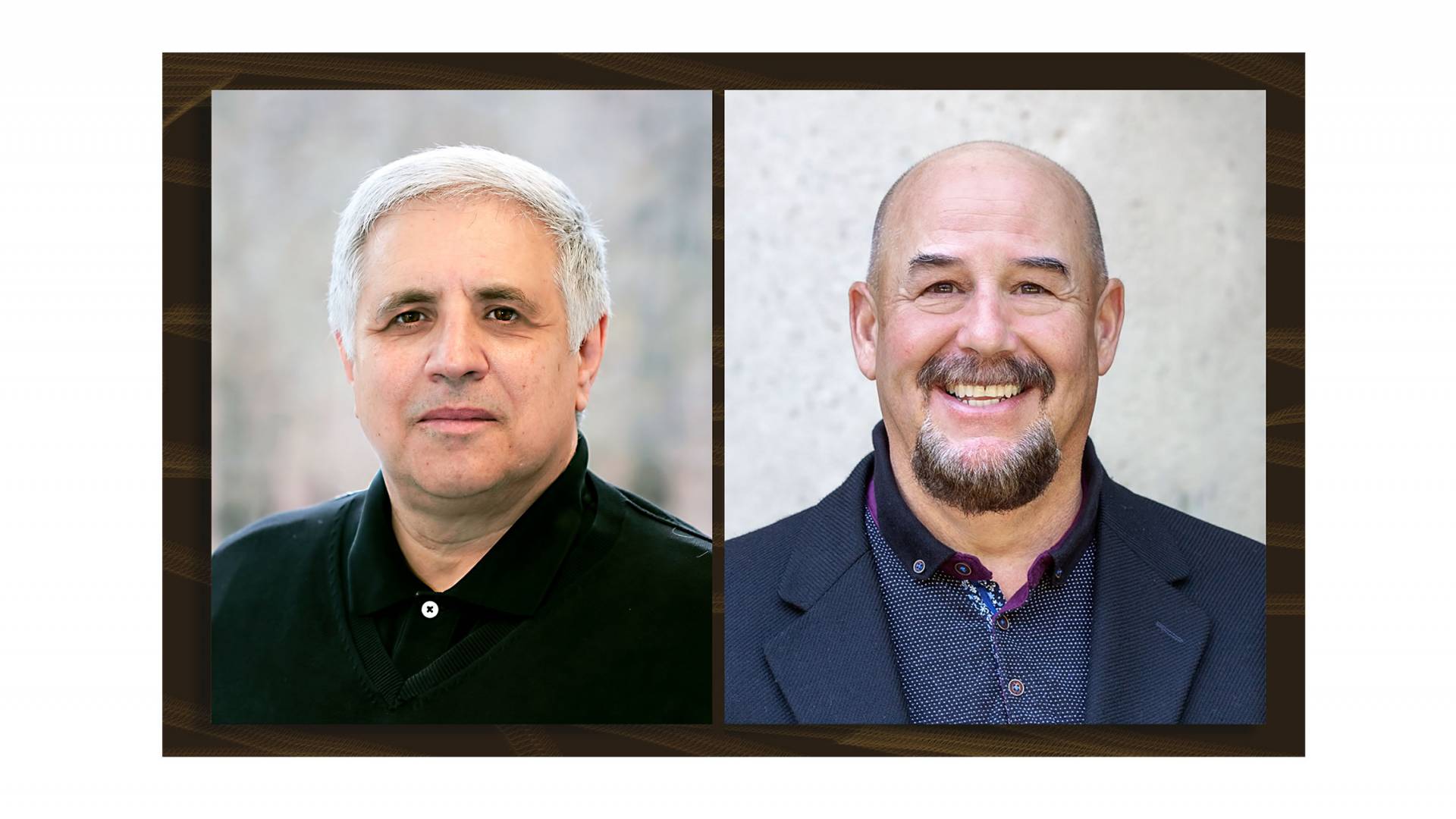 “These are places where this technology could work perfectly. The technology provides for a compact, efficient and inexpensive method of plasma generation for the purpose of disinfecting surfaces,” the inventors said.

Silber said the idea came to him while he was considering returning to his workplace, and was trying to find a way to keep hand sanitizer applications automated at PPPL so that entrance door handles or push bars and bathroom surfaces would already be disinfected when someone needed them. He initially envisioned a sensor that would spray before the person touched the surface. After talking with Gentile, now retired from PPPL, they came up with using a novel deployment geometry to direct continuous cold plasma on targeted surfaces.

“Employing our approach, you don’t have to keep wiping it down,” Silber said. “It’s continuously disinfecting. Imagine, every night, not having to wipe down subway car poles and handles.”

Plasma is a natural disinfectant — viruses and bacteria are killed when exposed. Plasma is ubiquitous and makes up 99 percent of the visible universe. On Earth, plasma is used in TV screens, semiconductor manufacturing, neon signs, and it can be seen in lightning and the aurora borealis, or Northern Lights. The plasma used at PPPL for fusion energy research is heated to many times the temperature of the center of the sun in order to fuse light elements to produce energy, like the sun and stars.

But the plasma for this invention, known as cold plasma, gets no hotter than about 120 degrees Fahrenheit. “You wouldn’t even feel it” under this use, Gentile said.

The technology has several advantages, Gentile said. Alcohol-based liquid sanitizers can cause health problems, and this eliminates that problem. Ultraviolet treatment creates shadows that block some areas of being disinfected. This eliminates that as well. Also, it operates continuously and with no labor cost, as no one has to spend time wiping down surfaces.

“We know plasma will kill viruses,” Gentile said. “We know how to make inexpensive plasma, and we know how to make low-temperature plasma. The challenge is to engineer an in-situ deployment configuration that will work in multiple applications. That’s the technology we have developed.”

Their device employs piezoelectric discharge technology to produce plasma. Piezoelectric devices are used in many applications, from igniting gas barbecue grills to the fast-responding valves in vacuum-based technologies. 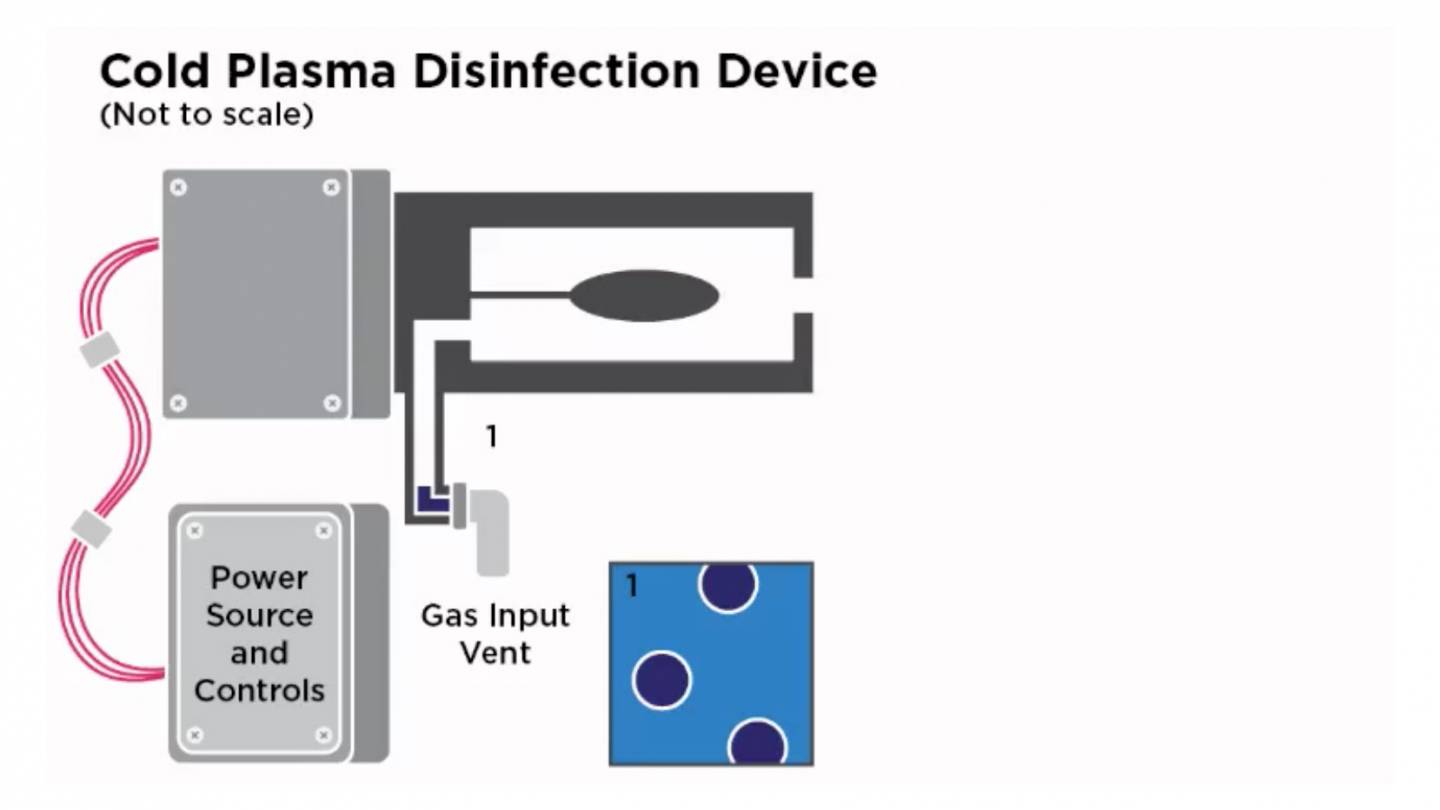 An invention (patent pending) to use cold plasma for continuous disinfection could provide a safe and effective, non-chemical way to reduce pathogens on surfaces like subway poles, keypads, escalator handrails and other high-touch surfaces.

While research has shown that surfaces are not a significant vector to transmit COVID-19, this technology could reduce cases of the flu, the common cold and any other infection you can pick up from touching contaminated surfaces, the inventors say. “This could reduce people getting sick in general,” Silber said. “There are 3 million escalators in the United States, with two handrails each. That’s 6 million handrails touched daily. Imagine if we could keep those constantly disinfected.”

“This technology has the potential to continuously sanitize commonly touched surfaces,” said Chris Wright of Princeton University’s Office of Technology Licensing. “The technology is available for licensing, and we are actively discussing how to move the invention from lab to market with multiple interested parties.”

The work, explained on the Princeton University technology transfer web site, was funded by the U.S. Department of Energy using Laboratory Directed Research and Development funds.

PPPL receives $4.3 million to increase understanding of the role that plasma plays in synthesizing nanoparticles