Manjul Bhargava was warned long ago never to think about math while driving. "I find doing mathematical research requires very deep concentration," said Bhargava, the Brandon Fradd, Class of 1983, Professor of Mathematics at Princeton. "It is almost like a meditative state."

On a sunny afternoon in his office, however, Bhargava is lively and enthusiastic as he talks about his research. He is known about campus for his mathematical accomplishments (in 2014 he won the Fields Medal, considered the highest honor in mathematics) and for his popular freshman seminar, "The Mathematics of Magic Tricks and Games." 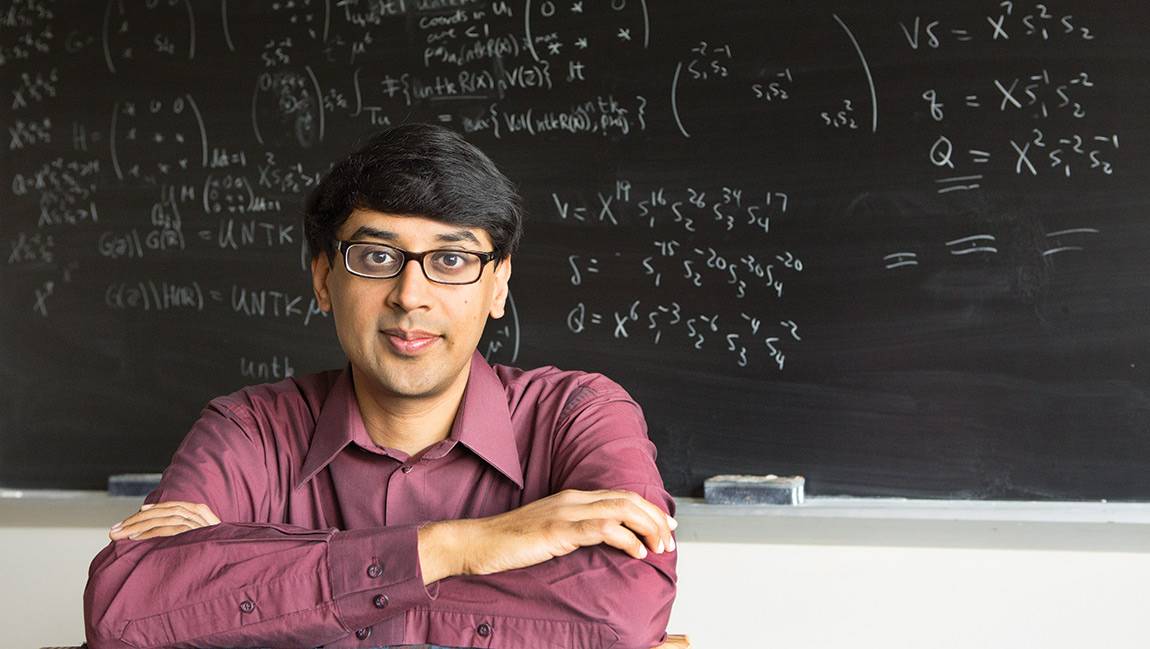 But it is his research on curves — or more precisely, elliptic curves — that has the mathematical world taking notice. Beautiful and practical, elliptic curves are at the forefront of mathematics research and are increasingly being used in cryptography algorithms to secure the privacy of online transactions.

They are also worth $1 million in prize money to the person who can explain them. Elliptic curves are at the heart of one of the seven greatest unsolved mathematical puzzles of our time, according to the Clay Mathematics Institute, which offers the prize. A team including Bhargava and Princeton Professor of Mathematics Christopher Skinner, along with mathematician Wei Zhang of Columbia University and Arul Shankar, who earned his Ph.D. at Princeton and is now at Harvard University, is making exciting progress.

Elliptic curves have captivated mathematicians because they have a special property: If you draw a straight line through any two points on the curve, that line will always intersect the curve at exactly one more point. Not only is this unusual — no other kind of equation has this property — but cryptography schemes can use this property to encode passwords.

"There is no known set of instructions for how to solve these equations, or even whether or not it is possible to solve them," said Skinner. Skinner and Bhargava receive support for their research from the National Science Foundation and the Simons Foundation.