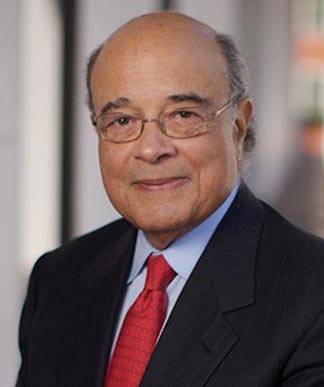 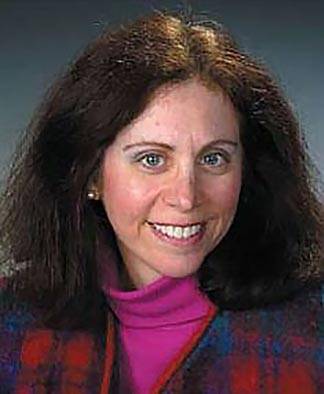 President Barack Obama is urging Congress to provide $1.8 billion in emergency funding to combat Zika virus, a mosquito-borne illness that has spread into more than 20 countries across Latin America since May 2015.

While much about this illness remains unknown, pregnant women are among those at greatest risk. The virus may have connections to microcephaly, a congenital condition causing babies to be born with abnormally small heads.

We discussed the Zika virus with Adel Mahmoud, a senior policy analyst and lecturer with the rank of professor in Princeton University's Woodrow Wilson School of Public and International Affairs, and an expert on infectious disease and vaccines; and Laura Kahn, a research scholar in the Program on Science and Global Security at the Wilson School, and a physician with an interest in integrating human, animal and environmental health. They share their reactions below.

Question: What do we know about Zika virus?

Mahmoud: Zika virus outbreak is another vivid example for the complex human-microbe interplay. It is a viral infection that was first described in Africa in 1952. In recent years, it caused epidemics on Yap Island and more recently in French Polynesia. The current epidemic is an extension of its spread from Oceania to Central and Latin America. While most individuals infected with Zika virus seem to suffer no clear or specific clinical manifestations, there is a strong suspicion that infection may be associated with microcephaly and Guillain-Barre syndrome, but conclusive evidence for causality is still being pursued.

Kahn: There is still much we don't know about the virus. What we do know, though, is that human behavior and activities such as environmental destruction lead to the emergence and spread of mosquito-borne viruses. That means that with long-term political will and commitment, it might be possible to prevent the next such outbreak.

Q: When was the virus first detected?

Kahn: The Zika virus was first discovered in April 1947, when a rhesus monkey became sick during a research program on yellow fever in the Zika Forest of Uganda. For decades, the obscure virus stayed within a narrow equatorial region spanning Africa and Asia. That changed in April 2007 when it first appeared on Yap Island, one of the Federated States of Micronesia. Since then, global travel has facilitated its spread to the Americas. To introduce the virus to a new area, all that is required is for one Zika-infected individual to go to a region without the virus and get bit by an Aedes species mosquito. The newly exposed mosquito then bites another individual and the viral fire takes off, like a match dropped on kindling. Once a novel mosquito-borne virus gets into a new region, it is very hard, if not impossible, to eradicate.

Q: Traveling is one way the virus is spread. How else do humans contribute to viral outbreaks like Zika?

Kahn: By destroying forests and other ecosystems, we have inadvertently created incentives for mosquitoes to seek new habitats — namely densely populated urban areas. Climate change is theoretically another driving force behind the expanding geographical range of certain mosquito species, although right now, the data is too limited to make any definitive conclusions.

Q: Why isn't there a vaccine for the Zika virus? How quickly could one be developed?

Mahmoud: The global response to emerging infection has been fragmented and not well funded or coordinated. We witnessed what happened with the recent outbreak of Ebola virus in West Africa. In spite of having several candidate vaccines discovered and tested in animal studies, no further development of these vaccines was initiated until well into the outbreak. The delay cost tremendous loss of lives and economic and societal hardship. Currently there are no Zika virus vaccines identified. The first step is to define what will be a possible vaccine candidate and then follow an accelerated development of one or more of these candidates. It will take several years before a product may be approved for human use.

Q: What are the current treatment options?

Mahmoud: There are no current treatments for Zika virus infection. The main approach is symptomatic relief. The major challenge is infection in pregnant woman, where the scientific knowledge is not clear and the extent of risk for the unborn is to be determined. Termination of pregnancy with all safety, social and religious concerns is an option that has to be seriously considered. The only other reasonable approach is prevention of mosquito bites — particularly for those at increased risk of infection.

Q: Is this the type of scenario in which a global vaccine fund — like you proposed in the New England Journal of Medicine months ago — would be useful?

Mahmoud: The availability of a global vaccine fund for emerging infections and those prevalent in poor countries would address some of the challenge we are facing with Zika. The first step in vaccine science is to discover and characterize candidates; these efforts are being aggressively pursued by the National Institutes of Health, the pharmaceutical and biotechnology industries, and many academic researchers. A global vaccine developmental fund will fill the gap between discovery and actual development of a product that can be used.

Q: How can we prevent outbreaks like this going forward?

Kahn: Over the long term, we need strategies that limit some of the human behavior that leads to mosquito-borne outbreaks. We have no one to blame but ourselves. The question is: When will political leaders decide to be proactive and develop effective policies to mitigate these problems? Mosquitoes may thrive in slums, but they're equal-opportunity biters and don't stop for national borders. All urban areas require clean, safe water supplies and modern sanitation systems, both for the sake of the people who live there and for the rest of the world.