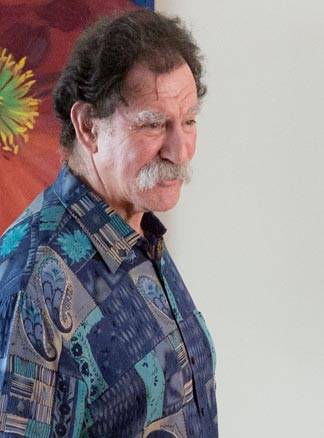 Paul Reider, a lecturer with the rank of professor in Princeton's Department of Chemistry, designed the freshman seminar "Drug Discovery: From Snake Venoms to Medicines" to provide students with an idea of the effort, information and moral quandaries involved in treating disease.

Princeton's newest undergraduates are setting out on a path of inquiry and discovery this spring through the University's freshman seminar program.

A total of 281 freshmen are enrolled this semester in 26 seminars, each of which is held in one of the six residential colleges. The seminars are open to students from all of the residential colleges. Class discussions often continue in informal settings on and off campus, through meals, guest lectures, field trips and other activities.

Paul Reider spent many years developing drugs for the pharmaceutical industry, working with top chemists to combat some of humanity's worst diseases, such as HIV. Nonetheless, the optimism and open-mindedness he sees the Princeton University freshmen he teaches bring to health care issues consistently impresses him.

"It's what they don't know that makes them wonderful," said Reider, a lecturer with the rank of professor in the Department of Chemistry. "They are the most uninhibited and outspoken students I deal with. They're so much smarter than I am and completely uninhibited with their questions. And they're the right questions."

For three years, Reider has taught the freshman seminar "Drug Discovery: From Snake Venoms to Medicines," which is formally designated the Shelly and Michael Kassen '76 Freshman Seminar in the Life Sciences. Students learn about and discuss the technical and regulatory processes — and ethical issues — behind disease treatment and drug development. 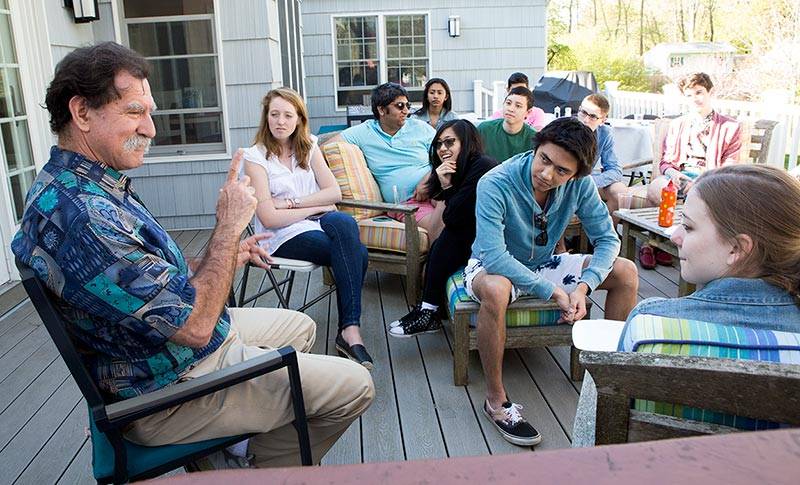 Above, Reider hosts a discussion about the ethics of drug delivery at his home April 20. Reider, who led the production of the landmark HIV drug Crixivan in the 1990s, told the students during the lesson that they will likely face a public health crisis in their lives: "You, too, will live through what I lived through."

As a semester-long project, the students form teams that work toward a real solution to a problem associated with an ailment. This year, the students formed four groups that are addressing Alzheimer's disease, amyotrophic lateral sclerosis (ALS), autism and chikungunya, a mosquito-borne viral infection that causes severe fever and pain.

Demi Zhang, of Cleveland, said that because of the societal gravity of disease and health care she could not allow herself to go through life not knowing much about them. With her mother and grandparents being from China's Xinjiang region, Zhang grew up learning about disease prevention and traditional medicine more than modern drug development, she said.

Zhang works in the group studying ALS, which causes muscular degeneration and is the impetus behind the popular Ice Bucket Challenge. The group is working on methods of identifying genetic and non-genetic causes of the disorder. The project — like the class in general — has taught Zhang that for everything she knows about a disease, there seems to be vastly more that she didn't know.

"There are so many critical questions about ALS that aren't answered. It's frightening how much we don't know about it despite how much publicity it's had," Zhang said. "It's not going to be a problem with one solution and that's the biggest thing I have learned from this class — disease is complicated." 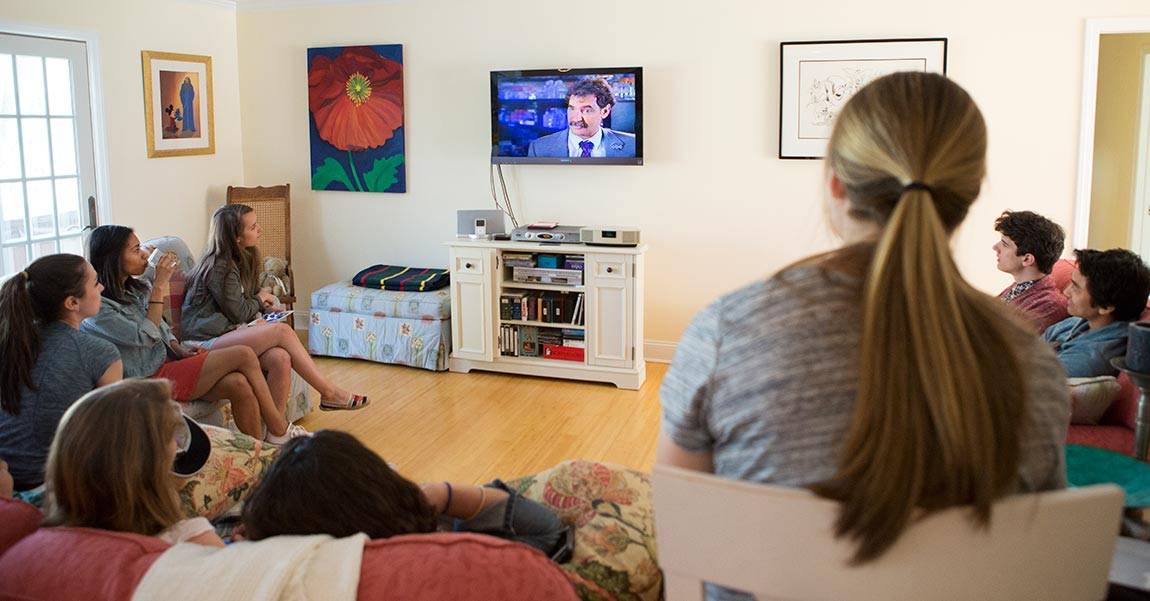 During the lesson at Reider's home, the students watched a 1995 news segment featuring Reider about a controversial lottery set up to distribute Crixivan while it was still in clinical trials. Afterward, the students discussed how they would efficiently and ethically distribute a drug with a limited supply but high demand.

Reider spent decades immersed in that complexity. He worked 22 years in drug development and production for pharmaceutical giant Merck and Co. Inc. before retiring in 2002. He went to work at biotechnology company AMGEN before joining Princeton's faculty in 2008. In 2011, he received the National Academy of Sciences Award for Chemistry in Service to Society for his work developing drug treatments for various diseases, including HIV. He led the manufacturing process for Merck's landmark drug Crixivan, an antiretroviral released in 1996 and still used globally that made AIDS treatment far more manageable.

Reider designed the seminar to provide students with a non-science background with an idea of the effort, information and moral quandaries behind treating disease. The class draws on theory as well as case studies and real-life events. He points out the strengths and weakness of both the regulatory agencies and the pharmaceutical companies.

"People don't understand where drugs come from or why they're important," Reider said. "This class teaches them about the diversity of opinions, what the issues are and really what the landscape is, the issues that need to be worked on."

For José Mazariegos, from near San Francisco, the issues of access and the cost of treatment stuck out. "I didn't like the ring of it that people are making a profit off humanity," he said. "Saving lives should be a big enough reward."

Mazariegos said that before taking Reider's seminar he never knew much about medicine other than how to get it. "I never understood the processes behind it or how value is put on a drug," he said. "I feel like I was really lucky to get Paul as a freshman seminar teacher, especially because he has so much knowledge. He does a great job of introducing science material in a way that is not science heavy." 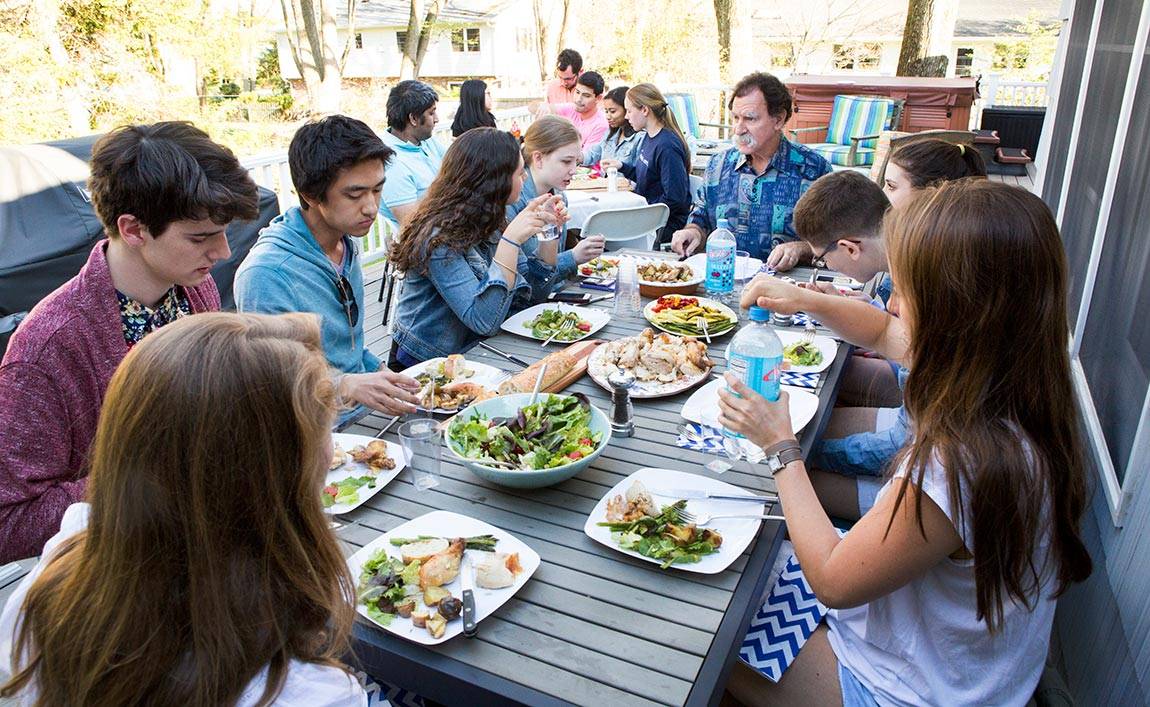 Reider hosts a dinner and class discussion at his house for the seminar. He said the dinner "essentially bridges a gap between professor and student.”

On April 20, seminar students gathered at Reider's house for the dinner and discussion he hosts every year. ("This is their first year away. To be in someone's home is missing from their academic experience," Reider said.) The evening's lesson was the last in a series about HIV. Reider presented a 1995 segment from ABC's Nightline titled, "Gambling for Time," about a lottery Merck instated during the clinical-trial phase of Crixivan.

The lottery was criticized at the time for seeming too cavalier; Merck said it was the only way to distribute the drug fairly. Reider, who was interviewed on-camera for the story, worked with AIDS activists to ensure them that the drug was being produced and made available quickly and efficiently. During the class discussion, Reider said, "This was the proudest moment of the pharmaceutical industry — we all worked together."

The Nightline piece aired in the worst years of the American AIDS epidemic of the 1980s and '90s, which had begun to pass by the time Raina Seyd, from Los Angeles, was born. But her parents remember it, and they remember Reider in particular. "It's surreal," she said. "They said he saved their friends' lives."

Seyd, who had an interest in medicine in high school, said that knowing about diseases and treatment seems like "life preparedness," essential information for a person to have. Seyd said during the class discussion that she was impressed by the effectiveness of the AIDS activists featured in the Nightline piece. She wondered if the glut of information that exists in the era of the internet and social media would make such an effort less effective.

"I feel people get complacent because we get so much information," Seyd said. "You wonder how much effect an activist campaign would have."

Reider pointed out that the drug-development process has slowed since the mid-1990s — more barriers exist between regulatory agencies, which are not as efficient, and pharmaceutical companies, which are more profit-driven, he said. If the Zika virus, for instance, ever became a crisis, developing and releasing a treatment would "move too slowly," he said.

Lilly Chadwick, of Nashville, Tennessee, said that as a consumer, she found what she learned about the regulatory process comforting. "If you didn't know anything about the industry, you'd think that there's a need and a scientist just comes up with a drug," she said. "It was kind of uplifting that there's research the average population doesn't know about, but at the same time it's troubling that it takes years to approve drugs."

Chadwick works in the group studying Alzheimer's disease. They're coming up with a model procedure for developing diverse test trials and framing economic costs. Chadwick said the project teaches her skills she knows would be useful in a variety of fields. At the very least, it shows her the range of factors that go into treating disease.

"The procedure behind finding a drug all seemed very arbitrary to me," Chadwick said. "But there are so many things going on that the everyday public is not aware of."