Putting on a party: Class of 2016 escorts senior citizens to centenarian prom

With their senior theses turned in and graduation around the corner, Princeton's senior class made some time to celebrate with a prom — and with dates five times their age.

The Class of 2016 partnered with the assisted living facility Brandywine Living at Princeton on Thursday, April 28, on a Centenarian Senior Prom. Nine guests who were at least 100 years old and an additional 15 "junior" residents who were between 90 and 100 attended the event with about 30 University students as their escorts. The University also will hold a senior prom for graduating students and their families on campus on Sunday, May 29. 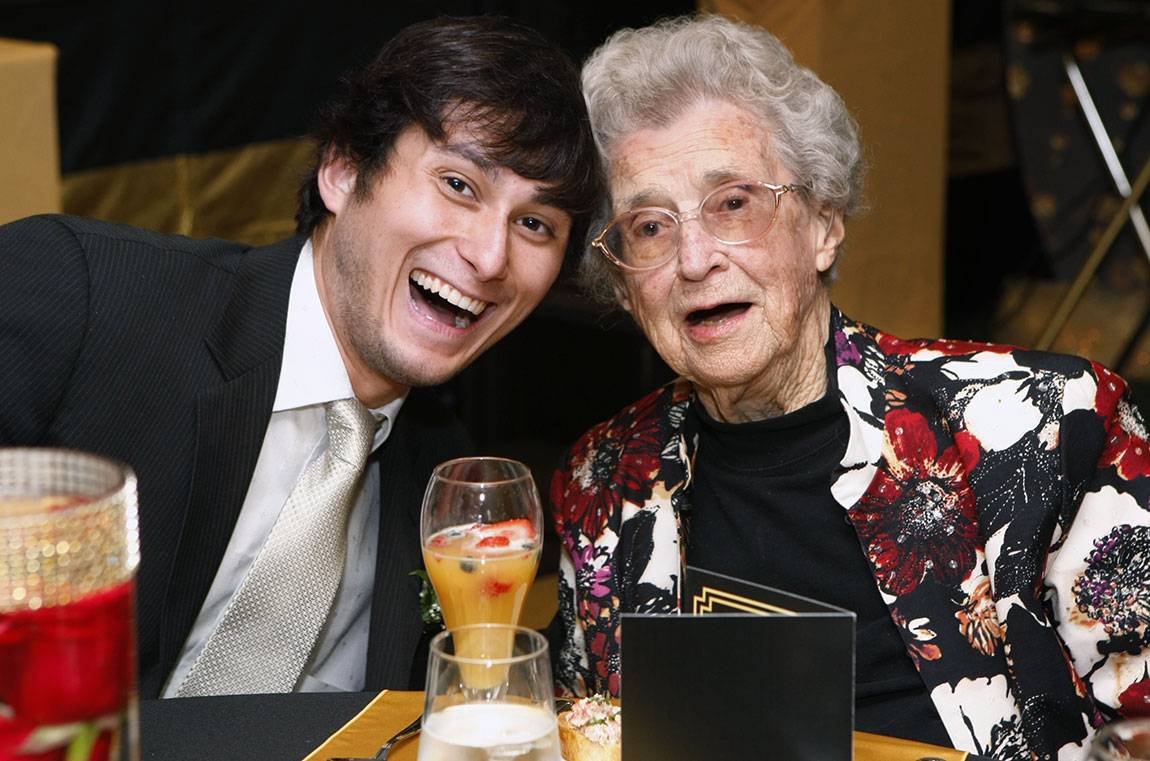 The prom theme was "Puttin' on the Ritz," after the 1920s Irving Berlin tune. The festivities included live entertainment from two student groups, the band Valley Academy and the Katzenjammers a cappella ensemble, along with the coronation of a prom king and queen.

Justin Ziegler, Princeton's senior class president, was paired up with Martha Munster, 103, who was crowned prom queen. "She danced with me, and she was the one who was leading," he said. "A lot of the students didn't know what to expect but it exceeded all of our expectations. The residents were absolutely wonderful, giving us really important advice, and when they talked about what's important to them, it put things in perspective for us. It's an event we're going to remember for a very long time." 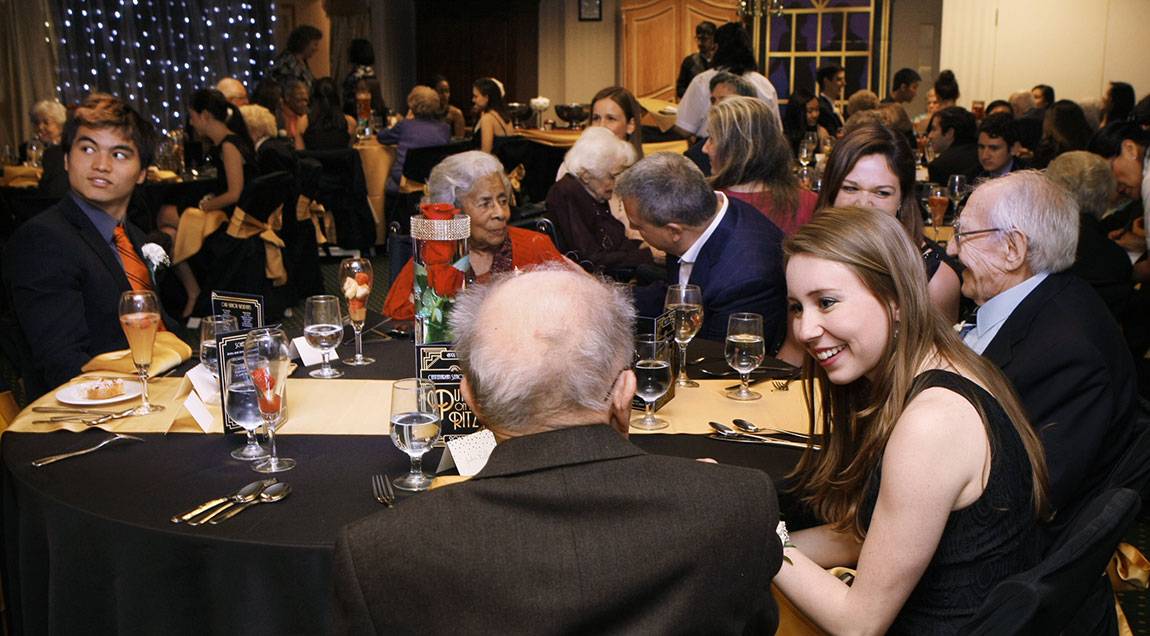 About 30 University students, 9 centenarians and 15 residents between 90 and 100 participated in the semiformal event, which had the theme of "Puttin' on the Ritz." 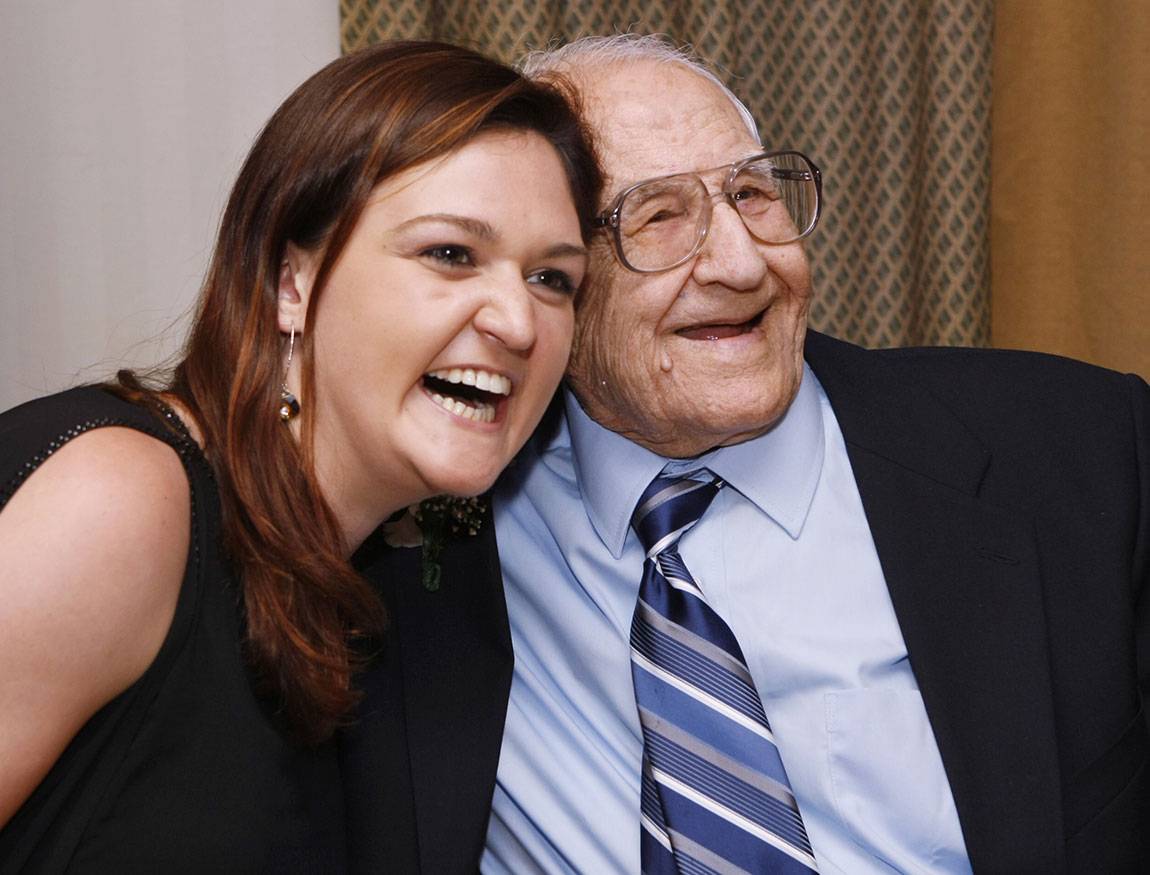 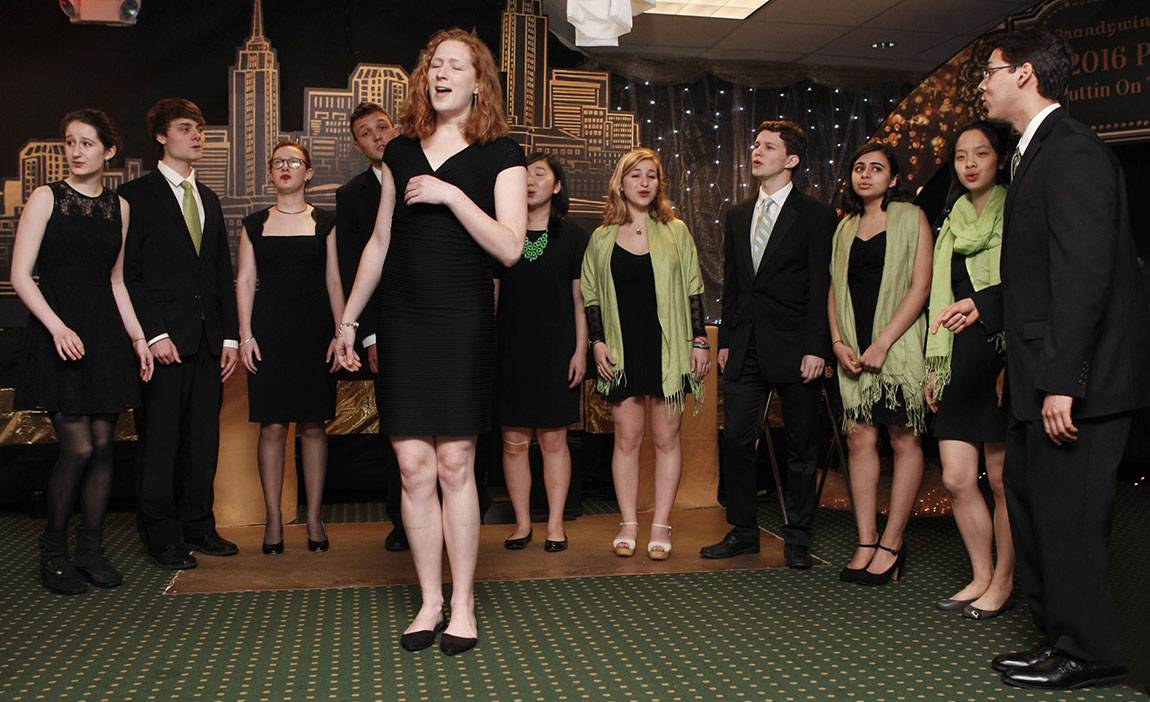 The Katzenjammers, a University a cappella group, provided some of the evening's entertainment.

See more images in our Facebook album from the event.

Graduation images for friends and family