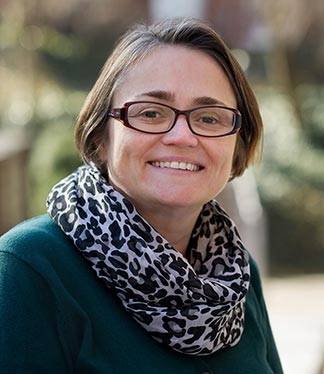 In a 5-3 ruling, the Supreme Court struck down a Texas law that imposed regulations on abortion clinics in the state.

The law, passed in 2013, required doctors performing abortions to have admitting privileges at nearby hospitals. Clinics were also required to be outfitted like surgical centers.

Both provisions placed "unconstitutional burdens" on women's reproductive choices, the court ruled in a decision issued Monday, June 27. Justice Anthony Kennedy joined the liberal side in the 5-3 ruling, marking the first time in 15 years that the court limited state abortion legislation.

Heather Howard, lecturer in public affairs at Princeton's Woodrow Wilson School of Public and International Affairs and a former New Jersey Commissioner of Health and Senior Services, answered questions about the ruling and its implications.

Question. Can you provide a brief overview of the case—Whole Woman's Health v. Hellerstedt?

Answer: At issue in Whole Woman's Health v. Hellerstedt were parts of H.B. 2, a Texas law regulating abortion clinics. Specifically, Texas required abortion providers to have admitting privileges at nearby hospitals and that abortion clinics upgrade their facilities to meet the licensing standards for surgical centers. The practical impact of these regulations, if upheld by the court, would have been the closure of three-fourths of the clinics in the state, severely limiting women’s access to abortion services. The court found that by restricting access to abortion services without any convincing rationale, the regulations placed an undue burden on a woman’s right to an abortion.

The impact is being felt beyond the Texas law. The day after the decision, the Supreme Court declined to hear Mississippi and Wisconsin admitting privileges cases, permanently blocking those laws, and the Alabama attorney general announced he would no longer defend that state’s admitting privileges requirement.

Q: Is this the ruling you expected?

A: The ruling was a stronger repudiation of state abortion restrictions than many expected. At a time when state-level restrictions have reduced access to abortion services, threatening to negate the legal right to abortion, this decision further defines the contours of what constitutes an impermissible "undue restriction" under the Supreme Court’s 1992 decision in Planned Parenthood v. Casey, and effectively puts new limits on state efforts to restrict access to abortion in the name of protecting women’s health.

Q: This is the first time in 15 years the Supreme Court has imposed limits on state abortion restrictions. Why do you think we’re seeing this now?

A: Following years of efforts to impose demand-side restrictions on women seeking abortions, such as mandatory waiting periods, we have more recently seen a dramatic increase in supply-side restrictions on access to abortion services, many taking the form of state targeted regulation of abortion providers, known as TRAP laws, like the one in Texas. The result has been a reduction in abortion providers and limited access for women in large swaths of the country. In Whole Woman’s Health v. Hellerstedt, the Supreme Court made clear that states do not have unlimited flexibility to impose restrictions under the guise of health protection. I would expect that abortion rights supporters will look to test the boundaries of the ruling by bringing challenges to other state abortion laws.

A: The majority opinion recognized that states have a legitimate interest in ensuring the safety of patients seeking abortions, but found nothing in the record that demonstrates the new law advanced the state’s interest in protecting women’s health, and also that the restrictions placed "a substantial obstacle in the path of a woman's choice." The majority noted briefs from medical professionals regarding the safety of abortion procedures, and the "virtual absence of any health benefit" in the new restrictions. Moreover, as Justice Ruth Bader Ginsburg noted in her concurrence, "When a State severely limits access to safe and legal procedures, women in desperate circumstances may resort to unlicensed rogue practitioners, faute de mieux [for lack of anything better], at great risk to their health and safety."

Q: Abortion is likely to be a key issue in the presidential campaign. How might this ruling influence the presidential race and campaign messaging? More generally, how can the next president protect women’s health?

A: This ruling reminds the public about the important role of the Supreme Court. Coming at a time when the Supreme Court is down to eight justices due to Justice Antonin Scalia's death earlier this year, it increases the stakes and likely means the abortion issue will be even more salient in the presidential election.