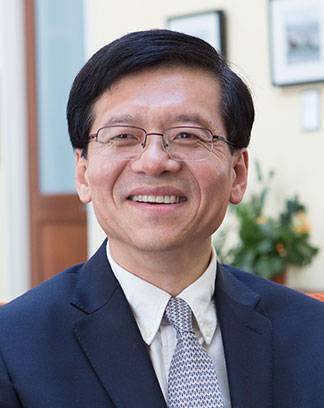 Why do Asian American students, on average, outperform their white classmates?

Researchers have long pointed to two explanations: Asian Americans families are comparatively well-off and they place a stronger emphasis on academic success for their children.

"If you ask the question of how Asians differ from whites, they actually don't differ much if they're all from high socio-economic, well-educated families," said Xie, the Bert G. Kerstetter '66 University Professor of Sociology and the Princeton Institute for International and Regional Studies. "They differ a lot if they come from families that are poor or uneducated. For children from those families, racial differences are pronounced."

The research is detailed in an article titled "Why do Asian Americans academically outperform Whites? — The cultural explanation revisited," published this month in the journal Social Science Research.

Xie and Liu examined data on roughly 9,000 white and Asian American 10th-grade students from the Educational Longitudinal Study, a nationally representative survey that began in 2002. The survey, conducted by the National Center for Education Statistics, collected information about the students' academic performance as well as their work ethic, the educational expectations of the students and their parents, and the students' behavior in school.

The findings "support our argument that Asian Americans' behaviors and attitudes are less influenced by family SES than those of whites are and this difference helps generate Asians' premium in achievement — as is especially evident at lower levels of SES," the researchers write in the article.

The new research is important because some previous work has suggested that the relative wealth of Asian Americans is responsible for their academic success,   said Amy Hsin, an assistant professor of sociology at Queens College, City University of New York, who collaborated with Xie on prior research in this area.

Xie said the research offers evidence that academic success need not be linked exclusively to a student's economic background.

"If children believe they can escape the traps of poverty by education, that's a good thing," he said.

In future research, Xie said he hopes to examine differences among Asian American groups more closely and to find better measures of noncognitive skills — such as ambition, resilience and conscientiousness — that lead to academic success.